President Joe Biden issued a statement Saturday night after Donald Trump was acquitted of impeachment a second time, saying that the “substance of the charge” against him — incitement of insurrection — was “not in dispute.”

He also said all Americans have a duty to “defend the truth and to defeat the lies.”

Seven Republicans joined Democrats in a 57-43 Senate vote to convict Trump, but it was far short of the two-thirds required.

Biden pointed to Sen. Mitch McConnell (R-Ky.), who voted to acquit because he claims it is unconstitutional to convict a former president.

“Even those opposed to the conviction, like Senate Minority Leader McConnell, believe Donald Trump was guilty of a ‘disgraceful dereliction of duty’ and ‘practically and morally responsible for provoking’ the violence unleashed on the Capitol,” Biden wrote. 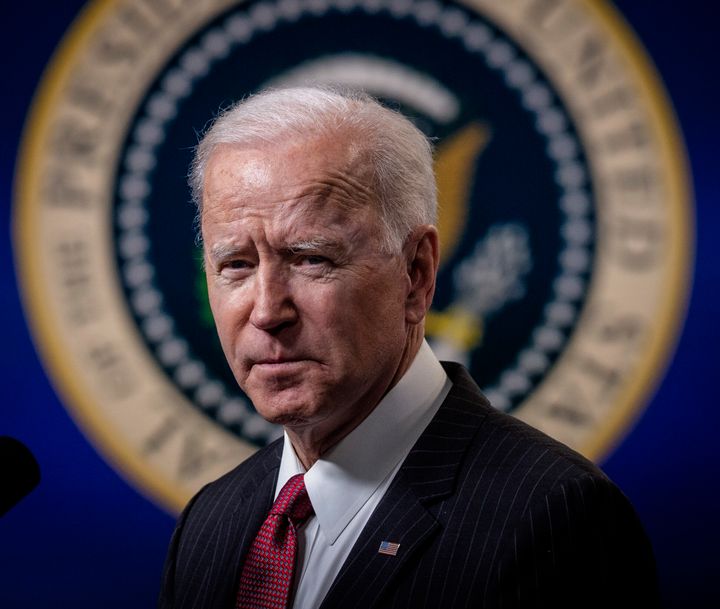 The president honored those who protected the Capitol during the attack, as well as those who battled to protect democracy.

“I’m thinking about all those who lost their lives, all those whose lives were threatened, and all those who are still today living with terror they lived through that day,” he wrote. “And I’m thinking of those who demonstrated the courage to protect the integrity of our democracy — Democrats and Republicans, election officials and judges, elected representatives and poll workers — before and after the election.”

He added: “This sad chapter in our history has reminded us that democracy is fragile. That it must always be defended. That we must be ever vigilant. That violence and extremism has no place in America. And that each of us has a duty and responsibility as Americans, and especially as leaders, to defend the truth and to defeat the lies.”

That is “how we end this uncivil war and heal the very soul of our nation,” he concluded. “That is the task ahead. And it’s a task we must undertake together. As the United States of America.”

Trump earlier in the day issued his own preening statement following his Senate acquittal, portraying himself as a champion of the Constitution and law and order.

He didn’t once refer to the deadly storming of the Capitol that claimed five lives.

Instead, Trump boasted of himself as a “champion for the unwavering rule of law, the heroes of law enforcement, and the right of Americans to peacefully and honorably debate the issues of the day without malice and without hate.”

He blasted Democrats for doing exactly what he has been accused of: “Given a free pass to denigrate the rule of law, defame law enforcement, cheer mobs, excuse rioters, and transform justice into a tool of political vengeance.”