Biden’s SOTU ‘zero mention on Afghanistan’ is a ‘slap in the face’: Rep. Michael Waltz

Rep. Michael Waltz, R-Fla., weighs in on Biden’s first State of the Union address and the Russian invasion of Ukraine.

During an interview on "Mornings with Maria," Rep. Michael Waltz, R-Fla., weighed in on Biden's first State of the Union Address, slamming the President for no mention of the botched Afghanistan withdrawal.

STATE OF THE UNION: BIDEN TO UNVEIL PLAN FOR LOWERING PRICES

REP. MICHAEL WALTZ: I just want to go back to what you just mentioned about, zero mention- nothing- on Afghanistan. I mean, just frankly, what a slap in the face to those 13 gold star moms, to our allies that we left behind and to the service members that at some point are going to have to go back over to deal with this terrorism problem and barely any mention of China, either. But on Russia, look once again, others are leading. The EU is moving towards more and more restrictions on Russian oil and gas. Canada has put in a ban. But Biden knows and Putin knows that he's boxed in a corner on this. The price is shooting through the roof that's affecting Americans at the pump. It's a big driver of inflation and that, you know, there were over 100 progressives in the room at the State of the Union. He wouldn't dare talk about unleashing American energy just incredibly, another disappointment. 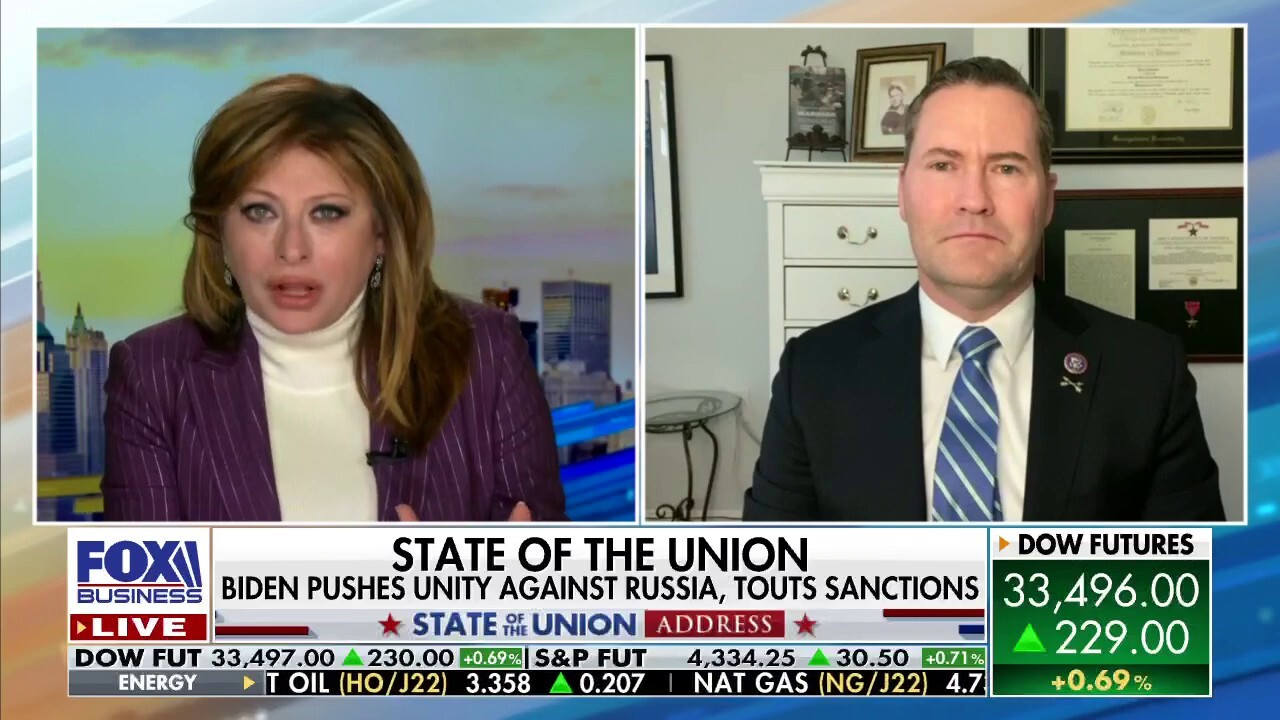 Rep. Michael Waltz, R-Fla., weighs in on the threat of China, Biden’s State of the Union Address and the Russian invasion of Ukraine.