A handful of conservative groups are aiming to block the confirmation of two of President Biden’s most controversial nominees, using an ad campaign targeting lawmakers, their staff and their constituents.

Judicial Crisis Network (JCN) and Heritage Action for America are set to spend well over $1 million on ads excoriating Vanita Gupta and Xavier Becerra as too far left to be confirmed by the Senate. Politico first reported on the effort.

“When you look at his actions as attorney general, you see really a pattern of going after religious liberty exemptions, forcing abortion nationwide,” Heritage Action Executive Director Jessica Anderson said of Becerra. “And that’s kind of the point, because he’s getting an activist, if you will, for the progressive left his entire career.” 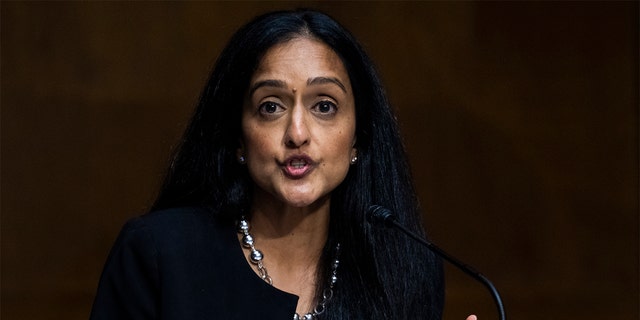 The Heritage Action ad targeting Becerra specifically emphasizes the fact he “sued Catholic nuns.” That’s a reference to Becerra’s legal action against the Little Sisters of the Poor, a group of Catholic nuns that serves underprivileged communities. Becerra was attempting to force them to provide insurance coverage for contraceptives for their employees after a federal rule said they did not have to do so.

The Heritage Action campaign, which will include the ad on Becerra and one more in the future, will cost $600,000 total, with $400,000 being spent on television ads in the D.C. market to run on Fox News, CNN and MSNBC. The group will also spend $200,000 for two waves of digital ad placement. Heritage Action will hit the D.C. market with digital ads for the next five days then shift to states of potential swing-vote senators.

An ad from JCN, meanwhile, calls Gupta “a dangerous appointee at a dangerous time,” alleging that her selection breaks Biden’s promise of “unity.”

“She supports defunding the police, led a group that wants to reduce punishments on white supremacists, even terrorists,” it says. “When our cities burned, Gupta could have stood for law and order for victims. Instead, she advocated to let convicts out of jail.”

JCN will spend $800,000 on television ads for its campaign that will be focused mainly but not exclusively on the D.C. market. 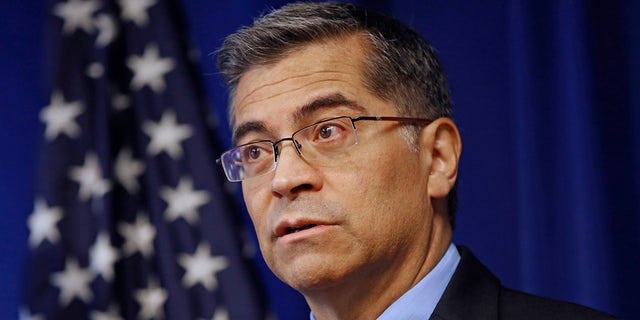 “Becerra and Gupta are great examples in the Cabinet level of where that’s happening, and when you look at the extremist policies that they represent, it’s truly disturbing,” Severino said. “Gupta, for example, comes straight from leading those groups.”

Indeed, the Leadership Conference, where Gupta has been a prominent name, particularly in opposing Trump judicial appointments, is a 501(c)4 advocacy group, which doesn’t need to disclose its donors. JCN and Heritage Action are also 501(c)4 groups.

Severino said there is a “chasm between how Joe Biden presented himself when he was going before the American people for election as someone who would be reaching out in a bipartisan way, the time for healing, all of this wonderful rhetoric. But at the end of the day, he is responding to the people who helped his campaign more than the people who actually voted for him.”

There is a related, parallel ad campaign also underway from the group Americans for Public Trust accusing “liberal dark money” of getting preferential treatment in the Biden administration, though it does not mention Becerra or Gupta.

Senate Democrats, meanwhile, have praised both Gupta and Becerra.

“From leading the Civil Rights Division at the Department of Justice during the Obama Administration to serving as the President and CEO of the Leadership Conference on Civil and Human Rights, Ms. Gupta has demonstrated a strong commitment to civil rights and racial justice issues throughout her career and is eminently qualified to serve as Associate Attorney General,” Sen. Cory Booker, D-N.J., said of Gupta.

“I’m pleased that President-elect Biden has chosen a groundbreaking, qualified, and dedicated nominee like Xavier Becerra,” Sen. Dick Durbin, D-Ill., said late last year. “I look forward to working with Mr. Becerra as Secretary of HHS to restore the scientific integrity of our health agencies and to improve the health of Americans.”

Nominations for Biden’s administration are uniquely precarious efforts for Democrats because of the 50-50 partisan spit in the Senate. So far, none of Biden’s nominees have been rejected because the Senate has prioritized relatively uncontroversial nominees, largely for positions related to national security.

But now it is gearing up for hearings, debates and votes on more polarizing individuals like Gupta and Becerra — the California AG famously sued the Trump administration more than 100 times — that could be torpedoed if Democrats lose any votes.

“If even one Democrat senator is willing to stand up to his or her party and reject these extremist nominees, then it can be stopped,” Severino said.

Anderson that the groups are following the playbook they used to support former President Donald Trump’s Supreme Court nominees, but now to oppose Biden’s picks for his administration.

Added Severino: “We have been working on nomination both through the judicial and Cabinet level for many years. So it’s definitely learned with [Supreme Court Justice Amy Coney] Barrett but also, you know, obviously going back many years.”

Anderson also said Heritage will mobilize its volunteer base in those states to oppose the nominees. This effort, she said, will include call scripts and sample social media posts provided to activists.

“This is a full-court press on our part,” she said.