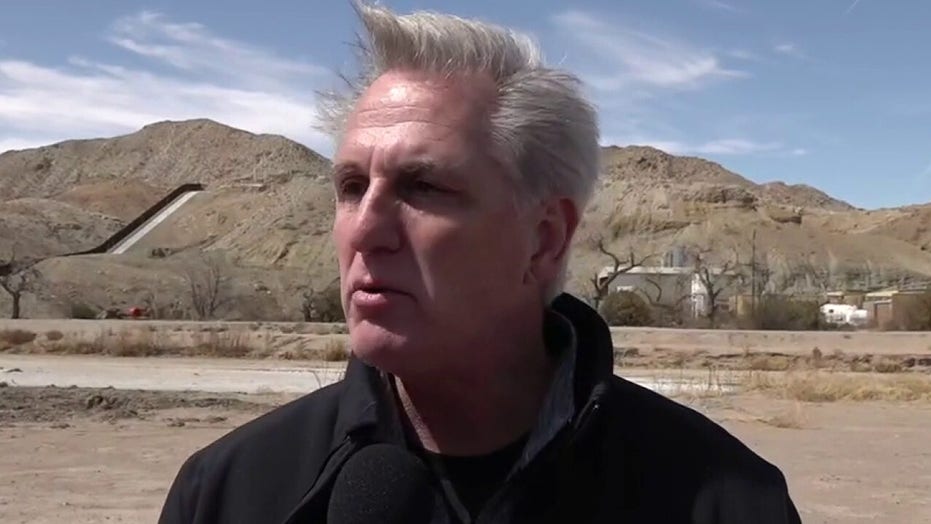 House Minority Leader Kevin McCarthy, R-Calif., speaks exclusively with Fox News after a press conference about the growing crisis at the border.

House Minority Leader Kevin McCarthy, R-Calif., and other GOP lawmakers called on President Biden to admit fault and work to reverse changes to immigration policies that they said have caused a dangerous surge in migrants at the southern border.

McCarthy, who spoke alongside a group of 12 other Republicans in El Paso, Texas, following a tour of nearby border facilities, asserted that Biden’s actions to unwind Trump-era immigration policies created a situation he described as “more than a crisis.”

U.S. Customs and Border Protection reported encounters with more than 100,000 migrants in February alone, stretching capacity at border facilities and requiring the diversion of CBP personnel from other checkpoints. The number of migrant children in custody at border facilities tripled to more than 3,250 in recent weeks, with many held longer than allowed under existing immigration law. 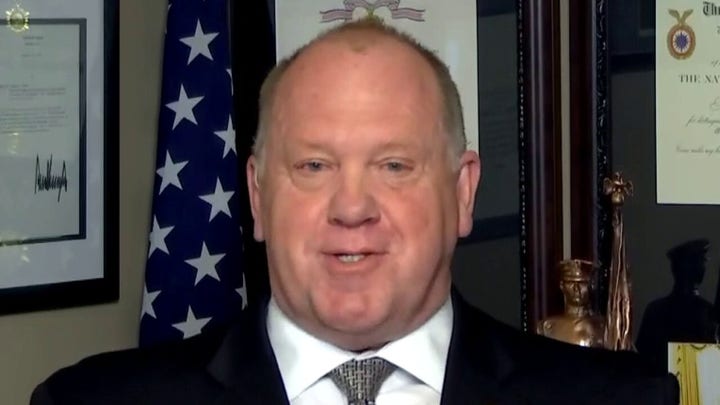 McCarthy said Biden has not responded to a letter he wrote calling on the administration to work toward a bipartisan solution to address the border crisis.

More than 10% of migrants tested for COVID-19 are positive, according to McCarthy. He argued the president’s approach to immigration policy ran contrary to his cautious approach to the pandemic.

“At a time when our president would keep our country closed and when maybe we have hope for a Fourth of July just to get together, maybe, with our families, how much spread of COVID is he creating every single day by his policies along this border?” McCarthy said. “It’s wrong and it has to end and it needs to end now.”

Biden has taken several actions to reverse the Trump administration’s immigration policies, including an end to funding for Trump’s border wall and a loosening of restrictions for asylum claimants.

“There is indeed disorder at the border by executive order,” Katko said.

GOP critics have called for days for the Biden administration to refer to the situation at the border as a “crisis.” Meanwhile, prominent Democrats, including House Speaker Nancy Pelosi, D-Calif., have accused Republicans of attempting to exploit the situation for political purposes.

White House press secretary Jen Psaki said the “majority” of migrants who arrive at the border are turned away despite Biden’s unwinding of certain policies. Homeland Security Secretary Alejandro Mayorkas and Domestic Policy Adviser Susan Rice were part of a group of Biden administration officials who visited border facilities earlier this month.

Rep. Yvette Herrell, R-N.M., one of the GOP lawmakers at the El Paso event, said Biden’s handling of immigration amid a pandemic has “made no sense at all.”

“This is a humanitarian crisis, but it’s also a public health crisis and Americans are just as much at risk as those making the trek over,” Herrell said.