Saying that his administration will “spare no expense,” President Biden on Monday announced that he is doubling funding for the Federal Emergency Management Agency’s (FEMA) extreme weather preparations.

“FEMA’s going to make $1 billion available to the states, territories, tribes and rural communities” through the Building, Resilient Infrastructure and Communities (BRIC) program, Biden said after a briefing at FEMA’s headquarters.

“That’s double the funding available from last year, and it’s going to help communities, including those too often overlooked,” the president emphasized. 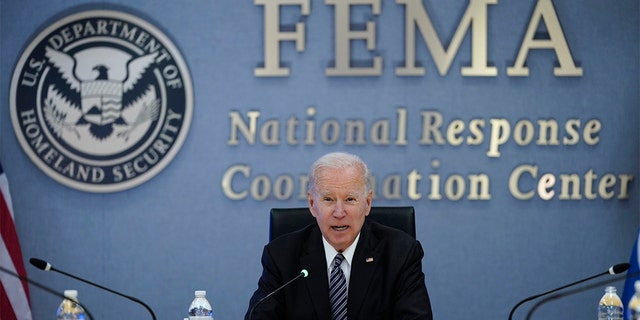 The increased funding comes after a surge in major hurricanes during 2020, with a record-breaking 30 named storms and a dozen hurricanes or tropical storms that made landfall in the U.S. The National Oceanic and Atmospheric Administration (NOAA) is projecting another heavier than average storm season for 2021, with 13-20 named storms likely, 6-10 becoming hurricanes, and 3-5 reaching major hurricane status.

Biden noted that last year the nation “faced the most named storms on record – 7 out of the 30 named storms alone claimed 86 lives and caused more than $40 billion in damage.”

And he warned that “this year NOAA is focusing on another severe season.”

“We’re going to spare no expense, no effort, to keep Americans safe and respond to crises when they arise, and they certainly will,” the president highlighted. “Now it’s time to get ready for the busiest time of the year for disasters in America – hurricane season in the South and East and the fire season out West.”

Biden stressed that his announcement had nothing to do with partisan politics. “It’s about not about red states and blue states. You all know that. It’s about having people’s backs in the toughest moments that they face, ready with food, water, blankets, shelters and more,” the president said.