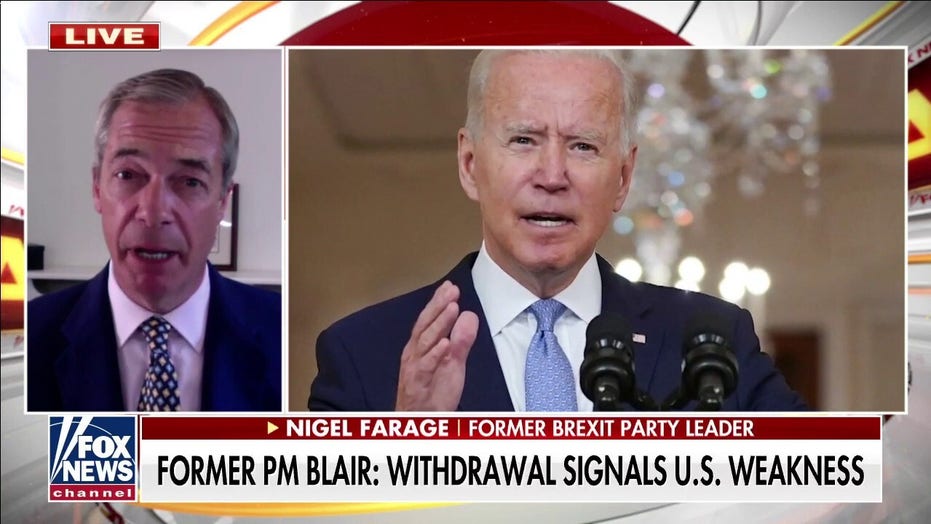 Biden has taken America back to ‘total isolationism’: Nigel Farage

President Biden continued his bizarre habit of implying his handlers call the shots from behind the scenes on Wednesday when he concluded remarks in honor of labor unions by saying what he was “supposed” to do.

“I‘m supposed to stop and walk out of the room,” Biden said after finishing prepared comments in the East Room of the White House.

Biden defied his handlers and didn’t immediately exit the room. However, the moment quickly reminded viewers that Biden has often suggested other people set the rules and dictate what he is allowed to do.

The trend began with Biden’s first formal White House press conference as president in January. Following his remarks about his “Made in America” manufacturing initiative, a member of Biden’s staff was heard calling on specific reporters to ask their questions to the president, something that was similarly done during the 2020 presidential election and the transition period. However, the president has since escalated the practice and Biden has repeatedly suggested he’s not in the driver’s seat when it comes to handling the press.

In recent memory, Biden has said, “I’m not supposed to take any questions,” admitted he was “instructed” to call on specific reporters, declared “they gave me a list of people I’m going to call on,” told reporters he would “get in trouble” if he didn’t follow orders and even said, “I’d be happy to take questions if that’s what I’m supposed to do.”

Wednesday’s declaration that Biden was “supposed” to stop and walk out of the room drew swift backlash: