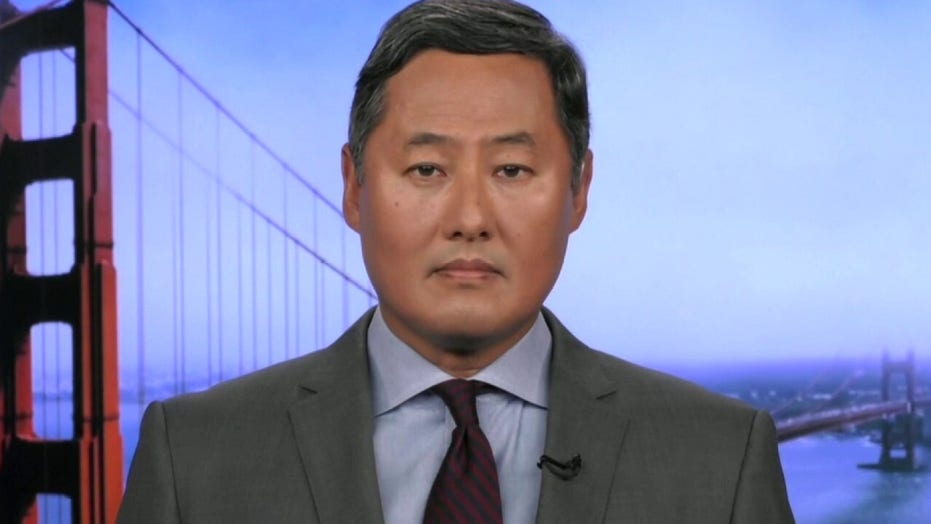 What’s next in the Supreme Court nomination process?

Democratic presidential nominee Joe Biden again avoided a question about whether he backs growing calls from his party to expand the Supreme Court following President Trump's nomination of Amy Coney Barrett on Sunday.

During a speech in Delaware, the former vice president told reporters that he did not want to discuss whether or not he backed adding more justices to the high court if he won the Nov. 3 election.

"We should see to it that the American public will vote in the Senate races in this election and they'll vote Republicans out of office. That's the consequence," he said.

Biden has long opposed the issue of court-packing, but Ruth Bader Ginsburg's death has revived the concept of expanding the number of Supreme Court justices in order to shift its ideological balance.

If Republicans confirm Barrett, it would tilt the bench 6-3 in favor of conservatives.

Republicans are eyeing a vote at the end of October, although Senate Majority Leader Mitch McConnell, R-Ky., has not said whether he intends to plan a final vote before the Nov. 3 election, or in the lame-duck session that takes place after the election but before the new Congress starts.

It marks a reversal from 2016, when McConnell refused to hold a Senate vote on Merrick Garland, who was nominated to the court by former President Barack Obama after the death of Justice Antonin Scalia. McConnell held the seat open until after the election and inauguration of Trump in 2017. Justice Neil Gorsuch was nominated and later confirmed in April 2017.

McConnell and other GOP senators contend this year is unlike 2016 because the same party controls both the White House and the Senate.

The Supreme Court has had nine justices for more than 150 years, but the Constitution does not require nine. Congress sets that number.

Biden has previously dismissed the practice of court-packing, arguing that it could ultimately backfire on Democrats.

"I'm not prepared to go on and try to pack the court, because we'll live to rue that day," he told Iowa Starting Line last July, in the midst of the Democratic primary.

He echoed that sentiment again during a Democratic primary debate in October.

But some Democrats have argued that expanding the nation's high court is necessary.

"This Republican hypocrisy is shameful but not surprising," Sen. Ed Markey, D-Mass., tweeted last week. "If they violate their own precedent, we must expand the Supreme Court."

Biden has instead tried to frame Republicans' decision to move forward with confirming Barrett as an assault on the Affordable Care Act, the landmark health care law passed by Obama.

He continued: "President Trump can claim all he wants he's going to protect people with pre-existing conditions, but the fact is he's already fighting to take those protections away. President Trump sees a chance to fulfill his explicit mission: steal away the vital protections of the ACA from countless families."

The high court is slated to hear oral arguments against the ACA on Nov. 10, one week after the presidential election.