The Biden administration on Tuesday granted final federal approval to the long-stalled Vineyard Wind project off the coast of Massachusetts, a first major action toward its goal of accelerating offshore wind development over the next decade.

The $2.8 billion, 84-turbine project will dwarf existing offshore wind farms in the U.S., generating enough power to electrify some 400,000 homes. It will be built 12 nautical miles south of Martha’s Vineyard, with turbines located at least 1 nautical mile apart and spread out over some 160,000 acres.

The project, a joint venture of Avangrid Inc. and Copenhagen Infrastructure Partners, is slated to come online as soon as 2023. Construction and operation are expected to create some 3,600 new jobs.

Interior Secretary Deb Haaland called the announcement a “significant milestone in our efforts to build a clean and more equitable energy future while addressing the climate emergency.”

“I believe that a clean energy future is within our grasp in the United States,” she told reporters during a call Tuesday. 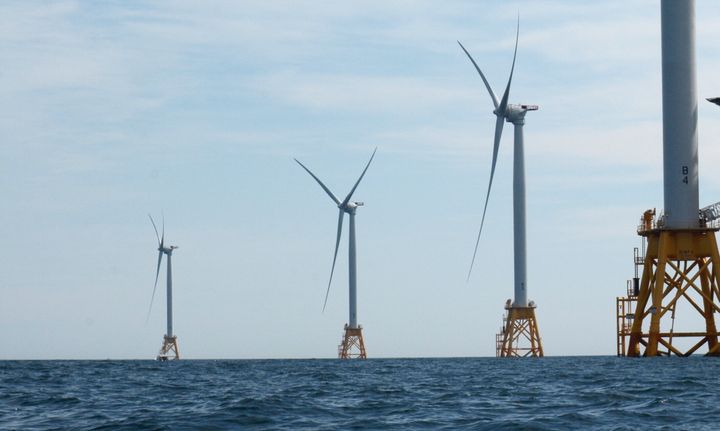 The Biden administration is working to boost renewable energy across public lands and waters as part of government-wide effort to rein in planet-warming greenhouse gas emissions and create good-paying union jobs. In March, the administration established a multi-agency target of deploying 30 gigawatts, or 30,000 megawatts, of wind energy by 2030, enough to power 10 million homes for a year and slash 78 million metric tons of carbon dioxide emissions.

Only two small wind farms operate in U.S. waters today, one off the coast of Rhode Island and another off Virginia. Together they have a capacity of just 42 megawatts.

Along with greenlighting construction of Vineyard Wind, the administration has established a new priority wind area in New York Bight, the waters between Long Island and the New Jersey coast, and advanced permitting for the proposed 1,100-megawatt Ocean Wind project off the coast of southern New Jersey.

“This approval should signal ‘go’ to all the supply chain companies that were waiting to see if the industry would move to commercial-scale construction,” Liz Burdock, president and CEO of the Business Network for Offshore Wind, said in a statement responding to Tuesday’s announcement. “Now is the time to get involved in this next great American industry and become part of the most exciting energy sector this country has seen in 50 years.”