NASA’s SpaceX Crew-1 astronauts answer questions about their historic mission on the International Space Station and return to Earth.

Bezos founded Blue Origin in 2000 while Musk created SpaceX in 2002. The two billionaires have flip-flopped between the No. 1 and No. 2 spots among the wealthiest individuals in the world in recent years.

SPACE RACE: THE NEXT TRILLION-DOLLAR ECONOMY?

Musk remembered "friendly" meetings with Bezos in the early 2000s while speaking to author Brad Stone for his new book released Tuesday, "Amazon Unbound," one of which resulted in "a technical debate with Bezos over the merits of Blue Origin’s planned fuel mix, which used peroxide, a compound known to decompose rapidly when exposed to sunlight," Stone wrote 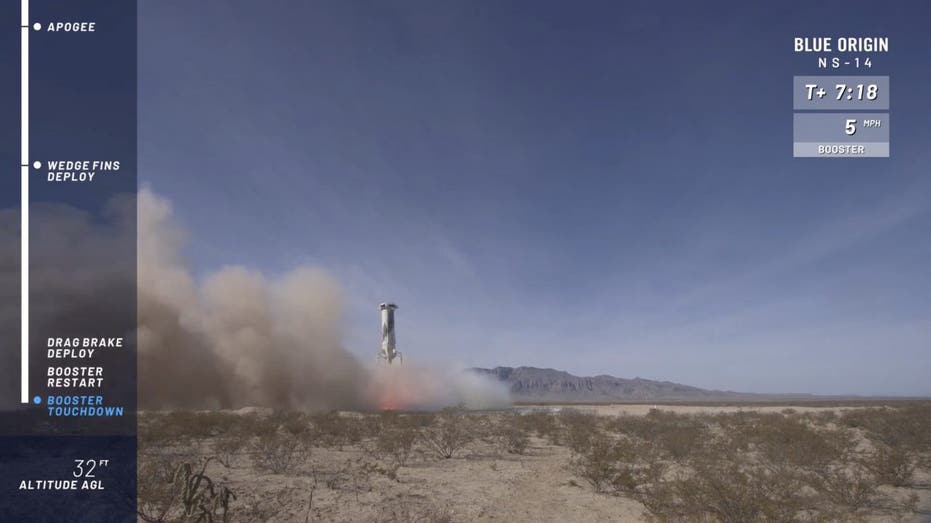 In this image from video made available by Blue Origin, the company’s New Shepard rocket lands after a test flight in West Texas on Thursday, Jan. 14, 2021. (Blue Origin via AP)

"Peroxide is great until you come back one weekend and your vehicle is gone and your test site is gone," Musk told Stone.

Musk also told Stone that he "thought it was cool that Jeff created Blue Origin and that there was someone else with similar philanthropic goals with regard to space, and a lot of resources."

Bezos and Musk held private meetings twice, once in San Francisco and once in Seattle, with their spouses to discuss their "mutual obsession" with the future of aerospace technology such as reusable rockets, Stone wrote. 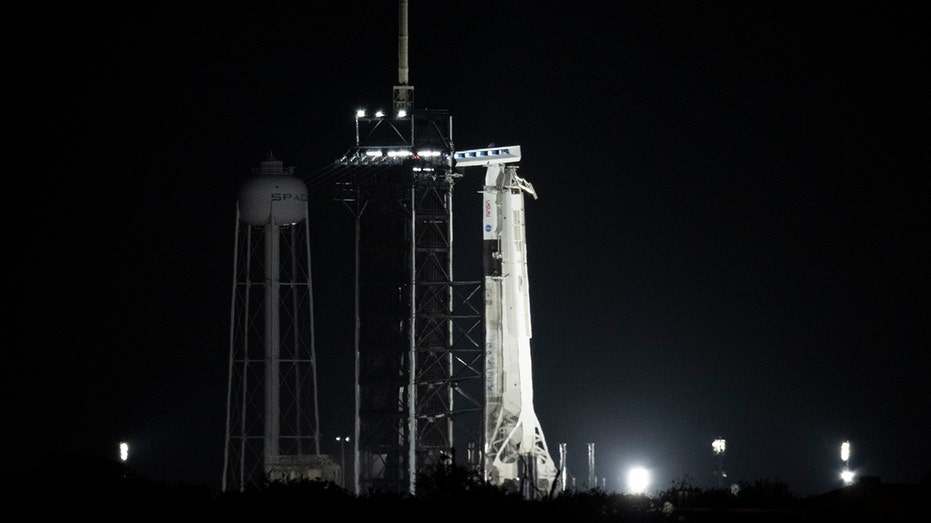 A SpaceX rocket with the company’s Dragon capsule is illuminated by spotlights on the launch pad, early Friday, April 23, 2021, at NASA’s Kennedy Space Center in Cape Canaveral, Fla. . (Joel Kowsky/NASA via AP)

The Amazon founder in August sold a million shares of his Amazon stock worth about $3.1 billion, to fund Blue Origin himself. NASA has been awarding SpaceX with billion-dollar contracts since 2008.

NASA in April of 2020 awarded both SpaceX and Blue Origin contracts for NASA’s Artemis program worth a combined $967 million over a 10-month base period to design and develop equipment for a program that aims to return humans to the Moon by 2024. A year later, NASA announced that it awarded a $2.9 billion contract to SpaceX to build the craft intended to transport U.S. astronauts to the lunar surface for the first time in decades.

Blue Origin filed a protest with the Government Accountability Office over the contract awarded earlier in April, The New York Times reported at the time.