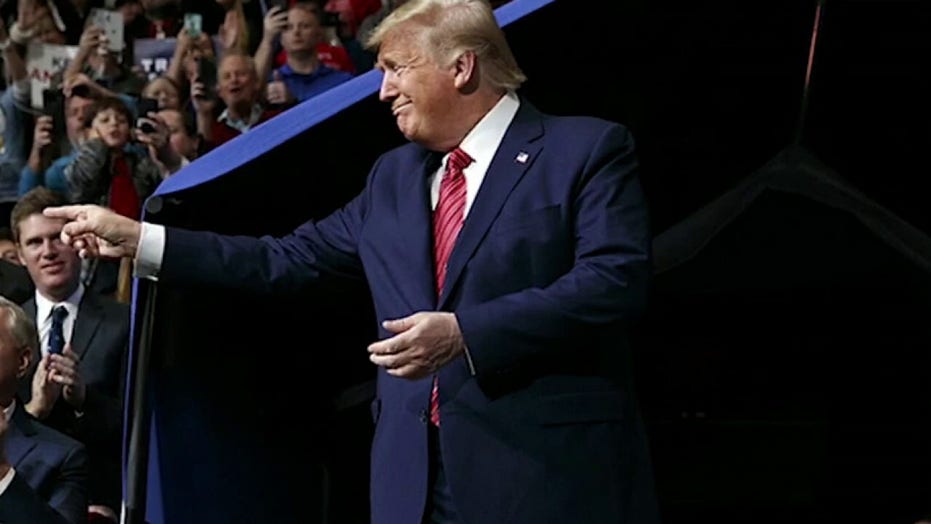 Trump takes on the media during July 4th speech

The mainstream media's attempt to gaslight the public was on full display over the weekend, Ben Shapiro said Monday, defending President Trump against withering criticism from liberals who found his July Fourth remarks "dark and divisive."

"The generalized theme of the speech was exactly right," Shapiro told listeners on "The Ben Shapiro Show." "It was probably the best speech he's ever given."

However, Shapiro warned, "The media are totally gaslighting this thing."

Trump on Saturday vowed to "safeguard our values" from enemies within — leftists, looters, agitators, he said — in a Fourth of July speech packed with all the combativeness of his political rallies.

"We are now in the process of defeating the radical left, the anarchists, the agitators, the looters and the people who, in many instances, have absolutely no clue what they are doing," he said. "We will never allow an angry mob to tear down our statues, erase our history, indoctrinate our children."

The speech was praised by conservatives and Trump supporters alike, while liberal media members were quick to condemn the president's remarks, which Shapiro said were "prompted by weeks of rioting, looting, tearing down monuments," as polarizing and "dark."

"The media is saying that Trump is just delusional…that all the things he's talking about in his speech did not happen," Shapiro said. "So when Trump talks about the destruction of American history or the cancel culture, all of this is a figment of his imagination?"

"Now, you've been following the news for the past few months," the outspoken conservative continued. "You might say to yourself, 'Wait, what? Like what?' We've been watching people talking openly about tearing down statues of George Washington."

"I'm pointing out to you, you're not crazy," Shapiro told listeners. "Don't be gaslit. All this stuff was happening. But now that Trump said that it was happening the media was like, it never happened. You imagined it. There are not threats to America's history, or her culture, or her freedoms. We're not trying to indoctrinate you … you're just crazy!"

Shapiro suggests politics and ideology have trumped honesty in the media's coverage of Trump's speech.

"If people were honest in the slightest about this they would recognize that what he is saying ought to be utterly uncontroversial," Shapiro concluded. "But it is not."