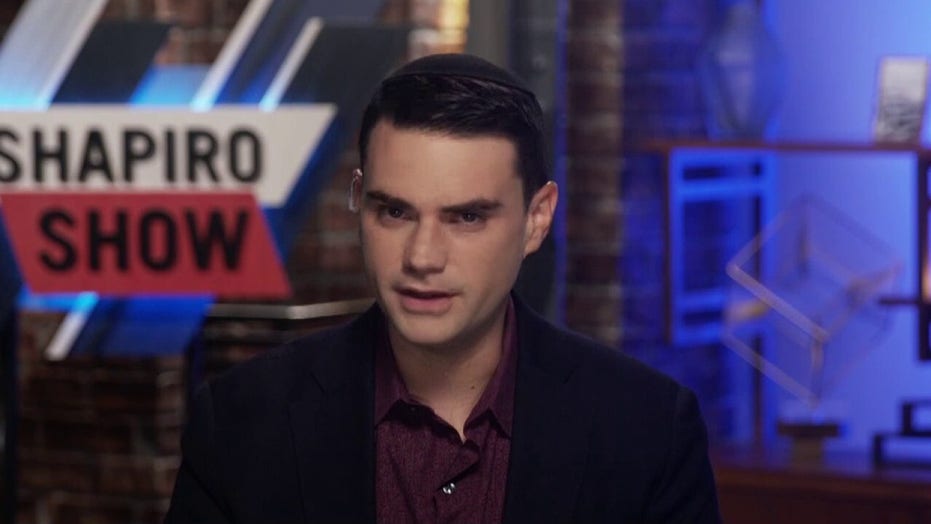 Ben Shapiro: Why Democrats, media are ‘rooting for chaos’

On Tuesday, The Wall Street Journal released the results of a poll performed in conjunction with NBC News.

The poll found that 56 percent of Americans believe American society is racist. Seventy-one percent believe race relations are either very or fairly bad. Most troubling, 65 percent of Black Americans say that racial discrimination is built into American society, "including into our policies and institutions."

The notion that America is systemically racist bodes ill for the future. It's also a dramatic lie.

BEN SHAPIRO: DEMOCRATS AND THE MEDIA ARE 'ROOTING FOR CHAOS' AS 'VILLAINS' DESTROY THE COUNTRY

American history is replete with racism; racism was indeed the root of systems ranging from slavery to Jim Crow. But the story of America is the story of the cashing of Martin Luther King Jr.'s promissory note: the fulfillment of the pledge of the Declaration of Independence to treat all men equally, to grant them protection of their unalienable natural rights.

America has worked to extirpate the nearly universal sin of bigotry in pursuit of the fulfillment of the declaration. The story of America is 1776, not 1619; it's Abraham Lincoln, not John C. Calhoun; it's Martin Luther King Jr., not Robin DiAngelo.

It is particularly true today that American society does not deserve the scorn being heaped upon her head. American society is decidedly not racist: According to Swedish economists from World Values, America is one of the most racially tolerant countries on Earth.

American law has banned discrimination on race for two generations and more than half a century; in fact, the only racially discriminatory laws on the books cut in favor of racial minorities, who have been granted special privileges in arenas like college admissions.

The police are no longer instruments of racial terror, contrary to popular media narrative: In many of America's largest cities, police forces are either majority-minority or nearly so, and police are not more likely to shoot and kill black Americans than white Americans.

Problems of high crime in minority neighborhoods are generally a result of under policing, rather than the converse.

Some problems of wealth inequality are in part products of history — history always has consequences. But overwhelmingly, the pathways to success are not barred by discrimination.

Black Americans occupy many of the most prominent positions in American society, from government to entertainment to education to finance. Responsible individual decision-making is generally rewarded for all Americans, black and white. And Americans are more than willing to fight those who would obstruct the possibility of success for those who make the right decisions.

More and more Americans apparently believe that the American system is endemically racist — yet the system produces more wealth, freedom and opportunity than any on Earth for millions of citizens of every color, creed and religion.

If a majority of Americans believe that society is racist — not just individuals but a vast swath of friends and neighbors, and America's institutions to boot — then it will be quite difficult for Americans to unify.

No country can survive its citizens seeing one another as enemies rather than friends, seeing their country as a reflection of continuing evil embedded in its history.

America, like every other nation, requires a common philosophy, culture and history to survive. And yet those elements are being consistently eroded by those who would rather collapse the American system in pursuit of some unspecified utopia.

That utopia will not come. All that will follow in the wake of the dissolution of our common bonds is chaos.

The principles of the Declaration of Independence remain true; the promise remains durable. The only question is whether we are willing to stand up for those principles and work anew to fulfill those promises, rather than caving in the foundations of the greatest nation ever conceived by mankind.