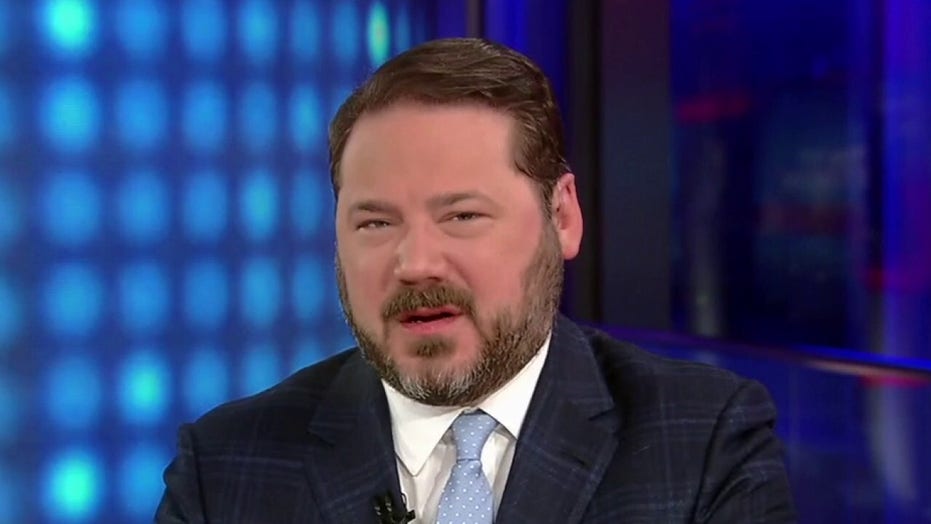 “Fox News Primetime” host Ben Domenech Friday discussed how the left’s liberal policies are leading to the decay of the United States.

BEN DOMENECH: Most of you, if you’re allowed by your corrupt leaders, go to work and work hard all over the country. Or you’re retired after a career well spent. You love your country. You can defend your home, or you’ll damn well try.

But something is wrong and we can see it when we drive into once-thriving cities. Drug-addicted madmen wandering the streets, needles on the ground, tents in the parks – all called progress.

And we can see it every time we turn on the TV. Vicious accusations pointed at us that something as beautiful as silence is now violence. Claims that it causes incalculable damage to young black college students to live in the same dormitory as their white fellow Americans. The openly spoken idea that a secure border is fascist. The mass hysteria gripping entertainment, academia, government and even aspects of medicine that men can actually be women.

Who cares if two teenage girls crushed an elderly immigrant’s head with his own car in Washington, D.C., they were underprivileged.

A police officer in Columbus made a split-second decision to save a teenager’s life from a stabbing and he is a racist murderer because it fits out narrative!? Who cares if a woman was saved because a man took the awful decision upon himself to save her, with all that it entailed.

Who cares about lives ruined?There are markets in Asia to conquer, and they have little time for this land save to chastise it for its awfulness.

Did you know the captive people of China buy a lot of cell phones? Tim Cook knows it.

Did you know that the NBA is popular there? Lebron James does.

When we say hard work is toxic masculinity or being on time is a white racist construct., our enemies see it…They smell decay.

Do you think the Chinese are cancelling advanced math, as Virginia schools are discussing, in the name of “equity”? Do you think they look at us and think we’re strong? They’ve made it abundantly clear, they don’t.