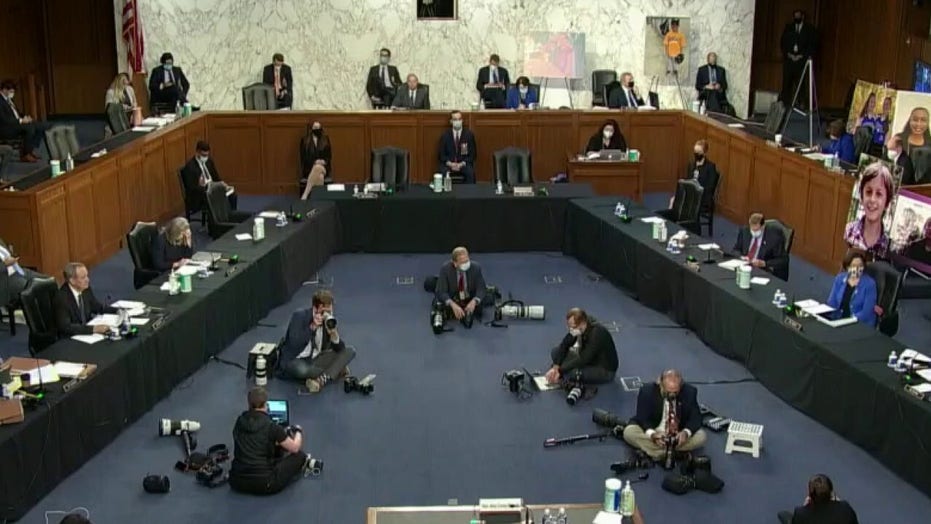 Democrats have called for Supreme Court nominee Judge Amy Coney Barrett to recuse herself from an upcoming case dealing with the Affordable Care Act — commonly known as ObamaCare — should she be confirmed, and while she did not commit to doing so, she did say that she will follow the Supreme Court's rules if they call for her to do so.

Senate Judiciary Chairman Lindsey Graham, R-S.C., raised the subject while questioning Barrett during her confirmation hearing on Tuesday and asked Barrett for her take on recusal. She explained that it is not a question she can answer at this time, but that there is a law that governs the issue.

"Well, senator, recusal itself is a legal issue,” Barrett said. “You know there's a statute, 28 U.S.C. § 455, that governs when judges and justices have to recuse; there's precedent under that rule. Justice Ginsburg, in explaining the way recusal works, said that it’s always up to the individual justice, but it always involves consultation with the colleagues — with the other eight justices. So that’s not a question that I could answer in the abstract."

Barrett later reiterated to Sen. Patrick Leahy, D-Vt., that a recusal decision would only come following a discussion with the other justices, telling him that she could not say now whether she would recuse herself from a particular case "without short-circuiting that entire process."

The statute Barrett cited to Graham says that a judge or justice "shall disqualify himself in any proceeding in which his impartiality might reasonably be questioned." It also calls for recusal in specific situations, such as where the judge or justice has a personal bias against a party in the case, if they or a former associate once served as an attorney in the case, or was a government employee and expressed an opinion on the case in that capacity.

"So when it comes to recusing yourself, you'll do what the Supreme Court requires of every justice?" Graham asked.

"I will," Barrett agreed.

Democrats have criticized Barrett in the context of the upcoming ObamaCare case because, prior to becoming a judge, she criticized the 2012 Supreme Court decision that upheld the law's individual mandate for health insurance by deeming the penalty attached to it to be a tax that fell under Congress' authority.

Barrett explained Tuesday that the issues in the current case are separate from the 2012 case because it does not question whether the penalty was a tax at the time. The case being heard by the court in November, she pointed out, deals with two separate issues. First is whether the mandate could still be considered to fall under Congress' taxation power now that the penalty has been lowered to zero; and second is if the mandate is deemed unconstitutional for no longer being tied to a tax, can the mandate alone be struck down while preserving other parts of the law.