Former President Barack Obama had to take a permanent timeout from coaching his daughter Sasha’s grade-school basketball team, he wrote in his new memoir “A Promised Land.”

It wasn’t because he had a country to run. It was because of something even more powerful ― parents’ complaints.

“After observing an adorable, but chaotic, first couple of games, Reggie and I took it upon ourselves to draw up some plays and volunteered to conduct a few informal Sunday afternoon practice sessions with the team,” Obama wrote in an excerpt published by The Sunday Times in the U.K. “We worked on the basics: dribbling, passing, making sure your shoelaces were tied before you ran onto the court.

“The girls seemed to have as much fun as we did,” he added. 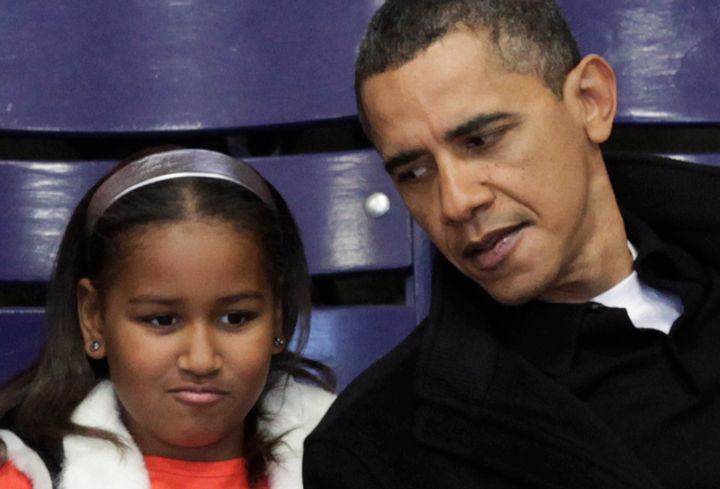 The team won the league title, prompting the president and Love to celebrate “like it was the NCAA finals.”

The championship glow quickly wore off, however.

“Of course nothing about our lives was completely normal anymore as I was reminded the following year, when, in true Washington fashion a few of the parents from a rival Sidwell team started complaining to the Vipers coaches and presumably the school that Reggie and I weren’t offering training sessions to their kids, too,” Obama wrote.

The president told the parents that his practices were nothing special, “just an excuse for me to spend extra time with Sasha.” He even offered to help them organize practices of their own. Love, he wrote, joked that the parents “must think being coached by you is something they can put on a Harvard application.”

Obama finally decided that it was “simpler for all concerned” to hang up his whistle and return to the stands as a fan.

Former NBA and UCLA great Bill Walton once playfully declared that Obama should be UCLA’s coach, so it’s no wonder that his school team was so successful.

Sasha Obama, the former first couple’s youngest daughter, is now 19 and a sophomore at the University of Michigan.

“A Promised Land” came out on Tuesday.