Brisbane-based electric vehicle charging startup Tritium is set to list on the US Nasdaq exchange as it became the first Australian company to reach a deal with a so-called ‘blank cheque’ investment firm.

Tritium has signed an agreement with a special purpose acquisition company (SPAC), a relatively new form of investment vehicle that is booming in the United States. SPACs are listed shell vehicles that seek out unlisted companies to buy or merge with.

Tritium’s deal is with Decarbonisation Plus Acquisition Corporation II, which is sponsored by US renewables focused investor Riverstone Holdings. It makes Tritium Australia’s first company acquired by a SPAC. 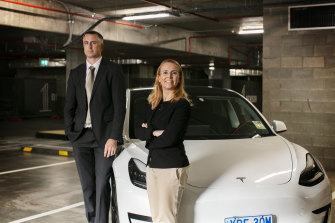 Tritium co-founder Dr David Finn and chief Jane Hunter are set to list the company in the United States.Credit:Ryan Stuart

Tritium’s co-founder David Finn said the deal was huge for Tritium which had previously raised $160 million and expanded to the United States and Europe.

“What we are talking about is three times more money than we have ever got before and that will allow us to ride that whole wave which is a whole industry emerging,” he said. “Having an SPAC sponsor as someone who has done it before and understands the ins and outs of the business and can really promote Tritium in that manner is really valuable.”

“To have them come out say it is worth $US1.2 billion, that adds a lot of credibility as they really dive in with a lot of detail,” he said.

Tritium was started in 2001 by Mr Finn, James Kennedy and Paul Sernia to design, develop and manufacture hardware for fast electric vehicle charging.

Mr Finn said the mass market adoption of electric vehicles was already happening around the world with Australia lagging behind.

“The tipping point is here upon us, it is not waiting any longer,” he said. “We need to ride that wave and Tritium couldn’t afford to be under capitalised as that wave grows and starts to break.”

Mr Finn said Australia did not have incentives which encouraged electric vehicle use like other countries and he was dismayed to see Victoria introduce a tax on electric vehicles. 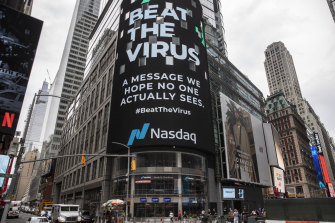 Tritium is set to list on the US Nasdaq exchange after inking a deal with a ‘blank cheque’ company. Credit:Bloomberg

“After that mass market adoption has occurred the government has to have some way of replacing lost revenue but not at the beginning when we are trying to incentivise electric vehicle adoption,” he said.

Despite this Mr Finn said he believed mass market adoption of electric vehicles in Australia was only two to three years away “if not earlier”.

Tritium employs around 350 people globally with the majority in Australia but Mr Finn said the cash injection from the listing would enable it to manufacture more closer to its key markets.

The startup will also be able to take advantage of US president Joe Biden’s $US1.9 trillion infrastructure plan which includes the installation of half a million electric vehicle chargers over the next 10 years.

Tritium has been backed by engineering firm Varley Group and energy titan Trevor St Baker who has invested about $40 million in Tritium through his private vehicle the St Baker Energy Innovation Fund.

Following the merger the combined company will be named Tritium and is expected to trade under the new ticker symbol ‘DCFC’.