The head of major renewables-powered bitcoin miner Iris Energy has flagged growing interest in the cryptocurrency from corporates and sovereign wealth funds as the once-obscure asset continues to gain legitimacy.

Dan Roberts, Iris’ chief executive, told The Age and The Sydney Morning Herald ‘green’ bitcoin had begun to pique the interests of major companies and “semi-government institutions” as a potential investment. 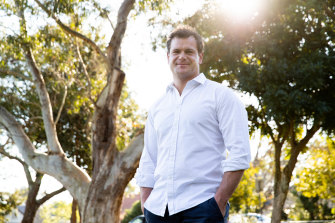 “It’s something that will take three to six months to play out,” he said. “But specific things are being worked on with specific organisations and semi-government corporates who are now quite interested in procuring green sustainable bitcoin directly from a miner.”

Iris is a Nasdaq-listed, Australian-headquartered company with bitcoin mining operations in Canada that run entirely off renewable energy. Improving the asset’s green credentials has helped foster institutional interest, Mr Roberts said, but believes the cryptocurrency has become an attractive investment regardless.

“Bitcoin is selling itself with its scarcity attributes and the central banks are selling it on its behalf by continuing to debase the currency,” he said.

“The whole renewables side of that is just the next overlay for investors to think ‘what are the stakeholders? Are we being socially responsible? What’s the right way to go about a transition to a different asset class?’”

On Thursday, Iris unveiled its first set of financial results since listing on the Nasdaq in November last year. For the six months to the end of December, revenues grew over 1300 per cent to $41.9 million, with the company mining over 600 bitcoins during the half.

Earnings before interest, tax, depreciation and amortisation boomed 3000 per cent to $27.5 million for the half, though Iris reported a net loss of $583 million due to one-off costs involved with the conversion of notes into equity during the company’s IPO.

Shares in the company rose 10 per cent in after-hours trading to $US15.8, however, this is still down from the company’s $US25 listing price.

Since November, the price of bitcoin has slid drastically, down over 30 per cent, though the asset has posted a slight recovery in recent weeks. Mr Roberts said the price movements weren’t hugely concerning for Iris, which reinvests the money it makes off mining the currency into buying more miners and increasing its overall output.

“On a day-to-day basis . . . it’s zero effect. We believe in bitcoin. We’re building 30-year infrastructure, we control our own destiny,” he said. “Bitcoin is volatile, but it’s volatility within an asset that’s been going up 10x every two years on average.”

However, instead of powering its mining operations via dirty energy sources such as coal, Iris uses renewable energy, placing its data centres in regions where renewables are abundant.