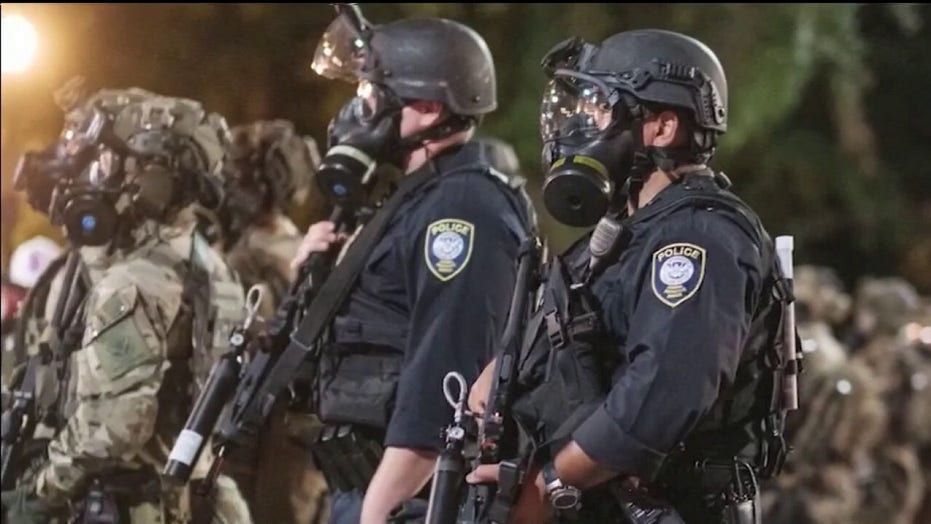 As violence and unrest surge in major cities across the U.S., liberal mayors are taking a combative stance toward the Trump administration and offers of federal help — engaging in sometimes-feisty social media feuds with officials.

And the vitriol is flowing in both directions.

“Hey Karen. Watch your mouth,” Chicago Mayor Lori Lightfoot tweeted Thursday in response to White House Press Secretary Kayleigh McEnany, who described her as the “derelict mayor” of the city because of the surge in violence there.

That tweet came the same evening as three people, including a 5-month-old baby boy, were shot in Chicago. CBS Chicago reported that the Windy City has seen a 34 percent increase in murders and a 45 percent increase in shootings through the end of June compared with the same time last year.

But on Friday, Lightfoot was doubling down on her clapback after receiving praise for it online. 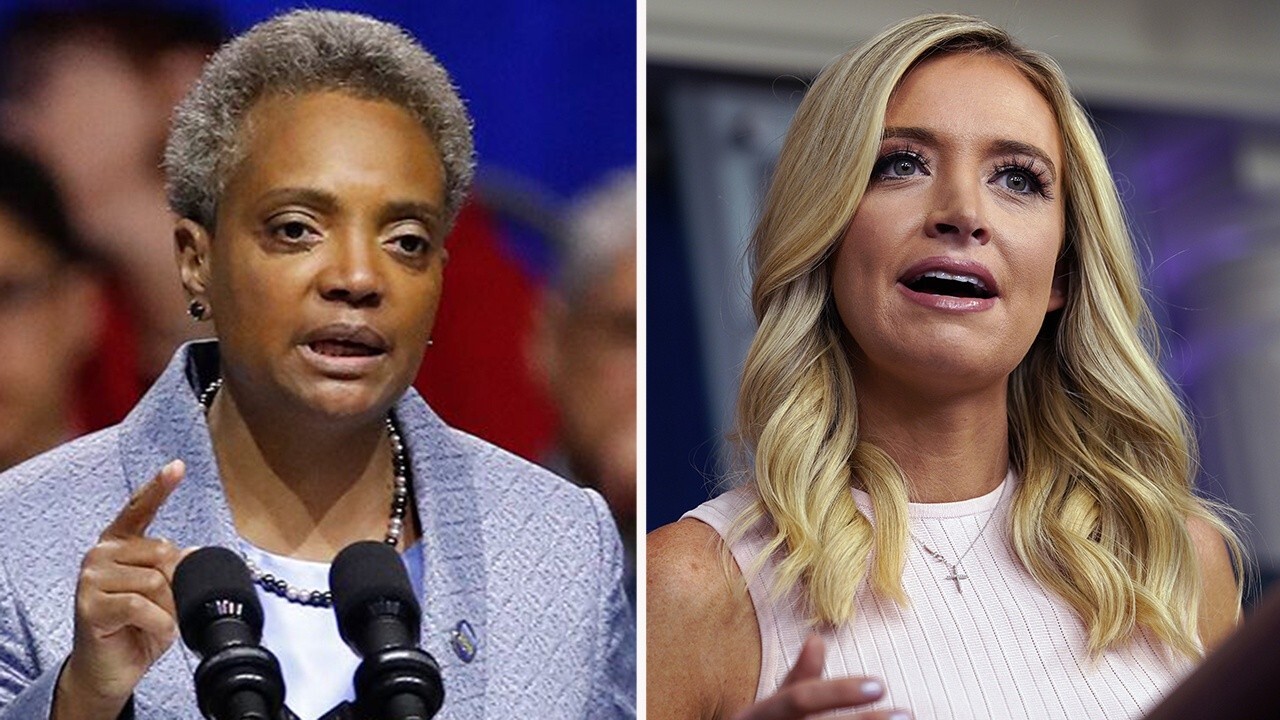 "This won't be the last time that his flacks try to take me on. But good luck," Lightfoot said. "I'm still here. I'm going to lead this city the best I can.”

Meanwhile, in New York City, violence has skyrocketed. The New York Post this week reported that on Monday alone, 17 people were shot in the city, while last month was the most violent June in the city since 1996.

But Mayor Bill de Blasio had made as one of his priorities the painting of a large yellow “Black Lives Matter” mural down Fifth Avenue — right outside Trump Tower, in a clear knock at the current occupant of the White House.

Trump, another politician who is fond of a social media battle with his political foes, criticized de Blasio for the move and noted the mayor's efforts to cut police budgets as it tries to get to grips with a new crime wave.

“NYC is cutting Police $’s by ONE BILLION DOLLARS, and yet the @NYCMayor is going to paint a big, expensive, yellow Black Lives Matter sign on Fifth Avenue, denigrating this luxury Avenue,” Trump tweeted this month.

“Here’s what you don’t understand: Black people BUILT 5th Ave and so much of this nation,” de Blasio shot back. “Your ‘luxury’ came from THEIR labor, for which they have never been justly compensated. We are honoring them. The fact that you see it as denigrating your street is the definition of racism.”

On the day the mural was painted, de Blasio went to the site in-person to help with the painting of the mural, and his office made sure to post a picture of himself in front of the Trump Tower logo on social media. 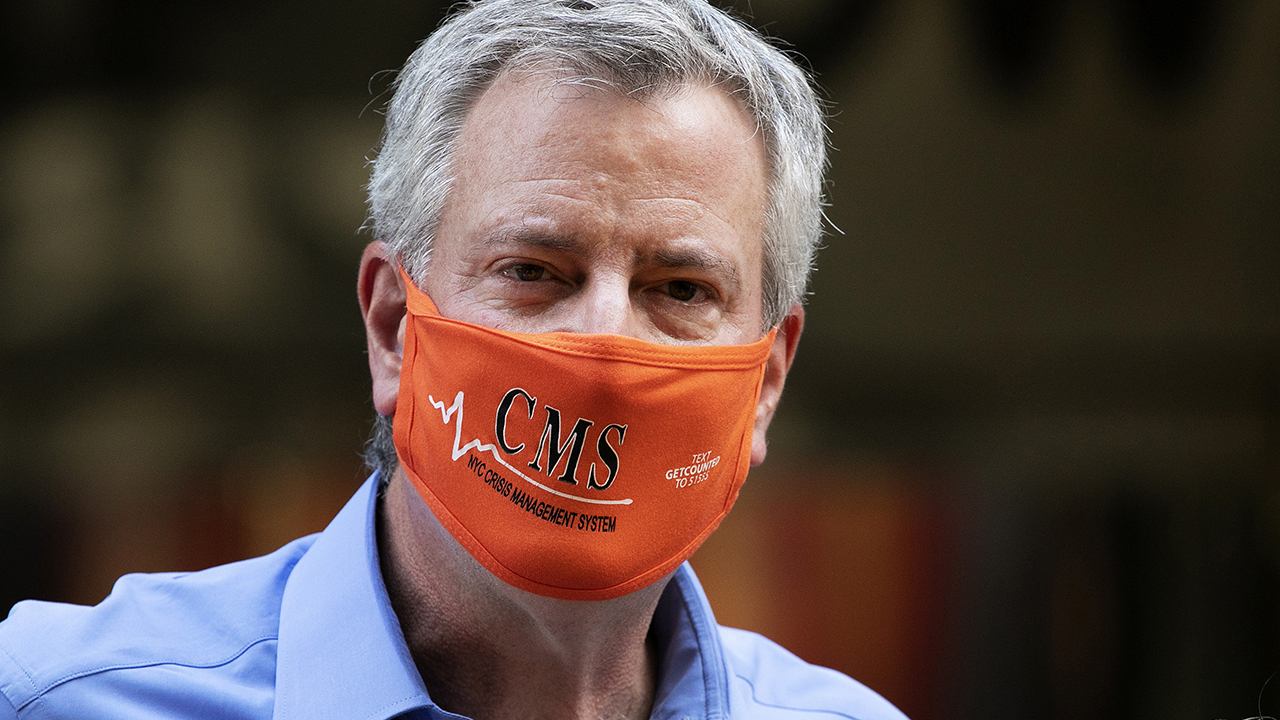 Days later, when someone poured paint on the mural, de Blasio was immediately on the case.

“To whoever vandalized our mural on 5th Avenue: nice try. @NYC_DOT has already fixed it. The #BlackLivesMatter movement is more than words, and it can’t be undone," he tweeted.

Meanwhile, in Portland, Democratic Mayor Ted Wheeler has been dealing with violence and rioting that has plagued the city for weeks. The Department of Homeland Security has sent in federal law enforcement, leading to accusations from Wheeler and others that they have been exacerbating the violence.

But after a phone call with acting DHS Secretary Chad Wolf, in which Wolf purportedly asked what the federal government could do to help, Wheeler sounded off on social media.

“The best thing they can do is stay inside their building, or leave Portland altogether. Our goal is to end these violent demonstrations quickly and safely,” he tweeted.

“And in the meantime, I asked [Wolf] to clean up the graffiti on local federal facilities,” he added.

DHS has still not left the city, which led to a major controversy on Friday when officials were videoed bundling a protester into an unmarked vehicle. Democrats demanded an investigation by the DHS inspector general, arguing that it was excessive and illegal. DHS defended the move, saying they had information that the individual was suspected of assaulting agents or destroying property — and were acting quickly due to an approaching mob.

Meanwhile, as of July 12, there were 42 shootings in Portland this month. (That’s compared with just 11 in that timeframe in 2019, according to KPTV.) July looks set to dwarf previous months as well. According to the outlet, there were 59 shootings in the whole of June, and 46 in all of May.

For his part, Trump has not dialed down tensions either, and is increasingly clashing with Democratic mayors even as his administration is offering support, an approach that's sure to keep tensions high.

In a “Fox News Sunday” interview with Chris Wallace, Trump was asked about the surge in crime in cities like New York and Chicago.

"I explain it very simply by saying they’re Democrat-run cities, they are liberally run," Trump said. "They are stupidly run.'