Arizona Gov. Doug Ducey announced Friday that he signed two bills regarding the education of the state’s children.

House Bill 2906 blocks state-run schools and government entities from requiring training in critical race theory, which the governor said suggests that people are “inherently racist, sexist or oppressive, whether consciously or unconsciously,” the governor said in a statement, according to FOX 10 of Phoenix.

“Here in Arizona, we’re going to continue to be leaders on civics education and teach important lessons about our nation’s history,” Ducey wrote.

Meanwhile, House Bill 2035 calls for curriculum transparency, so that parents can weigh in on topics such as sex education.

“Parents should have the right to know what their children are learning in school,” Ducey wrote in a statement about Bill 2035.

In Twitter posts Friday, Ducey thanked Arizona state lawmakers – including state Reps. Michelle Udall and Gail Griffin and state Sens. David Livingston and Nancy Barto, all Republicans — for leading the efforts to get the bills passed.

“It’s great to see that @dougducey signed legislation into law to stop Critical Race Theory from infiltrating our schools and government entities!” Lasko wrote. “CRT advances a distorted version of history to divide our nation and dismantle our institutions. It has no place in Arizona.”

“This is a HUGE win for all Arizonans,” Biggs wrote. “Thank you AZ Legislature for pushing this trough!”

Critical race theory has faced opposition from parents and citizens groups across the U.S.

Earlier this week, parents from Pennsylvania and Kansas appeared on “Fox & Friends,” where they said the threat of critical race theory in local schools inspired them to seek election to their local school boards. 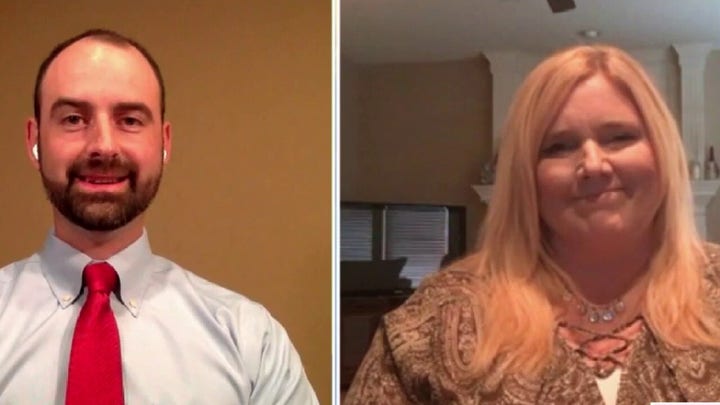 Amy Cawvey, a mother of three who is running for a school board seat in Kansas, said she was doing so to “keep CRT out of our schools.”

Some liberals and Democrats, meanwhile, have accused Republicans of manufacturing an “imagined monster” in an effort to galvanize voters.