The Cupertino, California-based tech giant says it will instead focus on its new and smaller HomePod mini, which went on sale in November for $99.

“We are discontinuing the original HomePod, it will continue to be available while supplies last through the Apple Online Store, Apple Retail Stores and Apple Authorized Resellers,” Apple said in a statement, reported by TechCrunch. “We are focusing our efforts on HomePod mini.”

Apple didn’t immediately respond Saturday to USA TODAY’s request for comment. As of Saturday, the HomePod was selling for $299 on Apple’s website with the mini available for $99.

Savings on your internet bill?: Coronavirus relief measure could net you $50 toward your broadband bill, help erase the digital divide

Apple first entered the smart speaker market in 2018 with the original HomePod, first priced at $349, but dogged by complaints that the speaker did little more than just play music. It was dwarfed by sales of Amazon’s Echo, the No. 1 best-selling smart speaker, and what was originally called the Google Home. 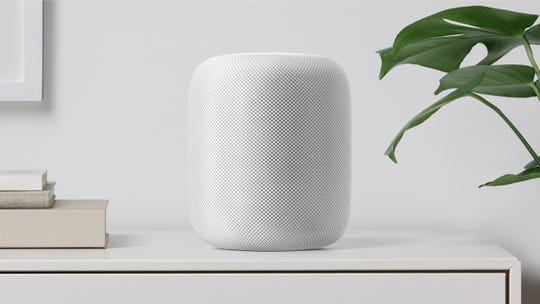 The new HomePod mini can access apps on the iPhone using Siri, such as calendar, messages, or Music. The speaker also features an intercom and the ability to send messages from HomePod Mini to any Apple device, even AirPods.

The smart speaker incorporates computational audio, which applies tuning models to bolster its sound. When announcing the new speaker in November, Apple said it would add a feature recognizing when your iPhone is near so music can easily transfer from playing on iPhone to HomePod mini and trigger visual and haptic responses on the phone.

In January, Apple posted record revenue of $111.4 billion during its 2021 fiscal first quarter, a 21% increase from the same period a year ago.

The company reported selling more iPhones and iPads, and hit a new revenue high from its services, such as Apple TV+, from October through December 2020, as consumers got new devices and used them more during the coronavirus pandemic.