In media news today, a top Biden aide says he won’t ‘comment on hypotheticals’ when asked if Americans will be left in Afghanistan, a journalist who witnessed the fall of Saigon reacts to the situation in Afghanistan, and Twitter faces scrutiny as Taliban fighters continue using the Big Tech platform

An Associated Press article about Florida Gov. Ron DeSantis, R., promoting a coronavirus antibody treatment is being blasted as “cheap political innuendo” by his office and some conservatives.

AP reporter Brendan Farrington published a story headlined, “DeSantis top donor invests in COVID drug governor promotes,” which seemed to imply the Florida Republican was promoting Regeneron because a Chicago-based hedge fund that donated to a political committee that supports him also owns shares of the company.

“Florida Gov. Ron DeSantis — who has been criticized for opposing mask mandates and vaccine passports — is now touting a COVID-19 antibody treatment in which a top donor’s company has invested millions of dollars,” Farrington began the piece. “DeSantis has been flying around the state promoting Regeneron, a monoclonal antibody treatment that was used on then-President Donald Trump after he tested positive for COVID-19. The governor first began talking about it as a treatment last year.”

“Citadel, a Chicago-based hedge fund, has $15.9 million in shares of Regeneron Pharmaceutical, according to filings with the U.S. Securities and Exchange Commission. Citadel CEO Ken Griffin has donated $10.75 million to a political committee that supports DeSantis — $5.75 million in 2018 and $5 million last April,” Farrington wrote. 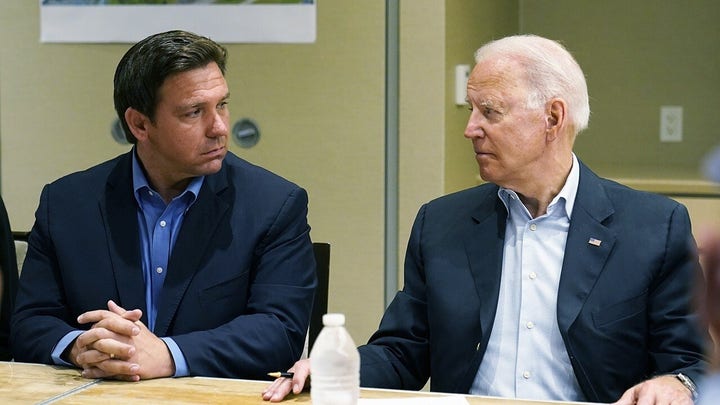 The AP acknowledged in the story that it’s “not unusual for hedge funds to have a wide range of investments.” It also admitted that medical experts agree with DeSantis on the effectiveness of Regeneron and similar treatments, writing “The drugs, when given within 10 days of initial symptoms, have been shown to cut rates of hospitalization and death by roughly 70%.”

“The issue is that most people only read the headline. I have an issue with the headline because it frames it up as though there’s pay to play going on or a conflict of interest when there is not, and he admits as much in the article,” DeSantis press secretary Christina Pushaw told Fox News.

Pushaw took to Twitter with a series of scathing messages accusing Farrington of knowing it wasn’t a legitimate story before it was published. 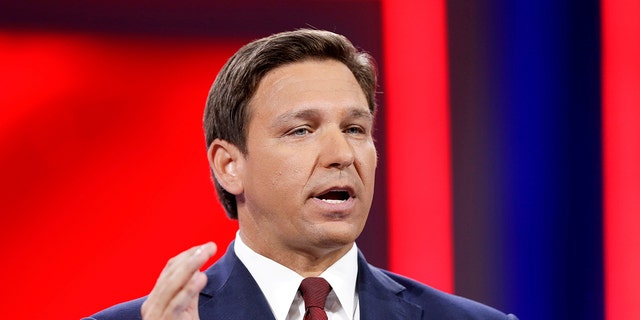 “Hey @bsfarrington. Sad to see this cheap political innuendo from AP. Should be ‘DeSantis & Biden Agree Monoclonals Save Lives.’ You KNEW this isn’t a story. You KNOW you can’t defend it. You said your ‘boss’s boss’ wouldn’t change the headline—& you refused to tell me his name,” Pushaw wrote to kick off a series of tweets.

“Farrington — the AP writer — got info from me before writing it. He totally ignored the facts, and he even admitted to me that there isn’t a story/smoking gun and he didn’t want to write it,” Pushaw told Fox News in a statement after scolding Farrington on Twitter. “He claims his boss made him write it and wanted that particular headline. Extremely bizarre and makes no sense— there is NOTHING to this allegation.”

Farrington claimed DeSantis’ office told him the story was “factually true” and he has been threatened over the backlash.

“Waking up in the middle of the night to see death threats and hate messages from people about a story @GovRonDeSantis office said is factually true. For your sake, I hope government doesn’t threaten your safety. I’ll be fine. I hope. Freedom. Just Please don’t kill me,” Farrington tweeted shortly after Pushaw publicly called him out.

The spokesperson added that a “harassment campaign against an AP journalist is unacceptable.”

“Journalists must not be attacked for simply doing their jobs,” the spokesperson said.

Farrington did not immediately respond to a request for additional comment. Pushaw told Fox News any threats being made against the reporter were unacceptable, noting she had also been targeted over her high-profile role.

The AP story has been picked up by major news outlets, including NBC News.  Pushaw has sent a variety of tweets pointing out what she considers flaws in the story and Farrington’s reporting process, including direct messages exchanged before it was published.

“The corporate media insists for weeks that Governor DeSantis is ‘doing nothing’ about COVID. But when he promotes and expands access to life saving treatment for all Floridians, the same media attacks him for it,” Pushaw told Fox News.

Other voices also piled on the AP story, mostly to say the headline hardly matched the story’s content.

Mediaite’s Sarah Rumpf, who admitted she’s friends with the AP reporter and his wife, fired up a Twitter thread of herself, urging people to read the story and judge for themselves.

This is hardly the first time DeSantis has objected to the way he’s portrayed in the press.

Earlier this year, DeSantis blasted “corporate media operatives” at CBS News’ “60 Minutes” over its widely criticized report on Florida’s coronavirus vaccine rollout and called on the show to “admit that it was false.”

“They’ve issued a lot of mealy-mouthed statements since the episode aired, they knew what they were putting on the air was false,” DeSantis said on “Fox & Friends.”

DeSantis said CBS News producers talked to people who knew the story was false but “refused” to put them on the air. The now-infamous “60 Minutes” report suggested DeSantis gave the Publix grocery store chain preferable treatment to offer the coronavirus vaccine based on its PAC’s donations to his PAC. CBS News has maintained it did nothing wrong, but critics, including Florida Democrats, have found multiple issues with the reporting.

Several news outlets, including The Miami Herald and CNN, have also elevated Rebekah Jones, the fired Florida health official who alleged that the DeSantis administration urged her to alter the state’s COVID data in order to push for reopenings last year. Critics have thoroughly refuted her wild claims, describing them as a “fake” conspiracy.

This article was updated with a response from the Associated Press.