Creator of the fundraiser, Matt Walsh, speaks out on ‘Tucker Carlson Tonight’ after the congresswoman rejected his offer to help

If the grandmother of U.S. Rep. Alexandria Ocasio-Cortez has suffered in Puerto Rico since Hurricane Maria in 2017, then Puerto Rican politicians are to blame, not former President Trump.

That’s the assessment of an aunt of the New York Democrat, who was interviewed in Puerto Rico by Britain’s Daily Mail.

Ocasio-Cortez made headlines earlier this month after posting photos from the Puerto Rico home of her 81-year-old grandmother, or “abuela,” Clotilde Rivera, and claiming that the residence remained in disrepair, nearly four years after the hurricane, in part because “Trump blocked relief $ for PR.”

But when a Daily Mail reporter visited Rivera’s home this week, a woman there who claimed to be AOC’s aunt said the congresswoman’s story wasn’t accurate.

The aunt noted that the Category 5 hurricane caused extensive damage to the island – but insisted Trump wasn’t to blame for residents struggling to receive aid.

“It’s a problem here in Puerto Rico with the administration and the distribution of help,” the aunt told the Daily Mail. “It is not a problem with Washington. We had the assistance and it didn’t get to the people.”

“It’s a problem here in Puerto Rico with the administration and the distribution of help. It is not a problem with Washington. We had the assistance and it didn’t get to the people.”

After Ocasio-Cortez’s June 2 posts on Twitter, conservative commentator Matt Walsh fired back at the congresswoman, saying it was “Shameful that you live in luxury while allowing your own grandmother to suffer in these squalid conditions.”

Walsh later raised more than $100,000 for Ocasio-Cortez’s grandmother until the online campaign was ended – but the congresswoman’s family declined to accept the assistance. 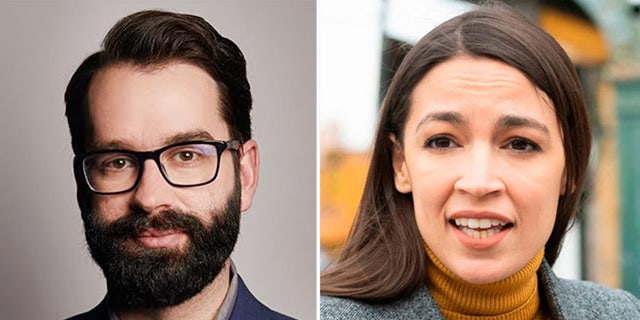 In her June 2 Twitter thread, Ocasio-Cortez claimed the Trump administration “had a major role” in preventing many Puerto Ricans from receiving hurricane relief funds. But she added that much of the problem was “systemic,” and also blamed “La Junta,” the island’s fiscal control board, as well as local leaders.

The end result, she claimed, has been “policies that pushed out local families.”

Ocasio-Cortez then called for audits of how relief funding was being distributed – and assured her Twitter followers that Rivera was “doing okay” despite what the photos of her home seemed to suggest.

“She had a place to go to and be cared for,” Ocasio-Cortez wrote, then asked, “what about the thousands of people who don’t?”