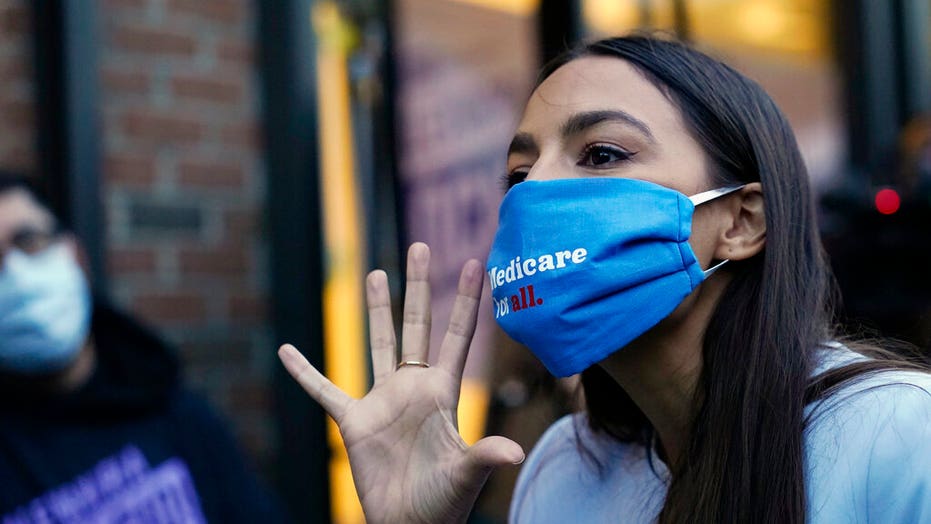 After the Democratic Party failed to meet its electoral expectations in House races around the country on Election Day, one New York Democrat urged a conservative political group to donate money to progressive organizations.

In a string of tweets Friday night, Rep. Alexandria Ocasio-Cortez argued that “the right thing” for the anti-Trump Lincoln Project would be to donate “a lot” of its money to “people who actually made a big difference.”

And if the group has already spent its fundraising proceeds, she said it should just raise more to give away.

AOC PUSHES BACK ON BLAMING PROGRESSIVES FOR DEMOCRATIC HOUSE LOSSES

“There’s potential incentive bc @ProjectLincoln is def in scam territory w these results,” she tweeted. “It’s a pretty bad rep even tho GOP has a thing for failing up. Come clean, say ‘listen, we thought it’d work, it didn’t, & in good faith we’re gonna raise X mil for these ppl who deserve it.’”

She also questioned how many Republican voters the group’s ads, which included billboards in heavily Democratic New York City, had actually persuaded.

Members of the Lincoln Project have said that they were hoping to swing a share of GOP voters and conservative independents toward Biden. They also spent millions in congressional races, attacking Republican incumbents who wound up winning reelection, like Senate Majority Leader Mitch McConnell.

AOC RIPS MSNBC'S CLAIRE MCCASKILL: 'WHY DO WE LISTEN TO PEOPLE WHO LOST ELECTIONS?'

“Our efforts are aimed at persuading enough disaffected conservatives, Republicans and Republican-leaning independents in swing states and districts to help ensure a victory in the Electoral College and majorities that don’t enable and abet Trump’s violations of the Constitution; even if that means Democrat control of the Senate and expansion of the Democratic majority in the House,” members of the group wrote in a New York Times op-ed announcing its mission.

Ocasio-Cortez separately blamed her outgoing House colleagues’ “execution on digital,” for their losses.

She insisted they had nothing to do with left-wing calls to defund the police or support socialist policies.

A spokesperson for Ocasio-Cortez did not immediately respond to a request for comment.