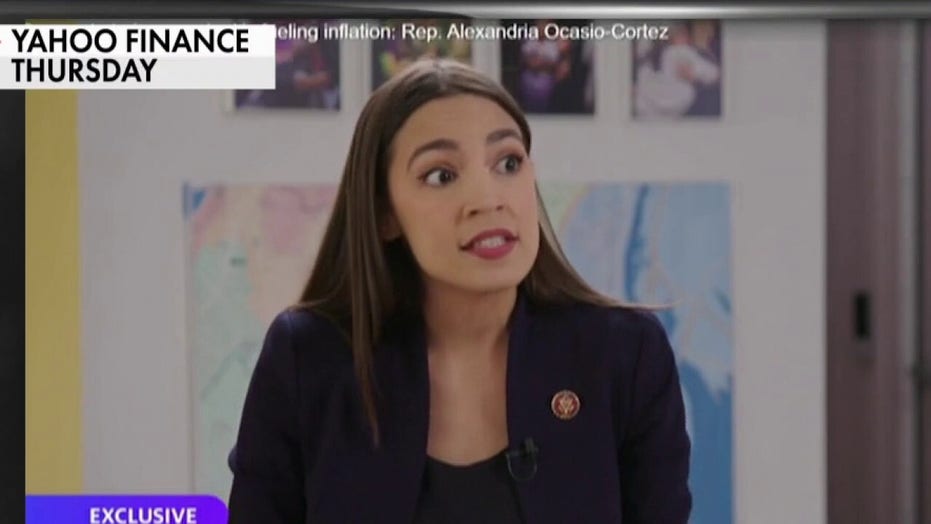 Progressive House Democrat Alexandria-Ocasio Cortez said this week that capitalism is “not a redeemable system” for the vast majority of people in the United States and that it represents “pursuit of profit” at all costs.

“I believe that in a broad sense because when we toss out these big words, capitalism, socialism, they get sensationalized,” the New York Democrat told Yahoo Finance’s Andy Serwer on the latest episode of his “Influencers” show. “And people translate them into meaning things that perhaps they don’t mean. So to me, capitalism at its core, what we’re talking about when we talk about that, is the absolute pursuit of profit at all human, environmental, and social cost. That is what we’re really discussing.” 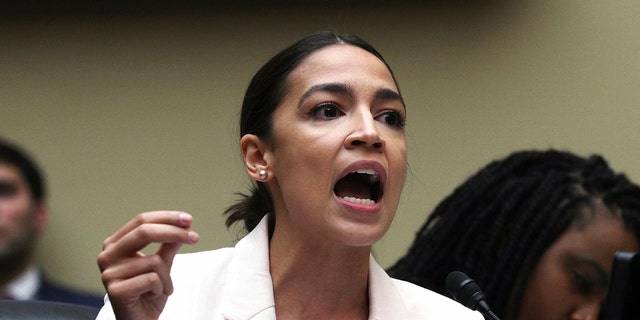 Ocasio-Cortez, a member of Democratic Socialists of America, added that a “very small group of actual capitalists” control all the important sectors of American life.

“They can control our labor,” Ocasio-Cortez explained. “They can control massive markets that they dictate and can capture governments. And they can essentially have power over the many. And to me that is not a redeemable system for us to be able to participate in for the prosperity and peace for the vast majority of people.”

Rep. Alexandria Ocasio-Cortez, D-N.Y., speaks during a rally for immigration provisions to be included in the Build Back Better Act outside the U.S. Capitol, Dec. 7, 2021 in Washington.
(Drew Angerer/Getty Images)

Ocasio-Cortez touted “alternative ways of doing business” and said that “free markets are not the same thing as capitalism.”

“You can have markets where businesses and ways of producing, trading, selling goods are really controlled and not just controlled but giving more power to workers,” Ocasio-Cortez said. “People get a fair shake. Union jobs, unionized workplaces, all of these are different steps and levels that we’re talking about in a more just economy.”

Also in the interview, Ocasio-Cortez reiterated her push to ban members of Congress from buying and selling stocks.

“It’s not really a mystery to me why it’s difficult to pass,” Ocasio-Cortez said. “I wouldn’t be surprised if it was a majority of members of Congress hold and trade individual stock.”

When asked about big tech giant Facebook in the interview, Ocasio-Cortez said the company should be broken up. 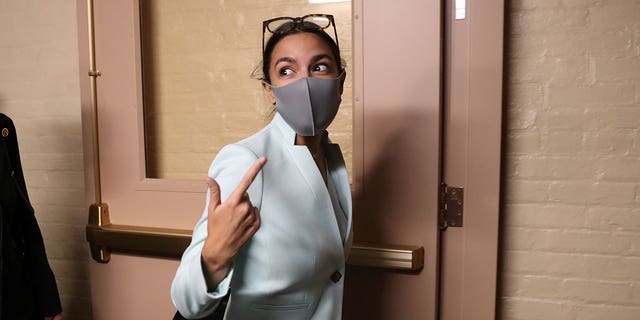 “Facebook should be broken up,” Ocasio-Cortez said. “We should pursue antitrust activity on Facebook. And there are so many different reasons why. They are acting as an advertiser. They are acting as both platform and vendor. They are a communications platform, which has historically been a well-established domain of antitrust. And so because they are so many businesses and industries in one, the case is, I believe, right there in and of itself as to why they should be subject to antitrust activity.”