The Supreme Court recently declined on procedural grounds to enjoin a Texas law prohibiting abortions after the sixth week of pregnancy. The court stated unequivocally that its decision was  “not based on any conclusion about the constitutionality of Texas’s law.”

Nonetheless, President Biden immediately decried the decision as “an unprecedented assault on a woman’s constitutional rights under Roe v. Wade.” Well, it was certainly better than talking about Afghanistan, the jobs numbers, inflation or the border.

Biden subsequently attempted to assuage the other side of this contentious issue, stating that while he respected the views of people “who believe life begins at the moment of conception and all,” he just didn’t “agree” with them.

Much was made on social media about that statement being inconsistent with Biden’s prior statements on the issue – and his Catholic faith. But perhaps more concerning was his willingness to ignore “the science” despite his oft repeated commitment to “follow the science.”

The science on when human life begins is not in serious dispute. For example, the American College of Pediatricians’ (ACP) website states that “[t]he predominance of human biological research confirms that human life begins at conception—fertilization. At fertilization, the human being emerges as a whole, genetically distinct, individuated zygotic living human organism, a member of the species Homo sapiens, needing only the proper environment in order to grow and develop. The difference between the individual in its adult stage and in its zygotic stage is one of form, not nature.”

While the word “zygotic” (basically, a fertilized egg) isn’t  a term you hear every day, the science behind the ACP’s statement is straightforward.

As a young trial lawyer in the early 1980s, I was one of a group of attorneys in St. Louis who defended individuals charged with trespassing for “sitting-in” at abortions clinics. We employed the justification defense, which required proof that those defendants were violating misdemeanor trespass laws to accomplish a higher societal value – protecting human life. Our first job was to convince the judge and jury that human life began at conception as a scientific fact – as opposed to a personal or religious belief – otherwise the judge would not allow the defense to go to the jury or the jury would reject it.

It proved an easier task that I anticipated. Our medical experts laid it out as follows.

First, we know that from the time of conception there is an individual because the unborn child has its own unique genetic structure, different from the mother, father or any other human who has ever lived.

Second, we know we have a human as the unborn child has the correct number of chromosomes.

Finally, we know we have life because we can watch the initial cells grow. In what is called the test-tube baby procedure, you can watch human cells grow literally from fertilization.

The science is crystal clear – each individual human life begins at conception.

Even the Supreme Court’s decision in Roe offers no support for Biden ignoring the science. In Roe, the Supreme Court avoided the question of when human life begins first by holding that “the word ‘person,’ as used in the 14th Amendment, does not include the unborn.” Therefore, unborn children are not entitled to the right to life afforded by that amendment.

While the legality of abortion may involve balancing the value of early human life against the interests of the mother, the science is incontrovertible – an individual human life begins at conception and ends at death.

The state of Texas also argued in Roe that because life begins at conception as a factual (as opposed to constitutional) matter, states have “a compelling interest in protecting that life from and after conception.” The court again avoided the issue, stating that it “need not resolve the difficult question of when life begins. When those trained in the respective disciplines of medicine, philosophy and theology are unable to arrive at any consensus, the judiciary, at this point in the development of man’s knowledge, is not in a position to speculate as to the answer.” 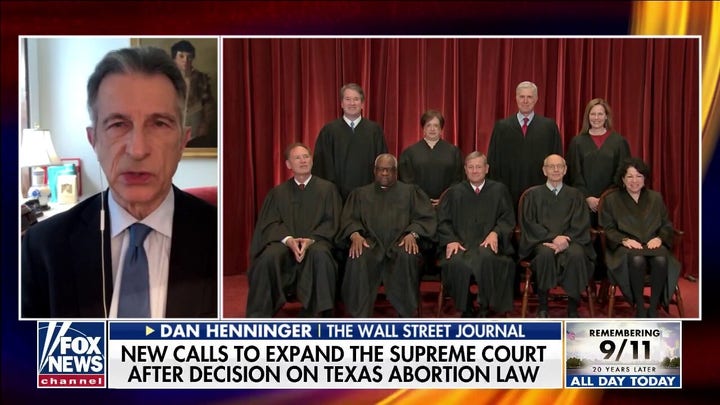 I am unaware of any other instance where the court has ignored medical facts pending the scientific community reaching a consensus with philosophers and theologians. If the court were to wait for scientists, philosophers and theologians to reach a consensus before making such a factual determination, it would never be able decide any case involving scientific evidence.

Bottom line, the court made no determination as to when human life actually begins. It simply dodged an issue it was unable to address directly while creating a right to abortion. That issue will likely reemerge in Dobbs v. Jackson Women’s Health Organization, a case involving Mississippi’s abortion law which the court has actually agreed to hear on substantive as opposed to procedural grounds.

While the legality of abortion may involve balancing the value of early human life against the interests of the mother, the science is incontrovertible – an individual human life begins at conception and ends at death.

President Biden can ignore that evidence, his previous statements and the tenets of his professed faith. He can choose to “follow the politics” rather than the science. At this point it certainly makes political sense for him to shift attention away from his administration’s many failures. But that will not change the medical/scientific evidence. It is what it is.

Andy Puzder is co-author of the prolife legislation upheld in Webster vs. Reproductive Health Services.