“Giuliani vs. Cuomo. Holy smokes. It’s Muhammad Ali vs. Joe Frazier. We can sell tickets at Madison Square Garden,” he told the New York Post on Tuesday.  (The beleaguered Cuomo has not officially launched a reelection campaign for a fourth term.)

Giuliani changed his Twitter bio to read “Candidate: 57th Governor Of New York.” He touted his run in a promo on Fox 5’s “Good Day New York,” saying it’s “where the road to Albany begins.” He also retweeted the Post’s article. 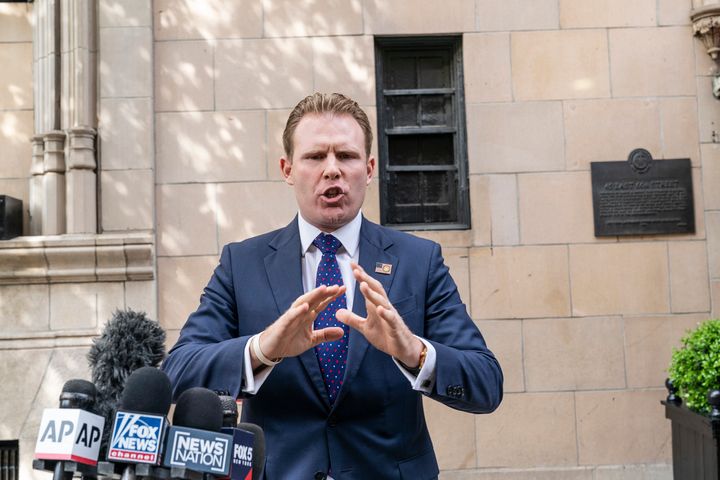 The younger Giuliani has never held public office. But as the son of Rudy Giuliani ― whose time during the Trump presidency was spent fruitlessly pursuing the ex-president’s baseless legal claims that the election was stolen, publicly ranting, and appearing with his hand down his pants while being pranked in the “Borat” sequel ― the gubernatorial run feels like a natural transition.

Giuliani, who previously said he was mulling a gubernatorial bid, has recently served as a contributor on the far-right Newsmax channel, NBC New York noted.

He vigorously defended his father after the FBI raided the elder Giuliani’s home in connection with his dealings with Ukraine. The son even served up a conspiracy theory about the judge who signed the search warrant.

Politico noted that before even facing Cuomo, now dogged by sexual harassment allegations and accusations of mishandling the early days of the coronavirus pandemic in nursing homes, Giuliani will have to defeat fellow Republican Lee Zeldin. Zeldin, a congressman, “could complicate” Giuliani’s path to the nomination, the website wrote.

Still, Giuliani was looking ahead. “I know we can defeat Andrew Cuomo in 2022. I am going to be the 57th governor of New York,” he said.