A Federal Aviation Administration employee who subscribed to the QAnon conspiracy theory was already under FBI investigation when he took part in the Jan. 6 attack on the U.S. Capitol, federal authorities disclosed this week.

The FBI initiated an investigation into Kevin Strong, a FAA employee in San Bernardino, California, on Dec. 30, a week before the Capitol siege. A witness told the FBI that Strong believed he had “Q clearance” and that World War III was going to occur on Jan. 6. Strong, the witness said, hung a “WW1WGA” flag at his home, and believed QAnon would cover the cost of a truck he recently purchased. 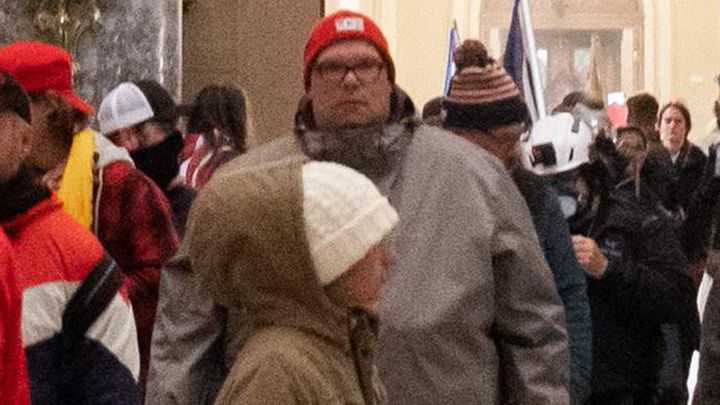 Strong is now facing federal charges. An affidavit from FBI Special Agent Erin Norwood states that there is probable cause that Strong violated a law that makes it a crime to enter a restricted building without lawful authority with intent to impede or disrupt the orderly conduct of government, as well as a law that makes it illegal to disrupt the orderly conduct of a session of Congress.

Despite being under investigation, Strong nevertheless traveled to D.C., where he appeared on news broadcasts and was spotted inside the U.S. Capitol by his co-workers at the FAA. An employee contacted the FAA’s internal investigations, which got in touch with the FBI.

Strong, who is about 6-foot-7-inches tall, was living with his uncle on Jan. 16, when FBI agents served him with a search warrant and gun violence restraining order, according to the affidavit. Agents seized a number of his digital devices as well as QAnon paraphernalia and a flag. 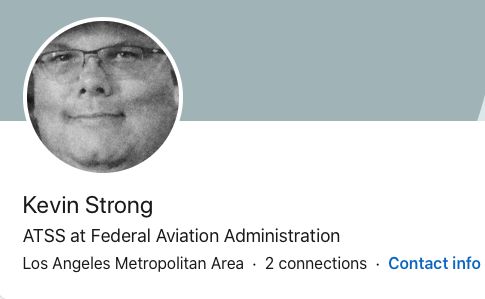 In an interview with FBI agents, Strong reportedly confessed to being inside the Capitol and showed agents photos he took inside. He admitted to taking a selfie in front of House Speaker Nancy Pelosi’s office.

Strong, the FBI affidavit said, “explained that he went to see Trump speak and walk in the ‘Million MAGA March’” and told the feds he had “Q Clearance.” Strong told FBI agents that he believed “a new one-party system” called “the Patriot Party” was coming.

The FBI’s conduct in the lead up to the attack on the U.S. Capitol is under close scrutiny by lawmakers and the public, who wonder how the federal government could have be so unprepared for an attack that had so many warning signs.