“A ROSE by any other name,” wrote Shakespeare, “would smell as sweet.”

Whatever we call the flower doesn’t affect how it smells. 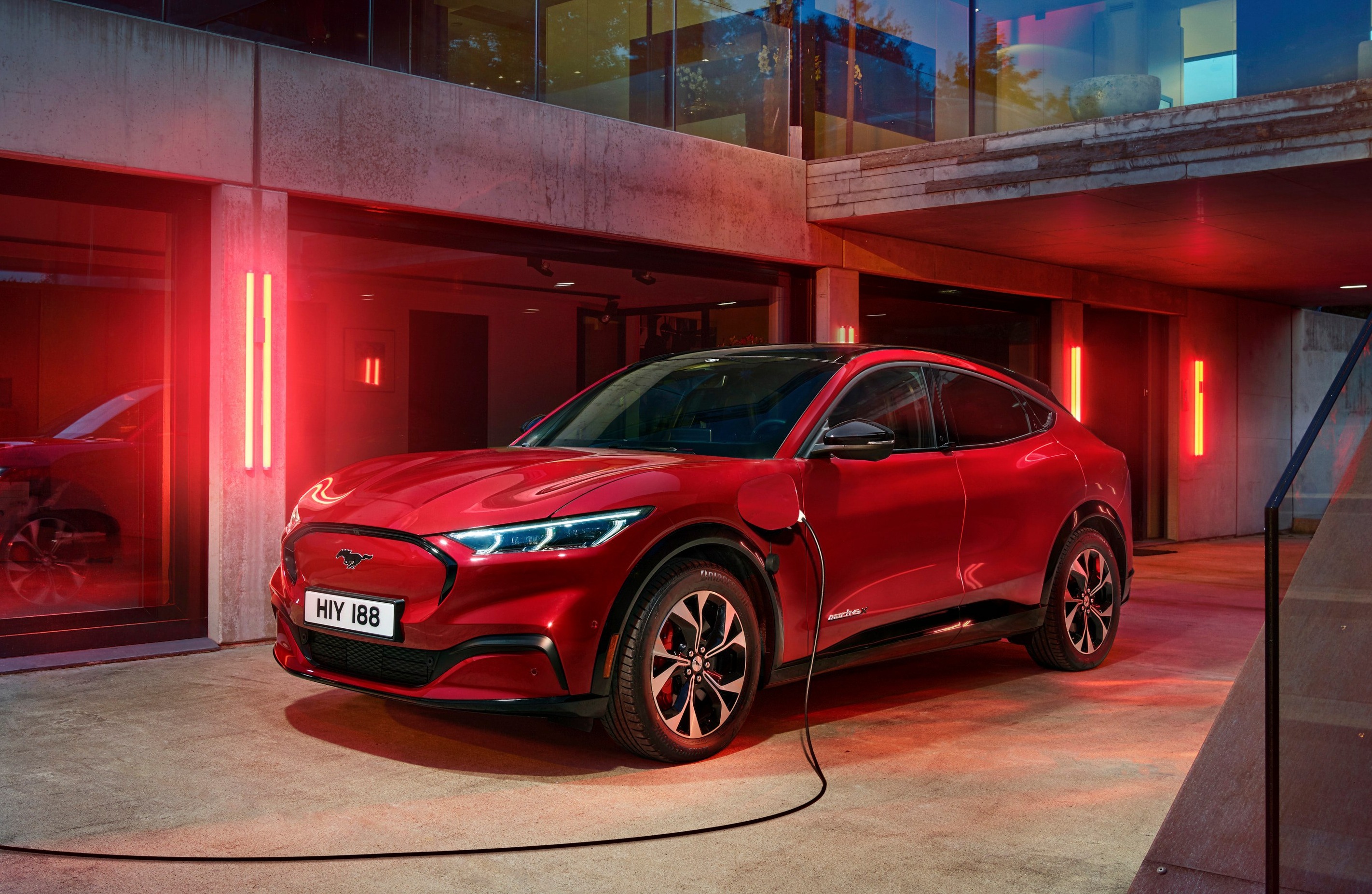 And whatever we call this car doesn’t affect how it behaves.

Ford calls it a Mustang, but that doesn’t make it a V8-engined sports car.

If Shakespeare said names don’t matter, why did Ford choose this badge? 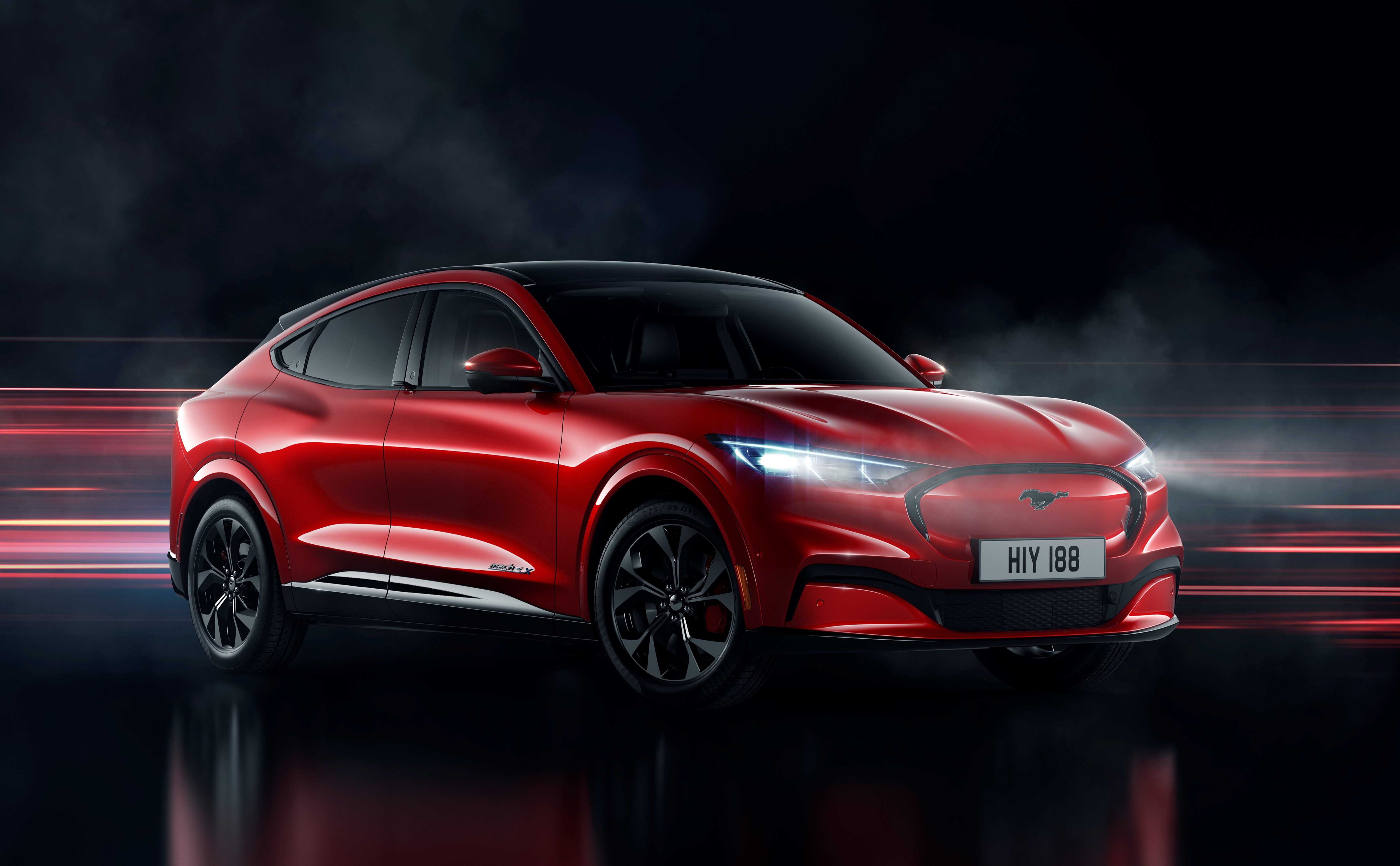 This Mustang, the Mustang Mach-E, has a handy turn of speed. But renegade? Hardly.

A bit of glamour, though. Compared to other electric cross-overs, the Ford is a looker.

The nose is long, the fastback tail swoopy. Its lights could have been nicked off the Mustang sports car.

As you’d expect electric drive means instant, fuss-free power. Especially so in the test car, which is an all-wheel-drive version with two motors, one each end. So there’s all the traction you want.

For a heavy vehicle — batteries aren’t light — the Mach-E corners tidily. The steering wheel feels light but is accurate. The body is well tied down, neither rolling on corners nor floating when the road crests and dips. 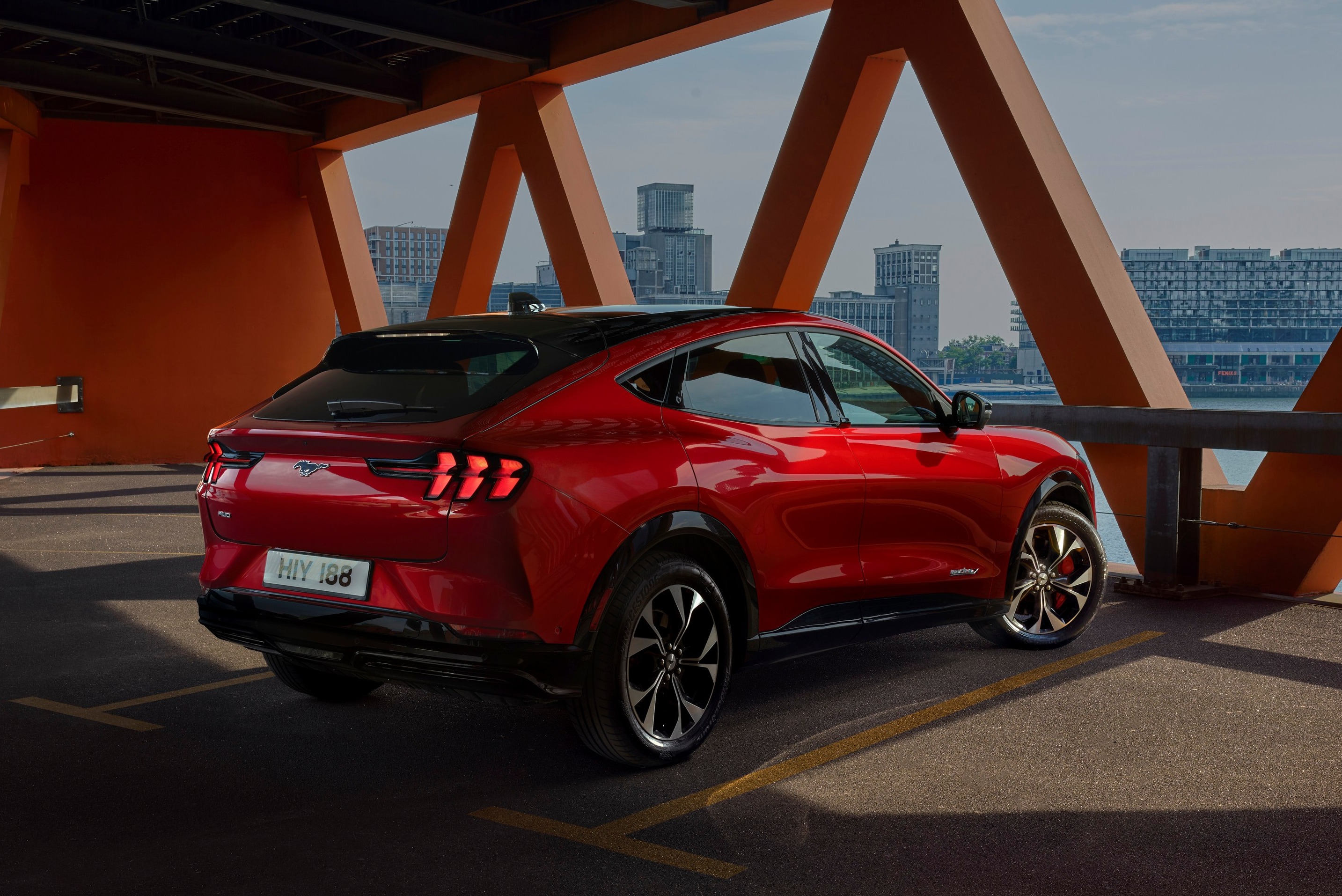 Arrive in traffic and this car is tricky to drive smoothly, because of the brakes.

Not much happens when you first squeeze the pedal, so you shove a little harder and feel like you’ve driven into a mattress.

Still, the pedal is far more confidence-inspiring on the open road. Some urban-speed stiffness in the suspension eases off into a decently comfortable ride.

Passengers will not complain because they have plenty of room. The boot under the hatchback isn’t huge but there’s another one under the bonnet.

The big-screen dash carries loads of technology. It learns your habits and adjusts several systems to suit. The motorway driver- assistance works a treat, too.

Now, electric range. I was in the extended-range AWD version. The official test figure is 335 miles. You might manage that on single-carriageways in warm weather. My testing shows it’s 250 miles on wintry motorways. Still good for an electric. 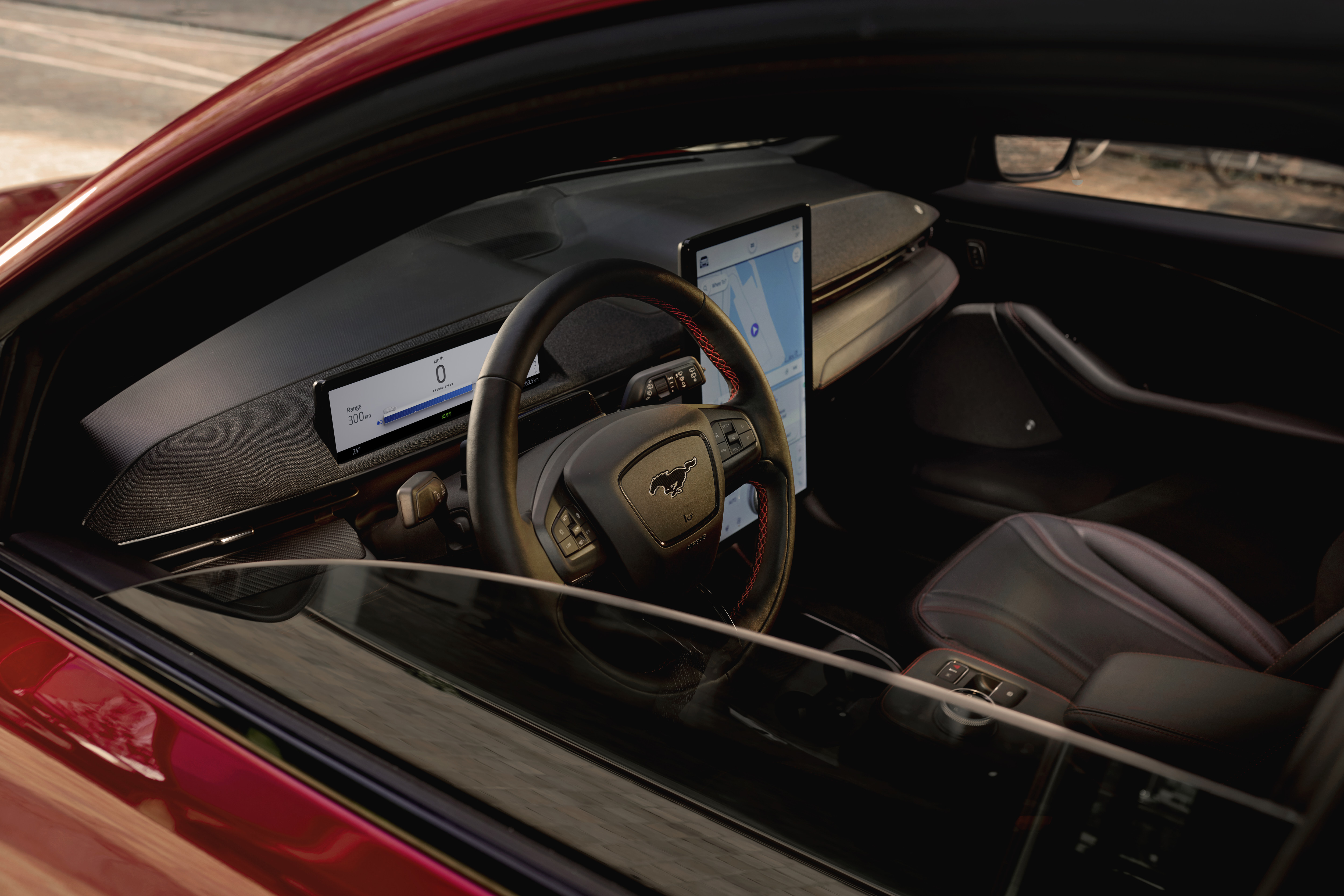 Frankly, I’d get the one without AWD. It isn’t quite as fast but goes usefully farther on a charge.

It’s still a lot to pay for a Ford. But for a big, well equipped, good-to-drive and long-range electric car, it’s value. As the bard might have said, prospects are rosy. 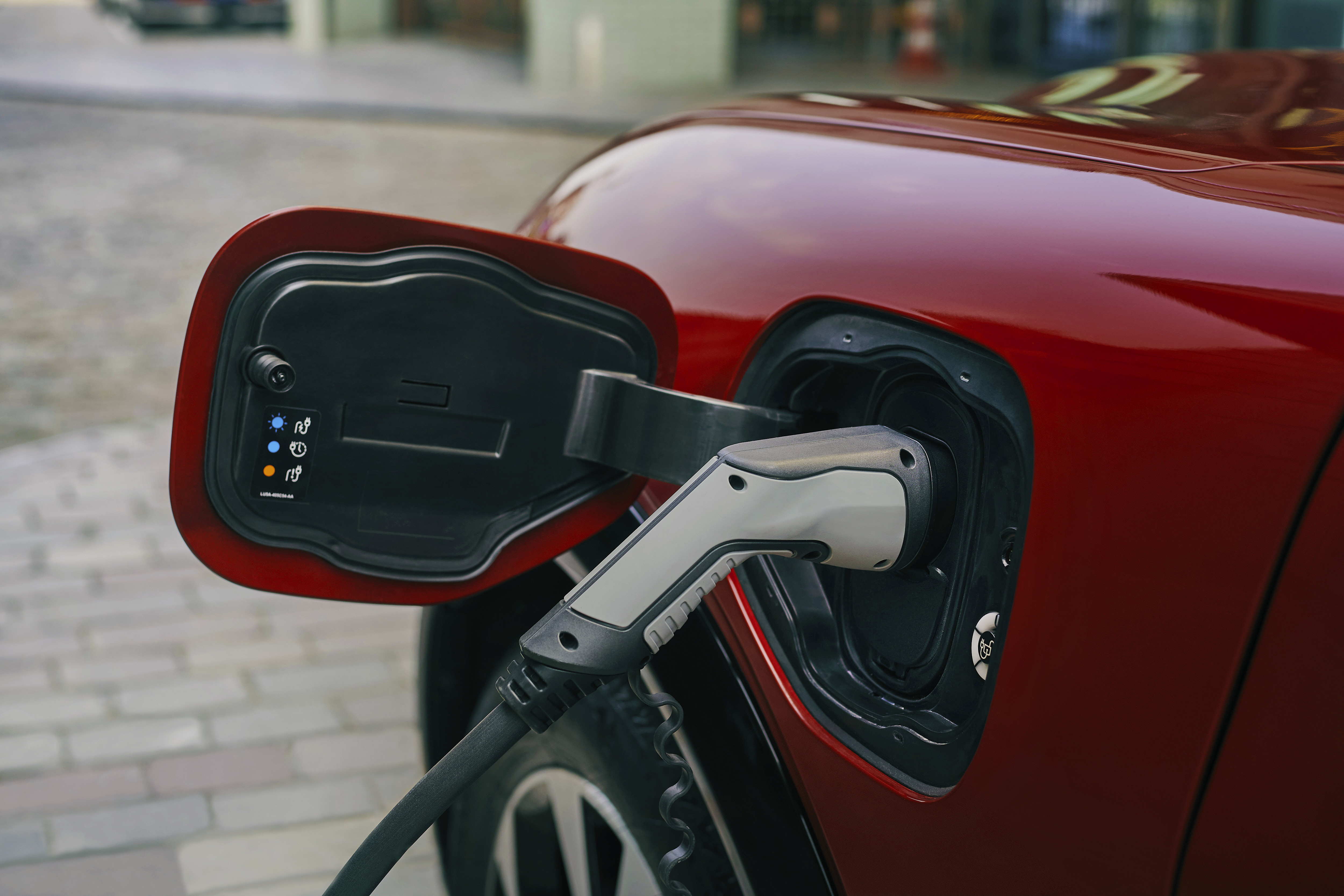