New York (CNN Business)As protests against racism and police brutality sweep across the United States, companies built on utopian ideals of inclusion and sharing are being challenged to confront their own shortcomings. To that end, Airbnb CEO Brian Chesky acknowledged his company must do better on diversity.

In an interview with CNN’s Poppy Harlow, Chesky said he wants more diverse people on Airbnb’s board, which is currently comprised of four white men, three white women, one black man and one Asian man. Meanwhile, Airbnb’s leadership team is primarily white.
Last week, Reddit cofounder Alexis Ohanian resigned from his company’s board and urged the social platform to replace him with a black candidate. On Wednesday, Reddit named Michael Seibel, the CEO of Silicon Valley startup accelerator Y Combinator, as the first black board member in the company’s history.

Chesky said Seibel has been an important personal mentor to him, and that there is room to add more board seats at Airbnb.
“I would love to add more board members of color to Airbnb. Absolutely,” Chesky said, adding that the same goes for the company’s leadership team. “It’s a big, big problem in Silicon Valley. We are not nearly where we need to be. The basic principal we have is that the demographics of a company should map to the demographics in society, especially where you operate. And we are not yet even a mirror of the demographics of society, let alone even more diverse than that at the most senior levels.”

Chesky said he agrees with Darren Walker, the president of the Ford Foundation, who recently told the New York Times: “Corporate America has failed black America.”
“I think many of us are realizing we could have done so much more,” Chesky said. “Too many companies, too many of us, have been not outspoken enough on this issue.”
In the wide ranging interview for Harlow’s Boss Files podcast, Chesky also said travel is starting to rebound amid a global pandemic that has upended the travel industry and forced Airbnb to lay off 25% of its workforce last month. Even with that severe disruption, Airbnb’s anticipated stock market debut could still happen. “It’s not off the table, but we’re definitely not committing to anything right now,” Chesky said about an initial public offering this year. “We’re going to keep our options open.” 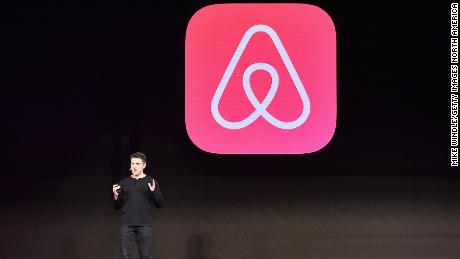 Airbnb CEO: The travel industry is more resilient than anyone thought

Airbnb said it had more US bookings between May 17 and June 3, which included Memorial Day on May 25, than the same period a year earlier. The company said many travelers are opting for destinations that are within a day’s drive. Since the pandemic began, Airbnb said the percentage of bookings made on Airbnb within 200 miles of a person’s home has grown from one-third in February to over 50% in May.

As travel increases, Chesky said safety remains a top priority, and pointed to Airbnb’s new enhanced cleaning protocol for hosts, as well as guidelines that include allowing 24 hours between guests to clean.
On Thursday, Airbnb announced it will work with local authorities and tourist organizations, such as the National Park Service, to encourage Airbnb guests to visit lesser-known parks, trails and rivers near their travel destinations. It’s also updating its app and homepage to help guests find local trips.
Source: Read Full Article