Electricity giant AGL has warned a key unit at Victoria’s largest coal-fired power station will remain out of service for more than three months, deepening concerns about energy security and soaring power and gas prices across the eastern seaboard.

After an electrical fault triggered the sudden breakdown of Unit 2 of the Loy Yang A plant in Victoria’s Latrobe Valley in April, AGL on Friday said a technical review of the works required had concluded the company must delay the generator’s estimated return to service from August to the second half of September. 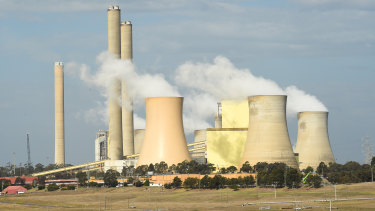 “The outage extension is driven by global supply chain issues and the availability of specialised materials,” AGL said in a statement.

News of the delay comes at a difficult time for the east-coast electricity grid, with a series of coal-fired power station outages hiking demand for gas-fired electricity while commodity prices are surging because of the war in Ukraine.

AGL is dealing with coal generator outages at three of its four units at its Bayswater plant, and two out of three units at its Liddell coal-fired power station in NSW.

Wholesale power prices topped $400 a megawatt hour across the grid last week compared to an average of $70 last year, while wholesale gas prices have more than tripled from $10 a gigajoule to between $30 and $50.

So-called “default market offers” for electricity – price caps on what retailers can charge households and businesses that don’t take up special deals or bundle utilities bills – are set to rise in all states across the east-coast electricity grid from July 1.

Federal Energy Minister Chris Bowen convened an emergency meeting of his state and territory counterparts earlier this week to push ahead with sweeping market reforms aimed at ensuring a smooth transition from ageing and failure-prone coal-fired power stations, which still account for two-thirds of the nation’s electricity needs, to cleaner sources of energy.

Also on Friday, AGL announced the resignation of another of its top executives, chief customer officer Christine Corbett, after a shareholder push led by billionaire activist investor Mike Cannon-Brookes succeeded in blocking the board’s proposed break-up of its retail and carbon-heavy power generation businesses.

The board announced the resignations of chief executive Graeme Hunt, chairman Peter Botten and independent directors Diane Smith-Gander and Jacqueline Hey, with remaining board directors set to conduct a strategic review into the future of the 180-year-old utilities giant.

Corbett, who would have led AGL’s retail and clean energy entity AGL Australia if the demerger had succeeded, will step down from her role as chief customer officer on June 24 and would continue to support the business, including contributing to the review of its strategic direction, until September 25.

“I was very excited to be appointed as managing director and CEO elect of AGL Australia to create and lead a new company centred around the customer and poised to capitalise on the growth opportunities arising in the renewable energy space,” Corbett said.

“I am very proud of the work my team and I have done over the past 12 months on the AGL Australia strategy which will be an important input into AGL’s review of its strategic direction.”

AGL has appointed Jo Egan, its generator manager of product and portfolio, as its new chief customer officer from June 25.