Global energy giant ExxonMobil is preparing to a tap a new gas field in Bass Strait within weeks as it seeks to recover from a bruising year and sees bright demand in Australia ahead of looming east-coast gas shortfalls.

The Australian head of the oil and gas producer, which lost tens of billions of dollars last year as the COVID-19 pandemic wiped out demand for its products, said the company was targeting a first gas output as early as next month from West Barracouta, one of the largest undeveloped gas fields off south-eastern Australia. 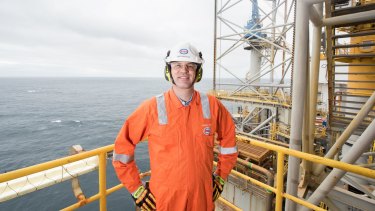 “This will probably be the largest domestic gas project for eastern Australia that comes along this decade,” said ExxonMobil Australia chairman Nathan Fay, who departs the role on April 1 to begin a new position in the United States.

“There’s no doubt we will continue to see some decline in our legacy fields – that’s the reality of a depletion business that’s been going strong for well over 50 years now – but there is still plenty of potential left in the Bass Strait.“

The targeted date for first gas from the reservoir – between April and May – comes at a critical time as gas supplies from traditional fields in southern Australia including Bass Strait rapidly decline and manufacturers that rely on gas for energy or as a raw material fear shortfalls and higher prices.

The hunt for more reservoirs has gained heightened attention in recent years as energy authorities warn of an impending winter gas shortage in south-eastern Australia from as early as 2023 unless more is brought to market.

US-based ExxonMobil, which operates the Bass Strait fields in a joint venture with Australian miner BHP, was hit hard last year as COVID-19 gutted demand and prices for its commodities. The group lost $US22.4 billion ($28.9 billion) in 2020, compared with a profit of $US14.3 billion in 2019.

In Australia, the sharp downturn in petrol, diesel and jet fuel demand prompted Exxon to announce the closure of its 72-year-old oil refinery, which employed 300 workers, in Melbourne’s Altona.

“It’s been a challenging 12-plus months on many fronts,” Mr Fay said.

The COVID-19 crisis has also accelerated assumptions across the industry about the pace of the world’s shift away from carbon-intensive fossil fuels such as coal, oil and gas in favour of cleaner sources, raising suggestions that challenging years could become more commonplace.

“It’s been a challenging 12-plus months on many fronts.”

Unlike most big producers in Australia and the US, top European energy companies BP and Shell are hastening preparations for a future that will require less oil and gas, and are blazing into clean-energy industries like wind and solar power while cutting back on fossil fuel production.

Mr Fay, who will be replaced as Exxon Australia’s chairman by Dylan Pugh and take up a new role as Exxon’s vice president of acquisitions and divestments in Texas, said the world would need oil and gas for decades, even as it decarbonises.

New investment in Australia would be especially crucial, he added, due to the tightening supply-and-demand balance.

“I can’t predict exactly how the next 12 to 18 months will play out, the pace of recovery, but I see a really bright future for the energy industry.”

Exxon last year put its 50 per cent stake in the Bass Strait fields up for sale, but abandoned talks with prospective buyers in November, saying it had determined the assets would be valuable as part of its portfolio and it would “continue to operate [them] rather than divest”. BHP is separately seeking a buyer for its stake in the joint venture.

Although Australia is the world’s biggest exporter of natural gas, most is produced in the nation’s north, far away from demand centres in the south-eastern states, and is sold on long-term contracts to overseas buyers.

Apart from tapping new gas fields, investors are also exploring differing ways to increase supply in Victoria and NSW ahead of the winter shortfalls expected in coming years, including developing shipping terminals to import cargoes of liquefied natural gas (LNG) from elsewhere in Australia and the world.

Dutch group Vopak LNG has become the latest company to announce it would seek to build an LNG terminal in Victoria, and was conducting a feasibility study to develop one in Port Phillip Bay near Avalon.

“We would like to have the facility operational before Victoria is expected to be facing substantive gas shortages,” Vopak Australia managing director Fulco van Geuns said.