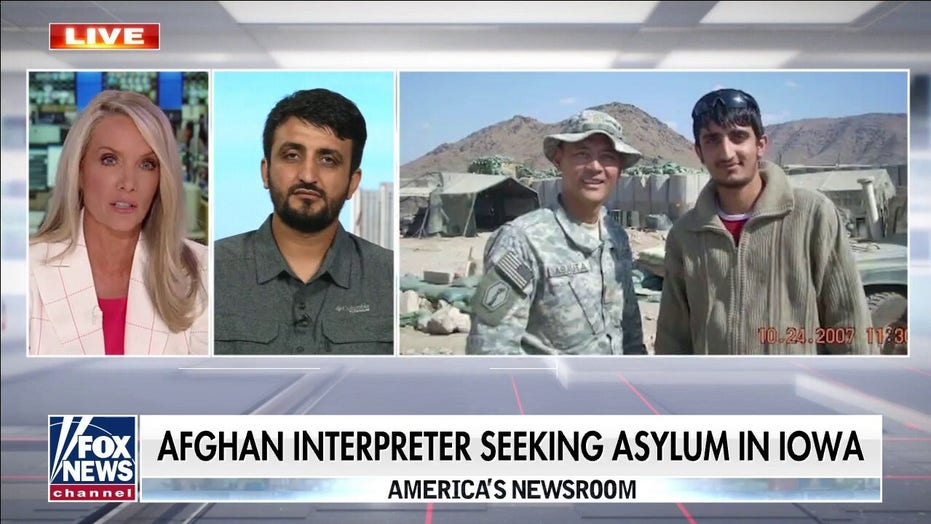 Afghanistan interpreter Zalmay Niazy on his fight to stay in America as he faces deportation.

Iowan and Afghanistan interpreter Zalmay Niazy, who currently faces deportation due to an interaction he had with the Taliban as a child, said on Tuesday that being forced to leave the United States would be a “death sentence.”

When Niazy was just a 9-year-old boy, he was asked by the U.S. government during his asylum interview if he had any interaction with the Taliban.

“This was my asylum interview in America. And I said, ‘I can’t hide that, I can’t lie about it, and yes, I did,'” Niazy told “America’s Newsroom” co-host Dana Perino.

Niazy explained the interaction he had with the Taliban as a child.

“They were very brutal people, and they even wanted to harm us and our family,” he said.

Niazy served the U.S. military as an Afghanistan interpreter from 2007 to 2014 “when he came back to the United States.”

However, after returning to the U.S. from Afghanistan, Niazy all of a sudden got a letter from the Department of Homeland Security saying that they are no longer speaking with him because of the interaction he had with the Taliban at 9 years old, when he was forced to help them get a piece of bread.

“I got a letter from the United States citizenship and immigration departments, and Homeland Security, that my application for asylum had been denied,” Niazy said. “And the reason they said was because I engaged in terrorist activity. When I shared that with my lawyer, he said it was material support that the United States is against it, and that’s what caused this problem.”

Perino asked Niazy what he thought about his situation while there is an ongoing migrant surge at the border. In recent months, there has been a record surge in migrants at the southern border, including unaccompanied minors, that has strained capacity at immigration facilities.

“I have to wonder, what was happening at our southern border, with all these people coming across illegally,” he said. “And here you are having worked for the United States and served in a war zone and being told that you have to leave because of something you did when you were 9 years old for the Taliban. Disregarding everything. What would you like to say to the secretary at the department of homeland security?

‘What they are saying doesn’t make sense. I sacrificed my life, my family’s life. I got shot for this country, and I have survived many other attacks on me. They can contact their U.S. citizens, their federal government that I have served with, all at high ranks and they will be able to explain everything I did for this country.”

“It is very disappointing that somebody walking from the border has been honored more than somebody who has served this country and risked his life and getting a death sentence by their decision,” Niazy added.

Perino said she contacted Iowa Sens. Joni Ernst and Chuck Grassley, and they replied, “They will send a letter–we’ve tried.”

“At some point, doesn’t the White House get involved?” Perino said. “They said technically there was material support when he was 9 years old. I can’t imagine that somebody at the White House doesn’t call up the Department of Homeland Security and say, ‘Honestly? Stop it. You have the power to stop it.’”

“And don’t tell me the bureaucracy won’t let you do it,” Perino concluded. 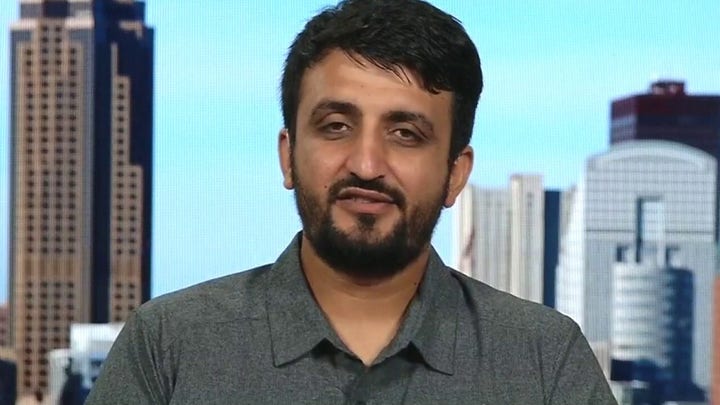 Meanwhile, Taliban forces are gaining momentum while the U.S. withdraws from Afghanistan. They are pushing the Afghanistan government’s forces out of several districts and taking control of various weapons and military vehicles in the process.

Insurgents have taken 900 guns, 70 sniper rifles, and 65 vehicles, Sky News reported. While this happens, the Afghanistan government continues to lose territory, having already left seven districts as the Taliban assumes control. President Biden’s plan is to fully withdraw from Afghanistan by Sept. 11, on the 20th anniversary of the Al Qaeda attacks on the U.S. planned by Usama bin Laden.

Furthermore, as U.S. forces continue their withdrawal from Afghanistan, Taliban fighters have taken over dozens of abandoned bases in recent days – raising questions about the fate of 18,000 Afghan interpreters – who risked their lives to work with the U.S. government.