It's been 17 years since the last supersonic passenger flight and the wait for the next is almost over.

For over three decades, supersonic commercial travel had been dominated by the Concorde, the only successful supersonic passenger jet. It was considered the pinnacle of luxury air travel. Concorde was known for swiftly shuttling passengers across the Atlantic in record time.

That era of supersonic flight, unfortunately, is over and at the time of Concorde's demise, nobody knew when it would return as high costs and a public relations disaster scarred Concorde's legacy. One company is working to end the supersonic hiatus with a new high-speed aircraft to pick up where Concorde left off.

Boom Supersonic is among those seeking to restore commercial travel to its former supersonic glory with its new jet, the Overture. The $200 million aircraft aims to stake to the skies with passengers within the next 10 years and use alternative fuels.

The firm just announced that Overture's demonstrator, the XB-1, will roll out in October. The prototype will then take to the skies in 2021 in preparation for Overture's aerial debut scheduled for the mid-2020s.

Take a look at the Overture and its upcoming prototype, the XB-1.

Supersonic travel was not uncommon from the 1970s into the early 2000s as the world-famous Concorde shuttled passengers faster than the speed of sound. 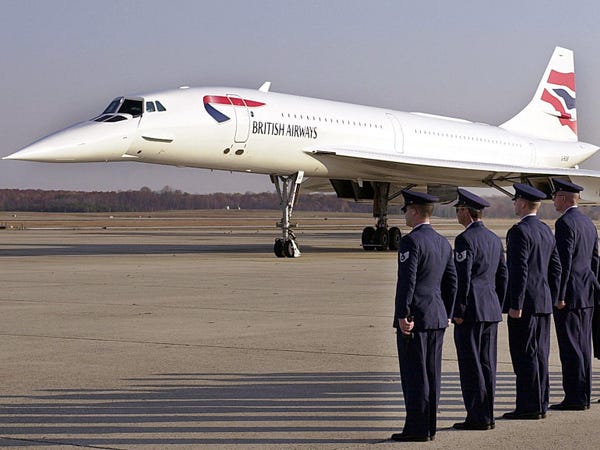 Once the era of the Concorde ended in 2003, travelers were left only with sub-sonic aircraft, though the dream of supersonic commercial flight lived on. 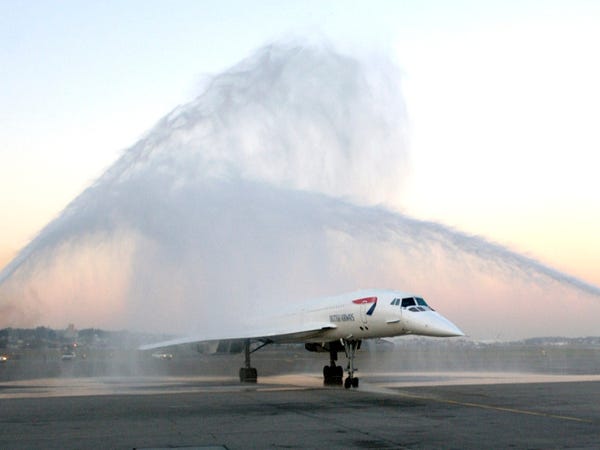 Boom Supersonic is one of the companies leading the charge to return supersonic passenger jets to the skies. 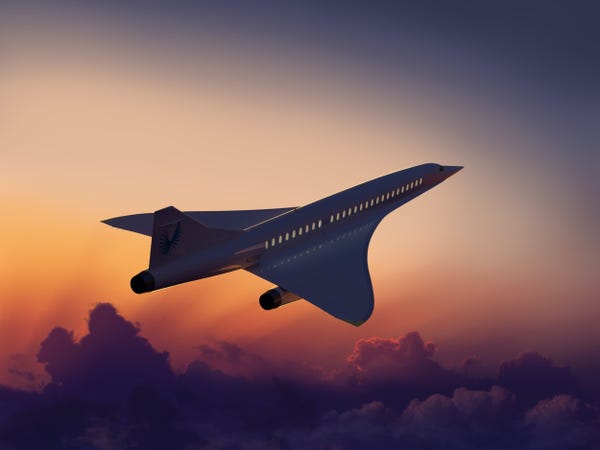 The Colorado-based builder is currently working on Overture, which mirrors the Concorde in many ways including its long, slim design. 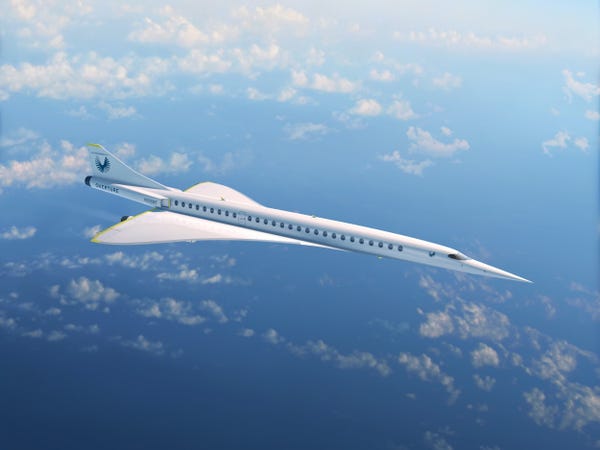 The jet will dominate the upper altitudes, with supersonic jets able to travel miles above sub-sonic aircraft in the realm of 60,000 to 70,000 feet. 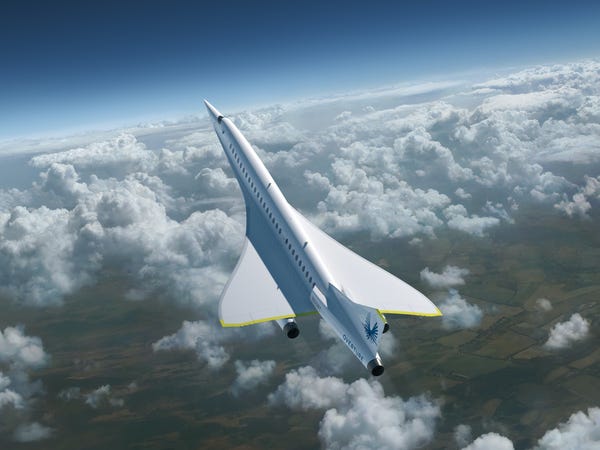 Just like the Concorde, it will be filled with premium seating as renderings show the aircraft in a 1-1 configuration. 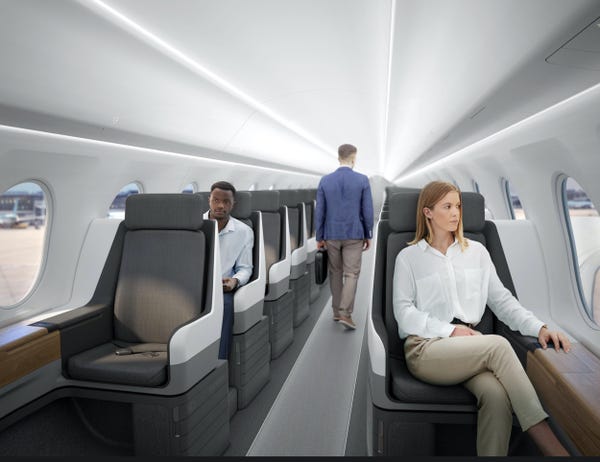 The company states that fares will be comparable to currently long-haul business class tickets, though the Concorde was known to fetch first class fares. 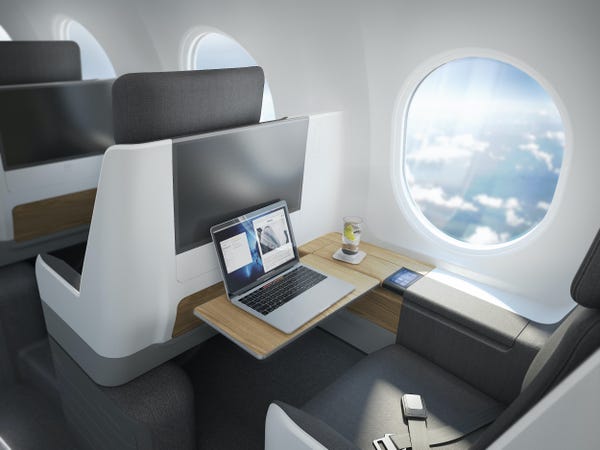 And unlike the Concorde, the Overture aims to have oversized windows, though passengers won't have too much time to focus on any specific point below as the jet will be moving faster than the speed of sound. 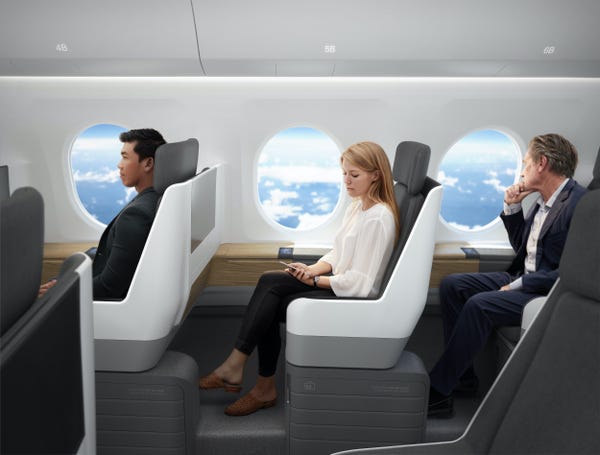 Here's a look at what life was like on board a British Airways Concorde. Note the incredibly small windows. 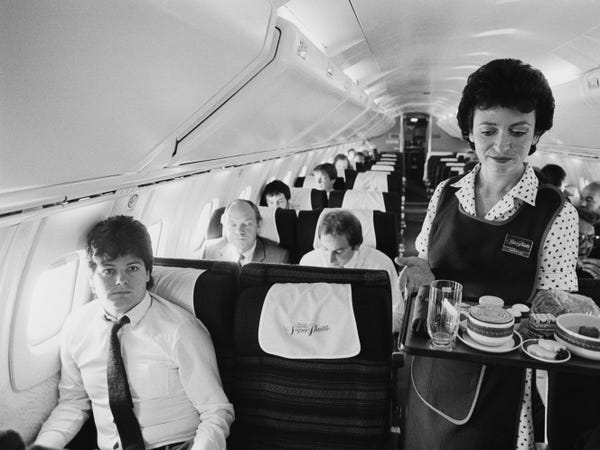 The company has investors in Japan Airlines, 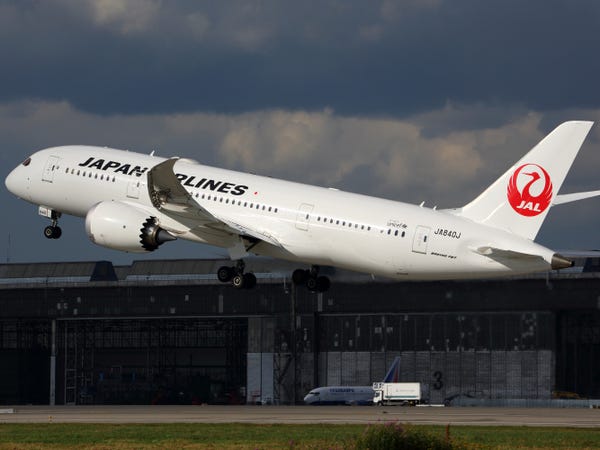 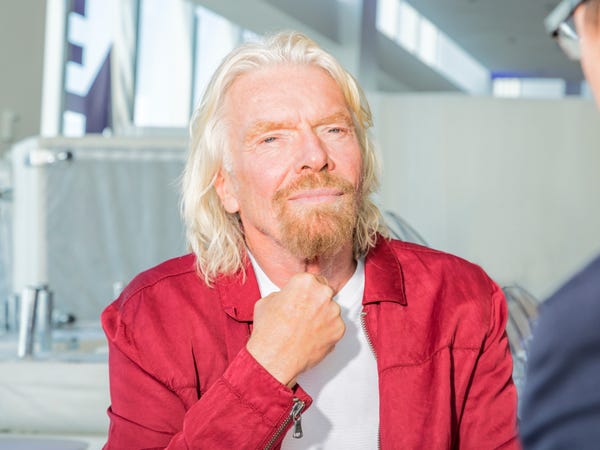 Both companies have pre-ordered a total of 30 aircraft, putting them at the forefront when the Overture is ready to take passengers. 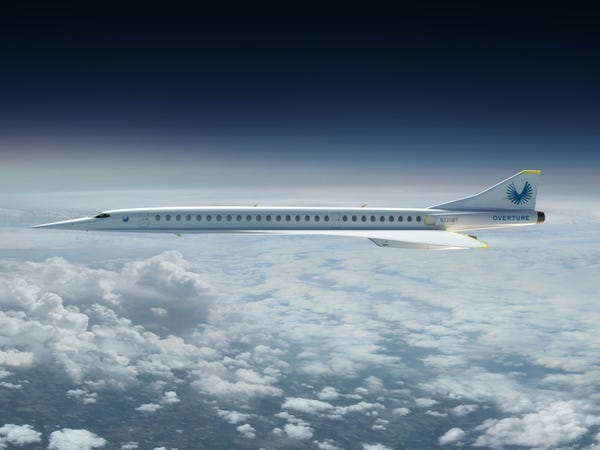 But before the Overture can take to the skies, its prototype must clear a path. 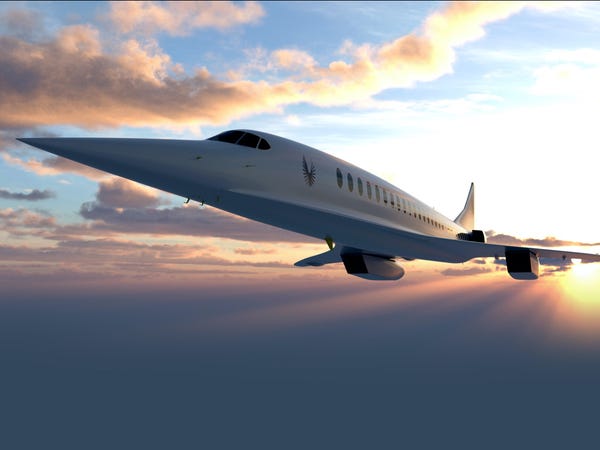 That's where the XB-1 comes in. 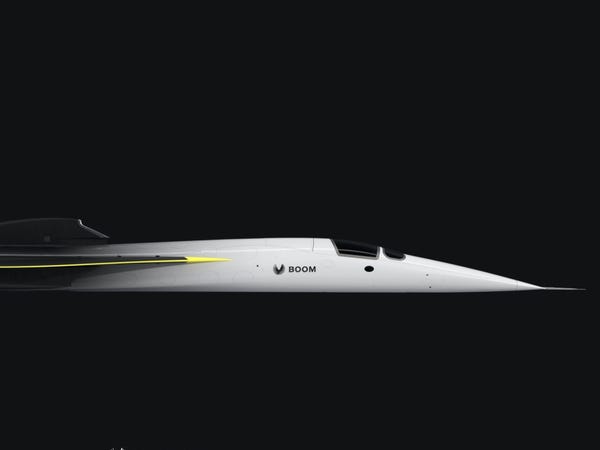 Boom Supersonic is officially unveiling the XB-1 on October 7, 2020. 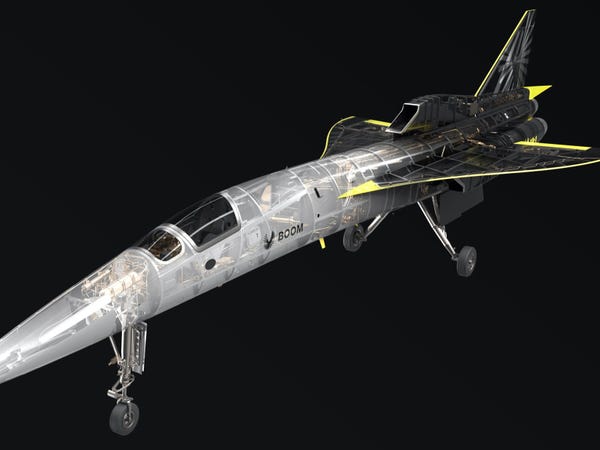 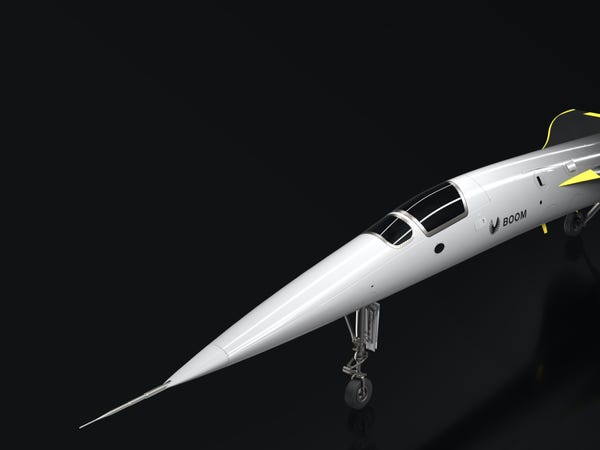 Also unlike the European Concorde, the XB-1 and Overture will be built in the US. 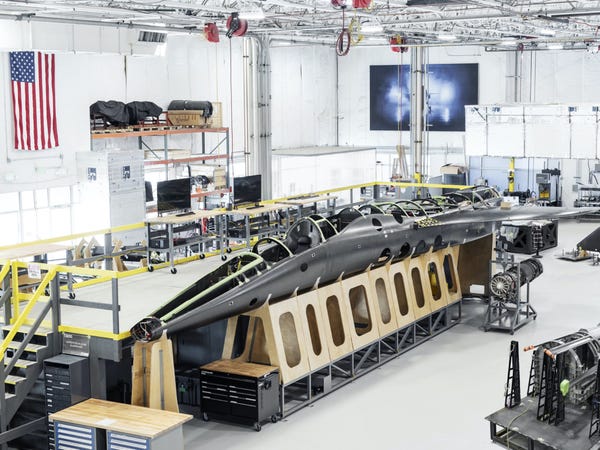 It's not the passenger jet the Overture will be as the XB-1 has the appearance of a rocket with wings, a tail fin, and a cockpit, much like military fighter jets. 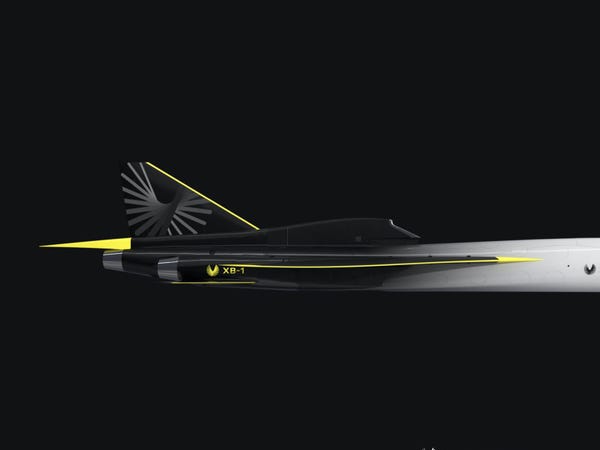 The XB-1 is around one-third the size of the Overture and will be used to test the technologies used on the larger plane. 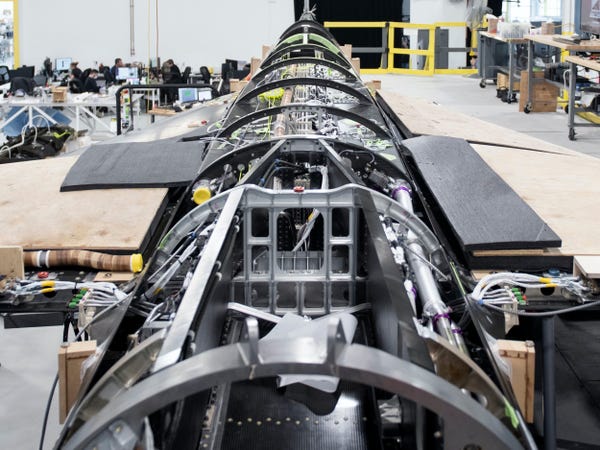 One pilot will fly the XB-1, also like a fighter jet, with no room for passengers. 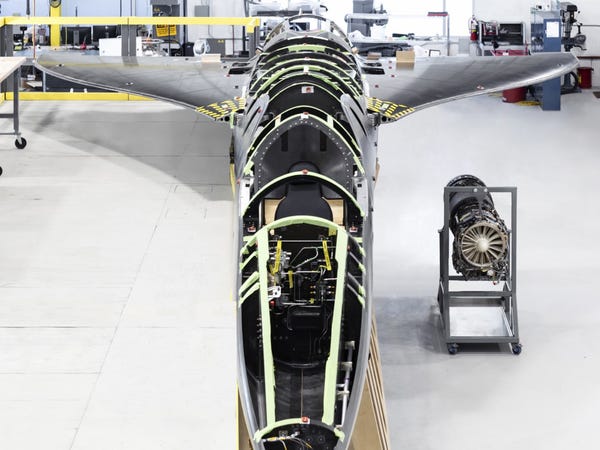 Here's the simulator that XB-1 pilots are training on in preparation for the flight. 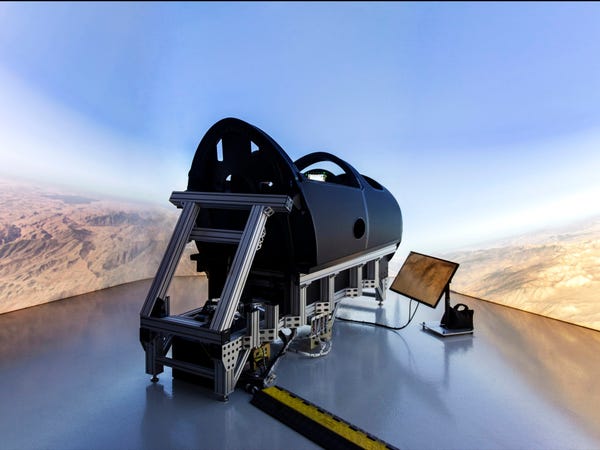 Powering both aircraft also are General Electric J85-15 engines offering 12,300 pound-force. Here's what one looks like in action. 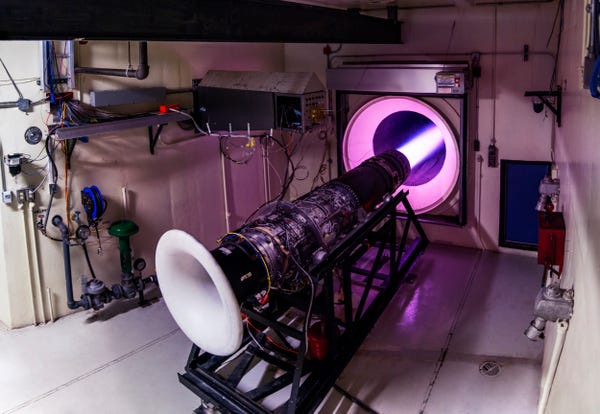 Flight testing for the XB-1 is planned to be fully carbon-neutral, with sustainability a focus of the entire program. 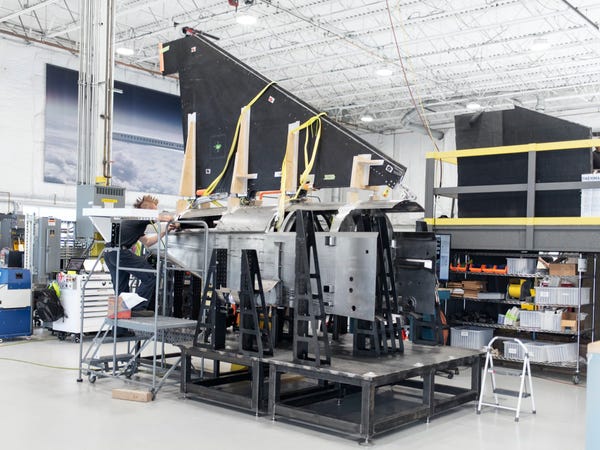 Both the XB-1 and Overture will be built using low-weight carbon-composites, which aids in fuel efficiency. 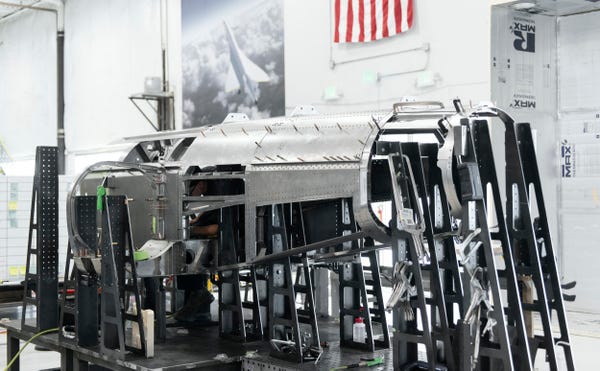 The onus on Boom is not only to build the jet but to assure the public that it's safe. 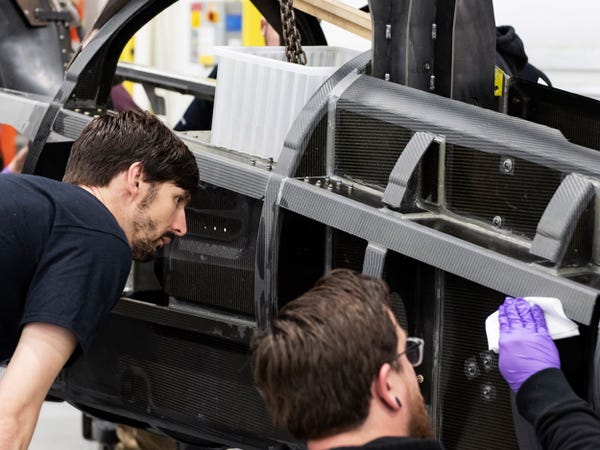 The Concorde suffered a major public relations disaster when an Air France flight crashed just after take-off from Paris after hitting debris on the runway, contributing to its retirement. 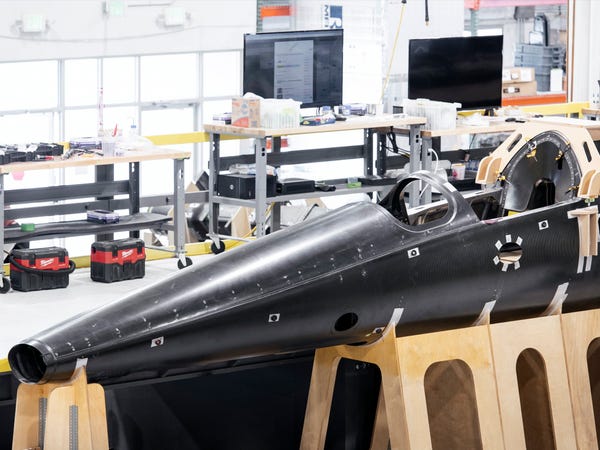 "With XB-1, we're demonstrating that we are prepared to bring back supersonic," Boom CEO Blake Scholl said in a press release. "We're ensuring that the supersonic future is safe and environmentally and economically sustainable." 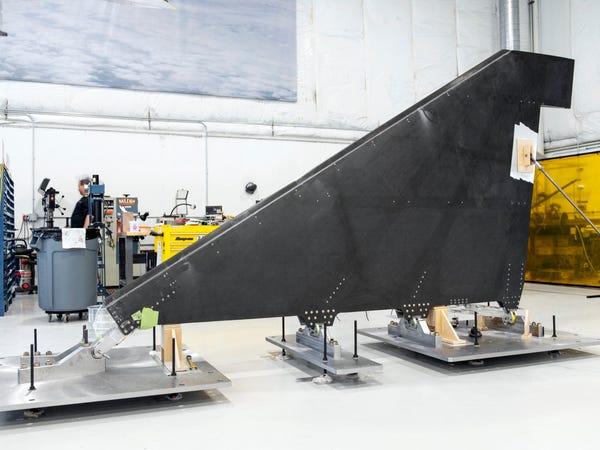 Once the XB-1 proves the concept and technology to be viable, the Overture will then take to the stage. 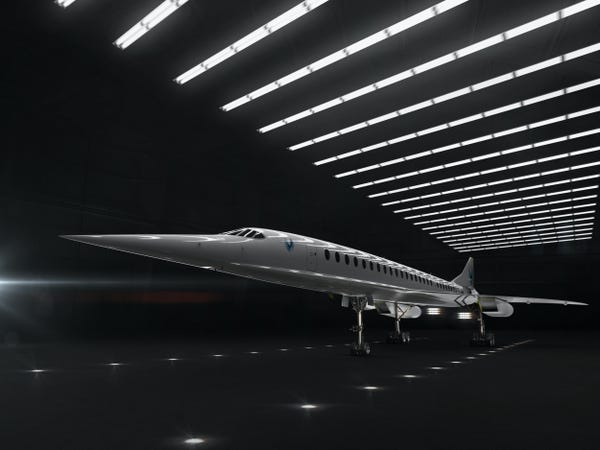 Boom says the larger jet will take to the skies in mid-2020s and carry passengers by 2030. 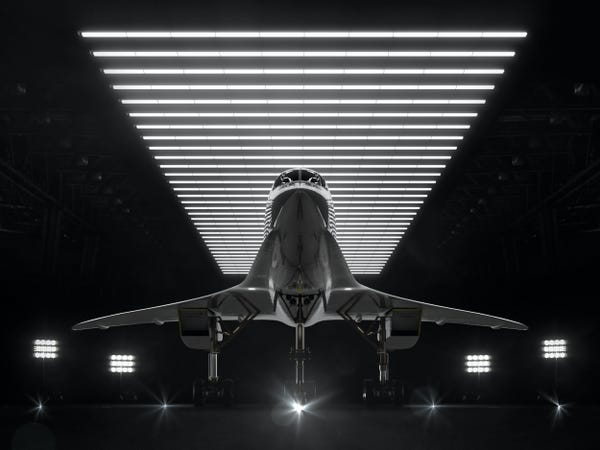 And it just may be the first worthy successor to Concorde. 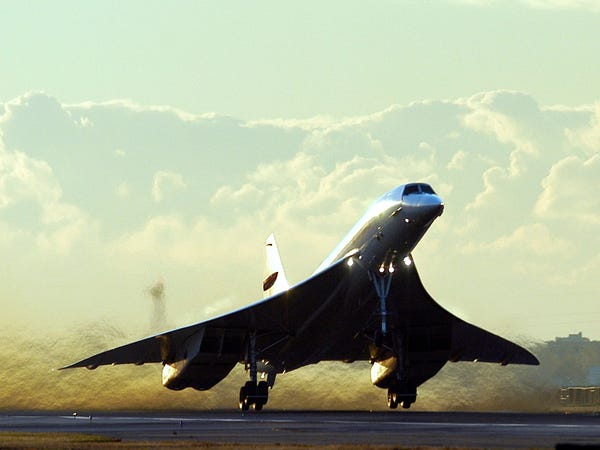