Pete Hegseth explains how the left has won the culture in his opening monologue on ‘Fox News Primetime.’

PETE HEGSETH: Today, the Harvard Kennedy School’s Institute of Politics released their biannual Harvard youth poll. They’ve been doing the poll for 20 years, asking 18- to 29-year-olds…what they think about the state of our country. Over a thousand young Americans were polled. The margin of error [was] three percent. …31 percent said America is the greatest country in the world. …Here’s why…31 percent matters. If you go by the old adage, “The children are the future,” then plain as day, this poll shows that the future hates America, or at least they think there’s nothing special about America. “It’s just…one of many countries.”

America was founded on Western Christian principles. Our founders? The product of the fusion, the beauty, the brilliance of Athens and Rome and Jerusalem. They knew and understood the Bible inside and out. They knew Latin. They understood the classics, [and] they understood human nature: who we are as sinful creatures…hell-bent on power and greed. They built the system – the first in human history – designed to restrain government and protect God-given rights for the individual: life, liberty and the pursuit of happiness… So while for decades, patriots and conservatives fought for good things like free markets and defeating communists and Islamists, the left focused on culture and classrooms. They specifically targeted the way we educate our young people by focusing on removing the most important ingredients. They knew our Judeo-Christian faith and tradition were the key to our human freedoms. Our founders understood that; George Washington talked about it. So the progressives knew they had to get rid of it.

WATCH HIS FULL COMMENTS BELOW: 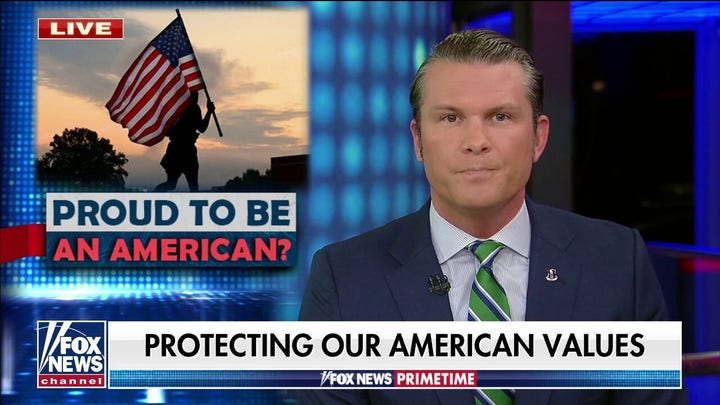