Donald Trump may be out of the limelight (and off of Twitter) for the moment, but the MAGA foot soldiers who stoked his racist fantasies, encouraged his worst impulses, and looked the other way for four years of chaos and cruelty haven’t left us. The leading villains of the Trump presidency have scattered to Fox News and the 2024 campaign trail, defending their former boss’s tumultuous years in office and doing their damnedest to elect future waves of Trump-loving Republicans.

Trump’s cohort may have been blacklisted by polite society, but their connection to the former president is now invaluable within a weakened party doing all it can to cling to Trump’s star power. Instead of falling back into the periphery of conservative politics, Trump’s most notable enablers are now positioning themselves to chart the course of the GOP’s future, whether it be through the media, fundraising operations, or even an effort to carry the torch of Trumpism back into the Oval Office.

Here is where the leading players from the Trump administration have landed: 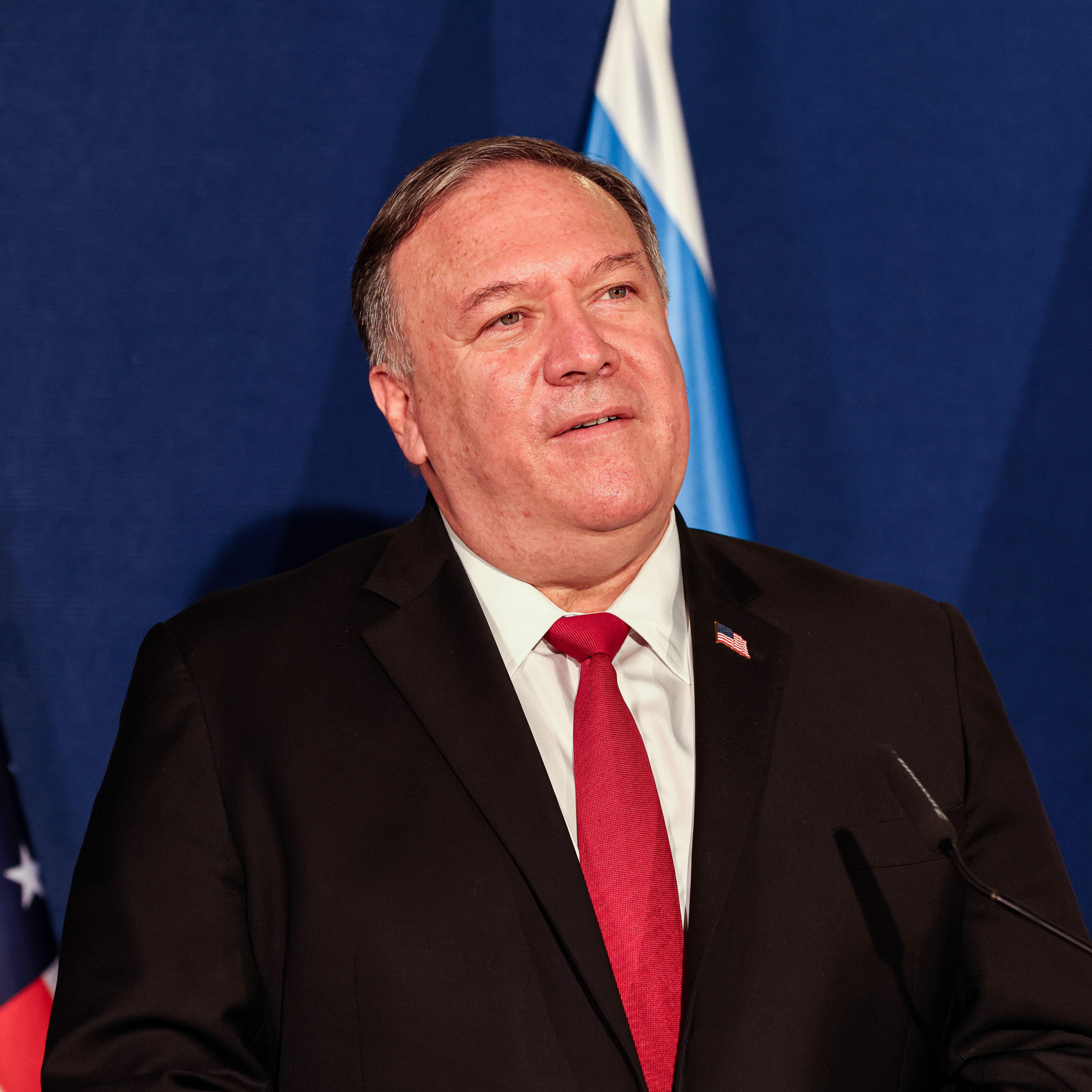 MAGA Role: A Kansas Republican once known as the “congressman from Koch,” Pompeo was the face of Trump’s “America First” foreign policy. He survived all four years of the Trump presidency, serving first as CIA director and then as secretary of state, where he led the administration’s bombastic strategy with China.

Rap Sheet: He laughed off his boss’s slide toward authoritarianism and used his position as secretary of state as a launch pad for future political runs by hosting invitation-only, taxpayer-funded “Madison Dinners” at State Department HQ for wealthy Republican elites.

Current Status: With more than 1,000 days to go until the 2024 presidential election, Pompeo appeared at the Westside Conservative Club in Urbandale, Iowa, for what several media outlets billed as the first “campaign event” of the 2024 presidential race. Because time is a flat circle and campaigns never end. 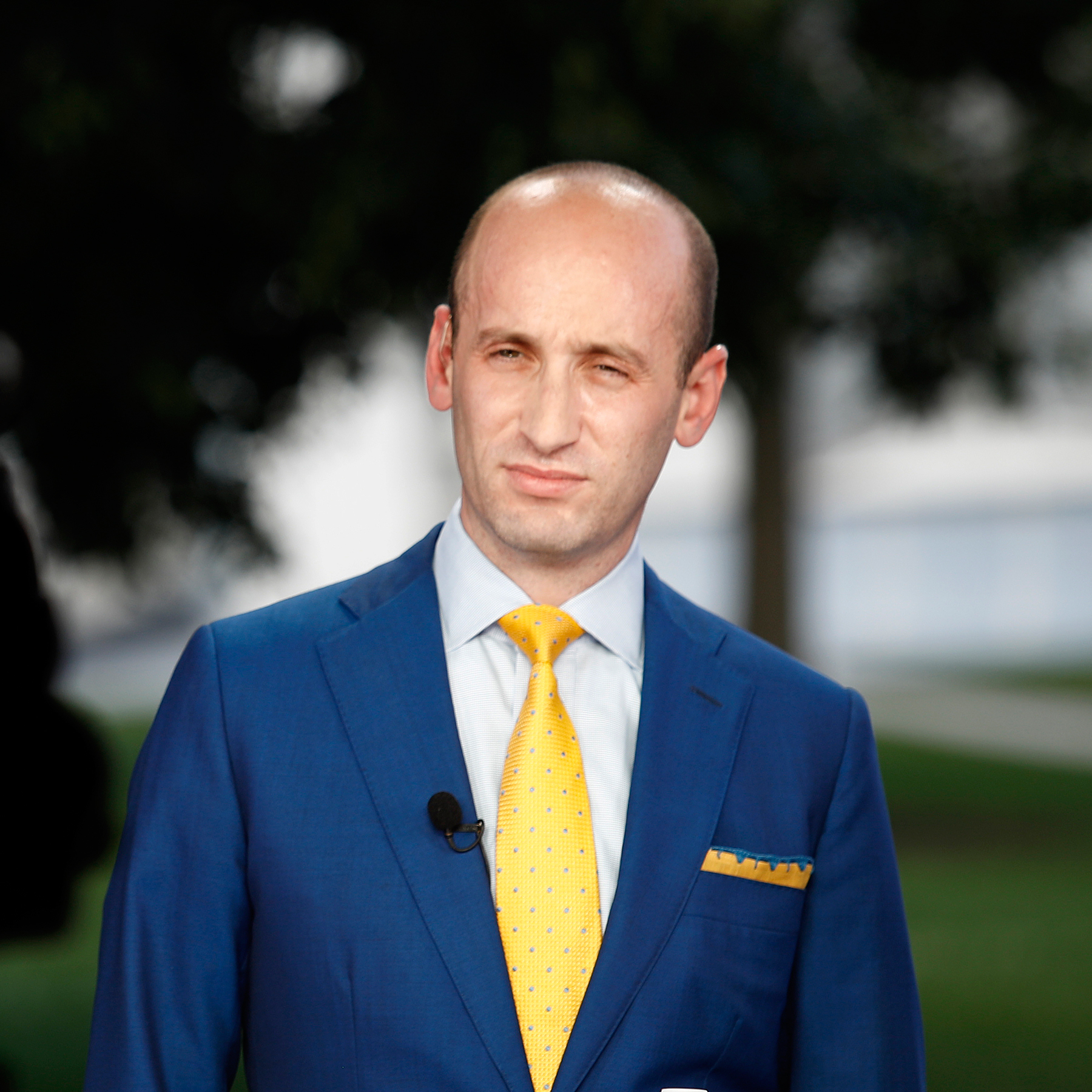 MAGA Role: A little-known speechwriter to then-Senator Jeff Sessions, Miller parlayed his appearances as an opening act on the 2016 campaign trail into a powerful role inside the White House shaping Trump’s message and policies. Remember Trump’s “American carnage” inauguration speech that Dubya apparently called “some weird shit”? Miller’s handiwork. An anti-immigration policy for which cruelty was the point? Miller again.

Current Status: Stumping for Mo Brooks, a Trump-wannabe congressman and candidate for U.S. Senate in Alabama. Attacking President Biden and spin-defending the Trump administration’s immigration record on — where else? — Fox News. 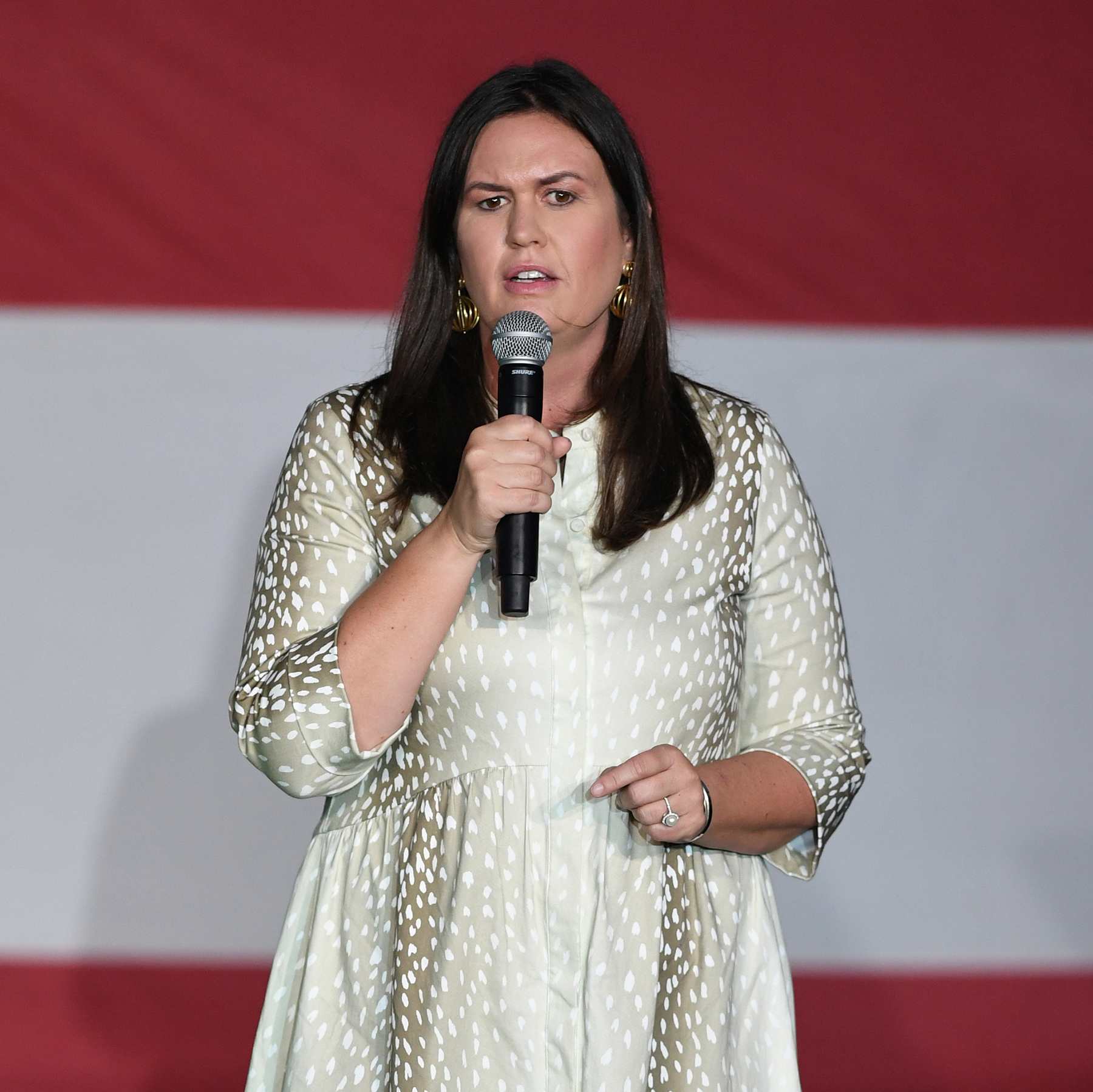 MAGA Role: Trump’s longest-serving press secretary, Sanders battled with the press corps — except for the long stretches when she didn’t bother briefing the press at all — over the indefensible behavior and chaotic actions of her boss.

Rap Sheet: In an interview with Special Counsel Robert Mueller’s team, she admitted to flat-out lying to the media after the firing of FBI Director James Comey. True to form, when that unflattering revelation broke in the news, Sanders tried to spin it away by blaming Democrats. 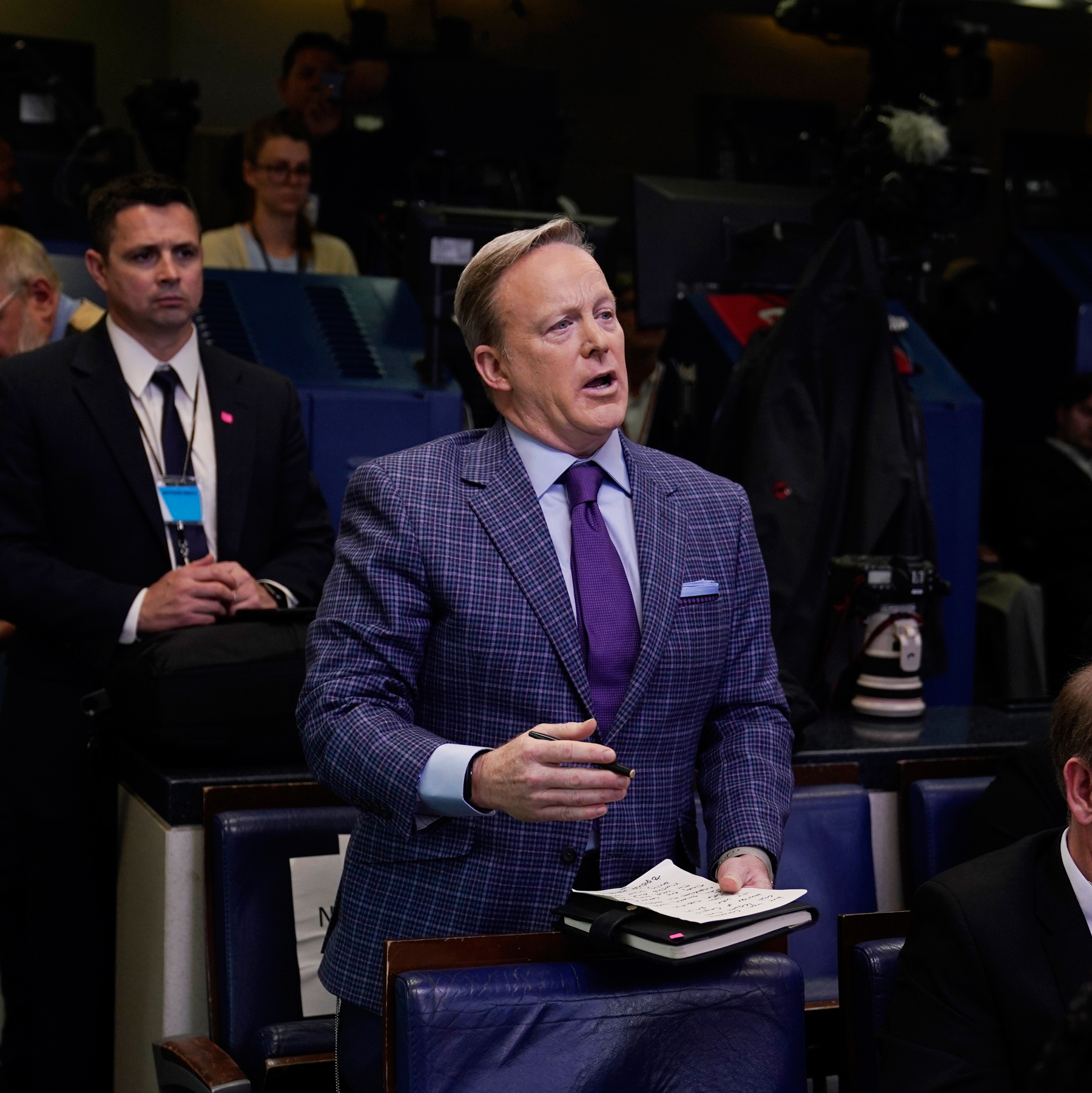 MAGA Role: Trump’s first press secretary got off to, well, an inauspicious start, arguing with reporters about the attendance at Trump’s inauguration ceremony. It only went downhill from there, and Spicer was out the door within six months.

Rap Sheet: The whole our-crowd-size-is-bigger-than-his performance. The post-White House appearance as a contestant on Dancing with the Stars. (You’re welcome.) Who writes a memoir about a six-month job best remembered for SNL‘s skewering of you? 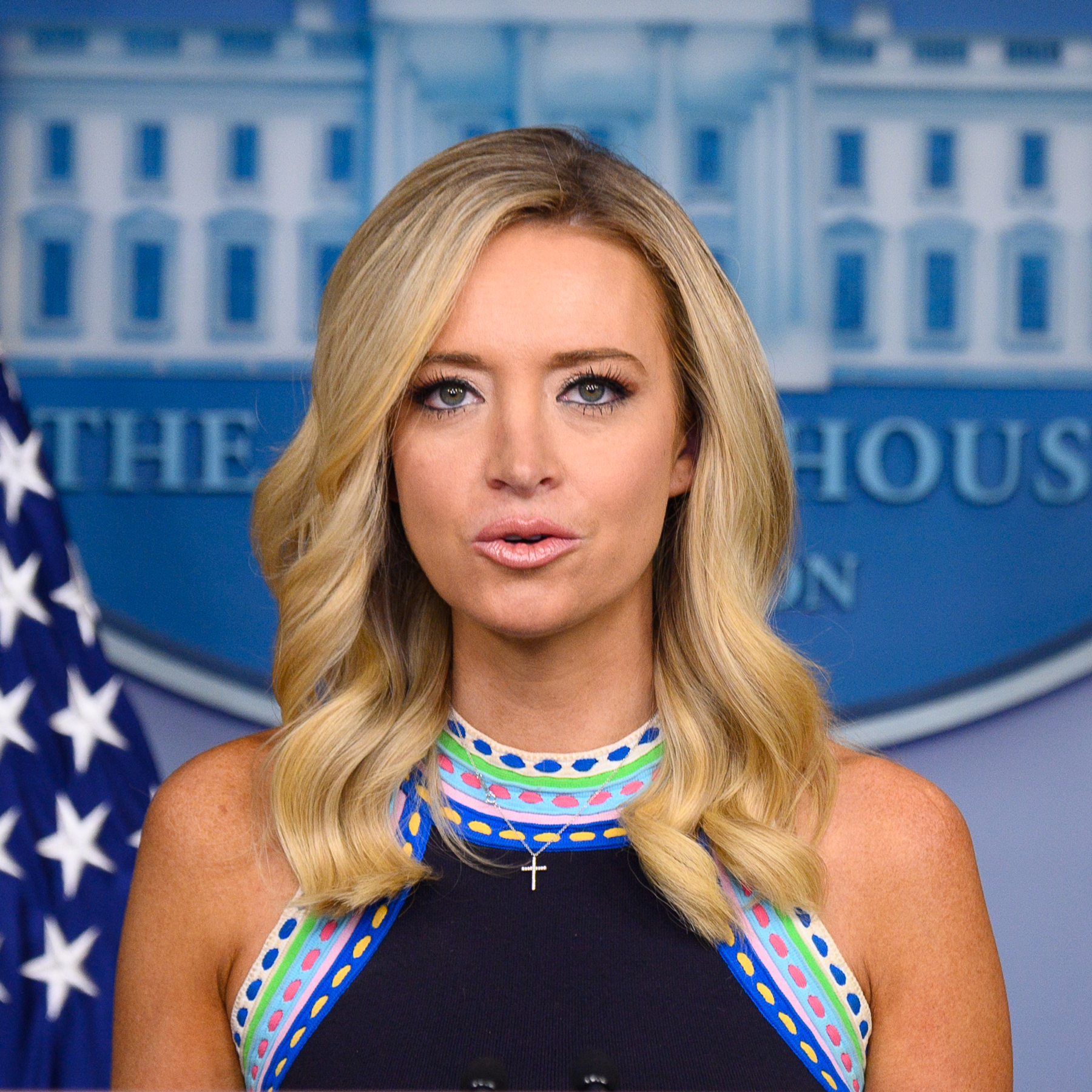 Rap Sheet: McEnany came on board just in time to spin Trump’s deadly lies about the pandemic to the press and to the American people, and she left defending his false claims that the 2020 election was “stolen.” Her most dishonest moment, however, may have come as she introduced herself to the press upon taking the job last spring. “I will never lie to you,” McEnany said.

Current Status: Fox News spent the final months of Trump’s presidency regurgitating McEnany’s talking points, so it wasn’t a surprise when she joined the network as an on-air commentator in early March. Both on Fox News and on Twitter, she’s continued to snipe at Biden, defend Trump, and gift her followers some delightful spelling gaffes. 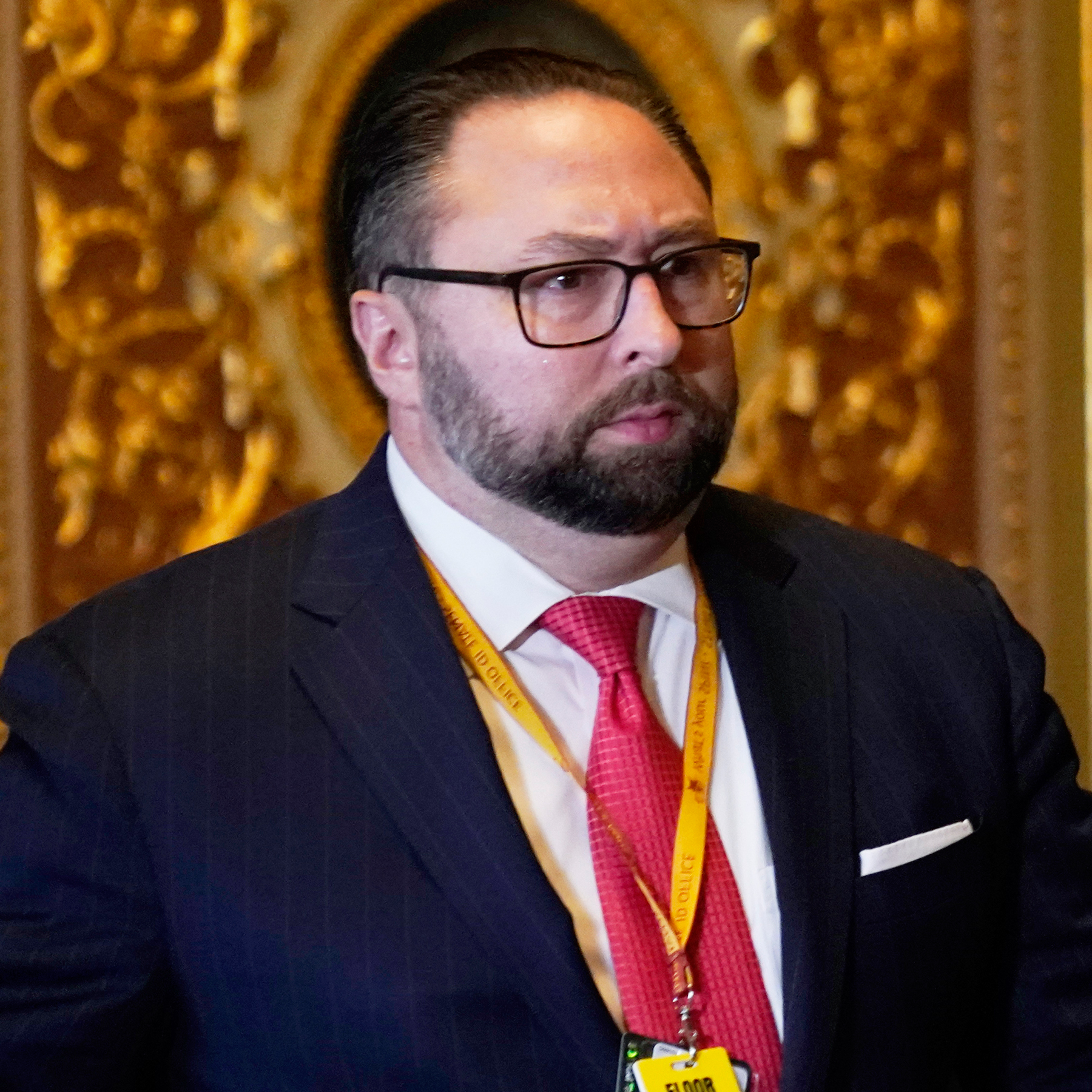 MAGA Role: Miller was a communications adviser for Trump’s 2016 campaign, going on to serve as the chief spokesperson for the transition. He spent the next four years defending the president through various media channels, before joining the 2020 campaign as a senior adviser.

Rap Sheet: Miller elevated defending the president in the press to a dark art. But he’s also had to defend himself. While his wife was pregnant with their second child, Miller impregnated Trump transition adviser A.J. Delgado. Delgado had the baby, and Miller has since gone to great lengths to conceal his income and skirt paying any child support. It was revealed in March that Miller lied about a secret deal he struck to continue working for strategy firm Teneo after he left the company in 2019 following a profane Twitter tirade directed at Rep. Jerrold Nadler. Miller had cited his “unemployment” after losing the Teneo gig as proof he couldn’t pay Delgado child support.

Current Status: Miller is serving as a senior adviser to the former president, and has continued to lend the press insight into Trump’s thinking — from when he’ll get back on social media, to whether he’s contemplating a trip to the border. In March, he signed on to be a contributor to pro-Trump network Newsmax. 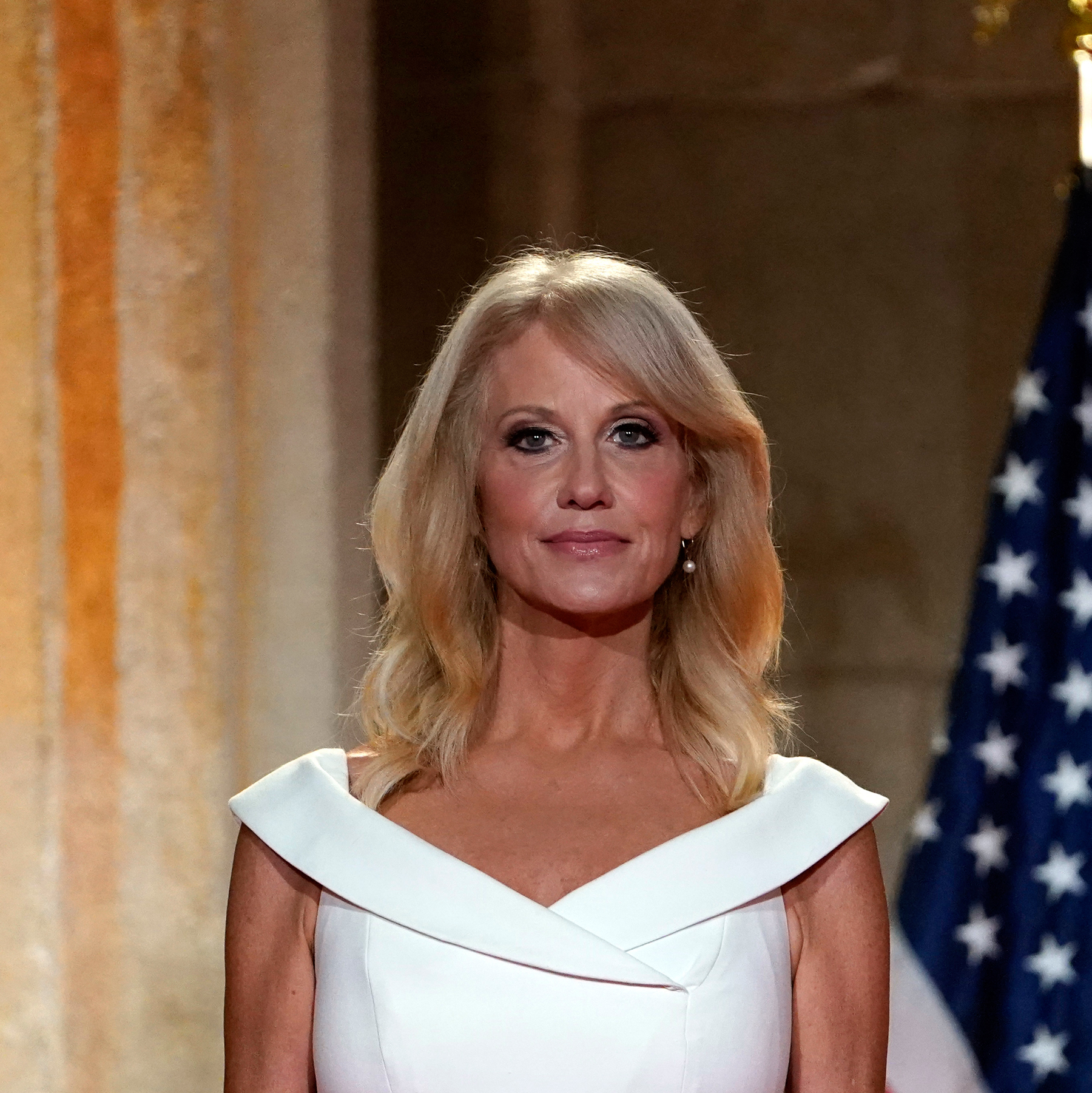 MAGA Role: As a senior counselor to Trump, Conway played both the inside and outside games. She was a trusted adviser to the president behind closed doors and an unrelenting defender of his administration’s chaotic reign in front of the TV cameras.

Rap Sheet: Conway will forever be remembered for popularizing the phrase “alternative facts,” a doozy of a talking point that she used in the early days of Trump’s presidency and that captured the White House’s dismissive attitude about facts and reality.

Current Status: Left the White House last year to spend more time with her family, which includes husband George, one of the most blistering and visible anti-Trump Republicans over the last four years. To be a fly on the wall for that family dinner. 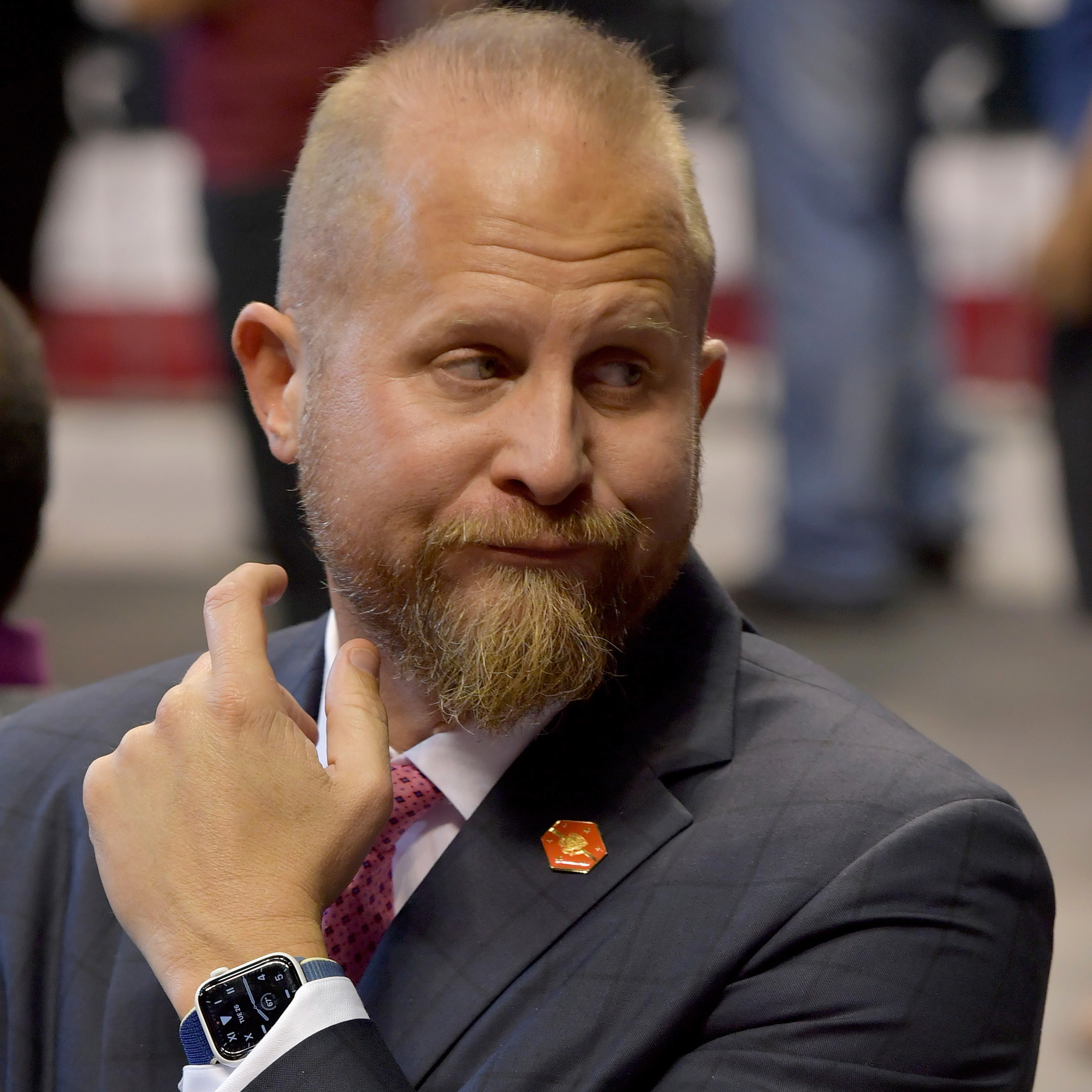 MAGA Role: Was he a genius — or just unbelievably lucky? The question has hung over Parscale, Trump’s Viking-bro campaign adviser, as he ascended from a web designer hired by the Trump family business to the guy who helped mastermind Trump’s 2016 win, thanks in part to Facebook (and Jim Comey, and some Russian interference).

Rap Sheet: Parscale parlayed his ’16 success into the top job for Trump’s reelection bid. But his exorbitant lifestyle — including a $2.4-million waterfront house and a garage’s worth of luxury cars — led to scrutiny over whether he was enriching himself via the Trump 2020 campaign. He resigned from the campaign before the election after an embarrassing run-in with the police.

Current Status: Launched a super PAC — which can raise and spend unlimited sums of money — to elect pro-Trump candidates in the 2022 midterms.