Codecasa Shipyards constructing the Jet 2020, a 229.66-foot yacht designed to look like an aircraft.

According to the company's website, no Codecasa ship is the same as its other builds, and this is evident in the unique appearance of Jet 2020.

The Jet 2020 borrows design traits from "aviation lines" and imposes them onto the yacht to create sleek, minimal lines and a spacious exterior and interior, according to Codecasa. And several sections of the ship — such as the forward, hull, and aft — were designed to resemble corresponding parts of an aircraft, such as the cockpit, fuselage, and tail.

Codecasa's flagship yacht is still being finalized, but the shipmaker plans on beginning production sometime during the first half of 2020.

The forward of the yacht has a round shape reminiscent of a cockpit of an aircraft, while the 65.62-foot long, 6.56-foot wide central part of the yacht was built to resemble a plane's fuselage. 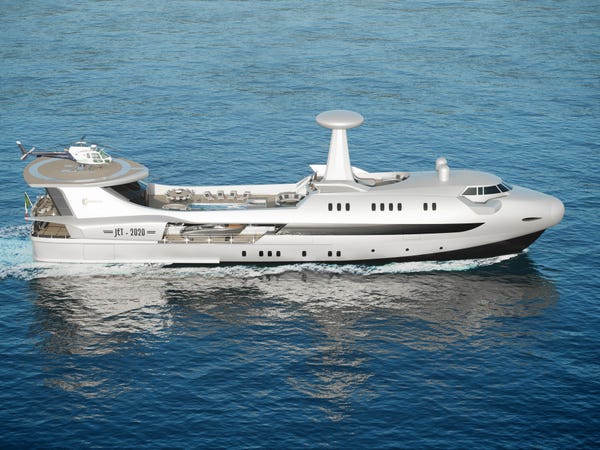 Like any luxurious yacht, the central portion has a sun deck, sunbathing pads, a covered gym, and a 19.69-foot by 6.56-foot swimming pool. 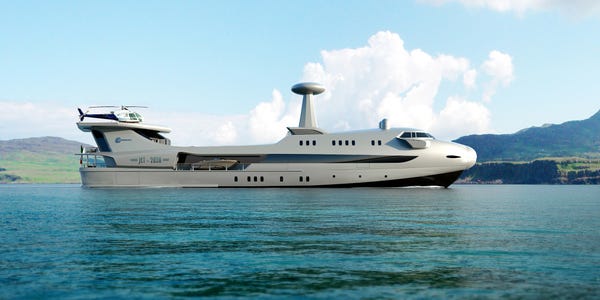 This sun deck area extends into the aft, which was designed to look like an aircraft's tail, therefore creating an overall exterior appearance that resembles the entire body of a plane. The aft has a beach club and an elevator that transports passengers to the window-lined sky lounge, main dining area, and salon. 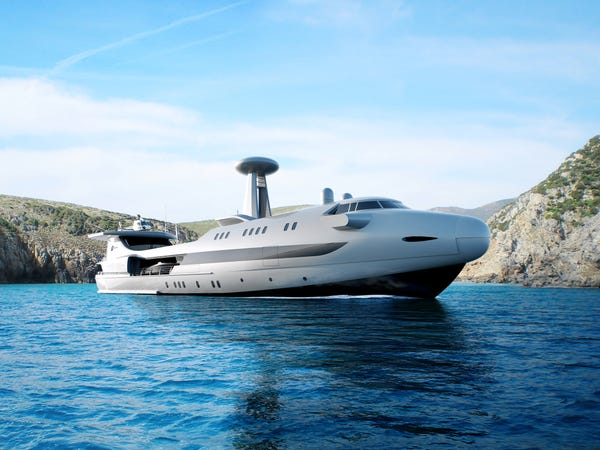 The owner's cabin sits on the main deck by the bow, while the four guest bedrooms can be found on the lower deck. The crews' cabins are also on the lower deck, but more towards the forward area. 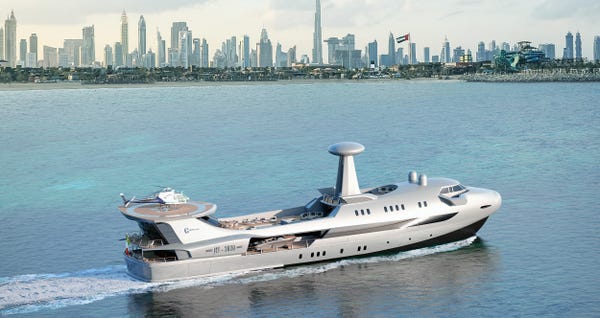 The Jet 2020's pilothouse and captain's cabin are both on the bridge deck and can be accessed from the three other decks with an elevator. 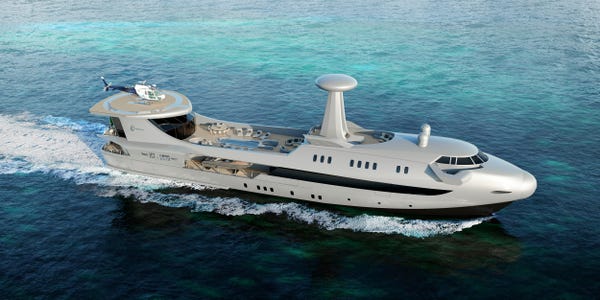 However, the aircraft visual allusions don't just end at the structure of the yacht. According to its maker, the yacht's two tenders resemble air inlets on an aircraft's engine. 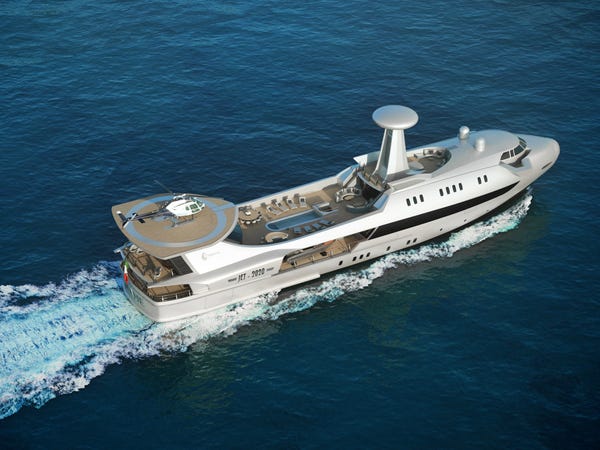