President Biden, House Speaker Nancy Pelosi, D-Calif., and Senate Majority Leader Chuck Schumer, D-N.Y., didn‘t get their big spending plan, didn’t get their so-called “voting rights” bill, and couldn’t get a majority of senators to eliminate the time-honored Senate filibuster. Those are all big developments right out of the gate in 2022.

Nevertheless, the government remains by far the biggest industry in America today and that means politics is a full-time business. With so much at stake, there are many dynamics at play in this midterm election year.

In 2022, here are five of the most important dynamics to watch.

5. Will the Democrats moderate their law-and-order views? 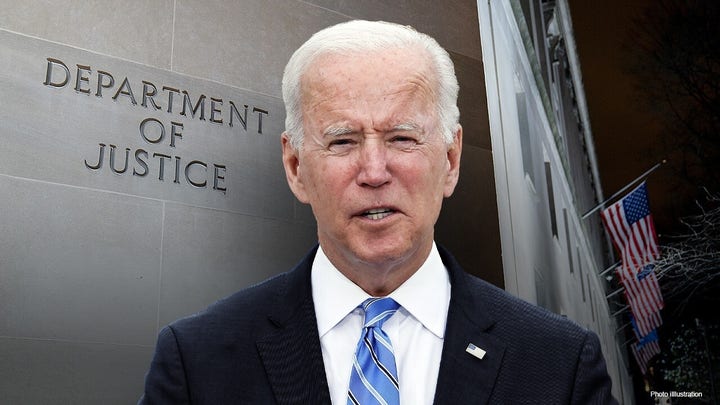 What is troubling for Democrats is that by a nearly 2-1 margin voters now disapprove of how Biden is handling crime. His approval rating is just 36% and his disapproval rating on the issue is at 61%. That is quite a high number in this polarized society, which I called Divided Era, in my book of the same name. Getting that many Americans to agree on a subject is simply rare in this era.

Negative presidential numbers that high on an issue are never good for a party in a midterm election year. So, the question arises, will the Democrats do something about that by moderating their views?  Some big-city Democrat mayors, from Chicago to San Francisco, already have at least changed their rhetoric.

What the remainder of Democrats do on law and order will be important to watch in 2022, along with whether this issue leads to a mini-civil war among Democrats.

As I have written elsewhere, Democrats care more about new, preferably large spending programs than they do the next election. Democrats believe they are building their long-term voting base to have voters dependent on government programs that most often become permanent. 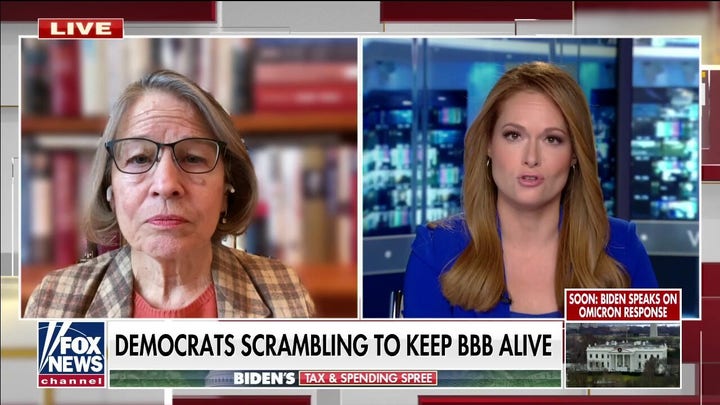 ObamaCare is the most recent example about how spending programs are never repealed, despite Republican complaints and even when they have power. The health care bill may have contributed to Democrats’ large electoral losses in 2010, including losing control of the House, but the program remained and they came back to take control of the House.

That is why their 2022 leadership pressed ahead on the huge spending bill even though voters are not sold on it. According to Rasmussen Reports, “51% of Likely U.S. voters opposed the $2 trillion ‘Build Back Better’ bill, including 40% who Strongly Oppose it. Forty-two percent (42%) support the bill, including 27% who Strongly Support it.”

The problem for Democrats is that 46% of likely voters believe Biden’s social spending will make inflation worse, according to a FOX Business poll. Worse yet, according to Reuters/Ipsos polling, 69% of Americans “disapprove of how Biden has handled inflation.” 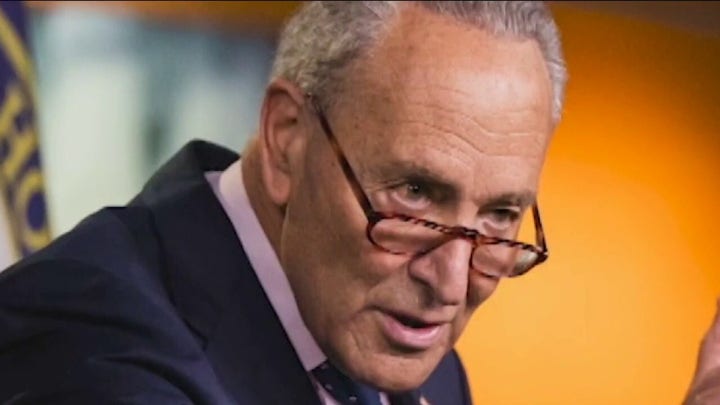 So, in the face of their recent legislative losses, will Pelosi and Schumer push more big spending? And if they do, what will the moderate/midterm-challenged Democrat do? That will be something to watch in 2022.

3. Will Biden abandon his tax hike?

Even so, Democrats have variously talked about a major tax hike as part of the Biden agenda. The problem for Democrats is that 57% of voters disapprove of how Biden is handling taxes – even though his major tax hike has yet to be passed. Just 40% approve of his handling of taxes – a drop of 4% since October. Obviously, that is another issue where a clear majority of voters are against a major Democrat position.

So, will Democrats abandon their tax cut even if it means they have to abandon any new spending plans? That too will be something to watch in 2022. 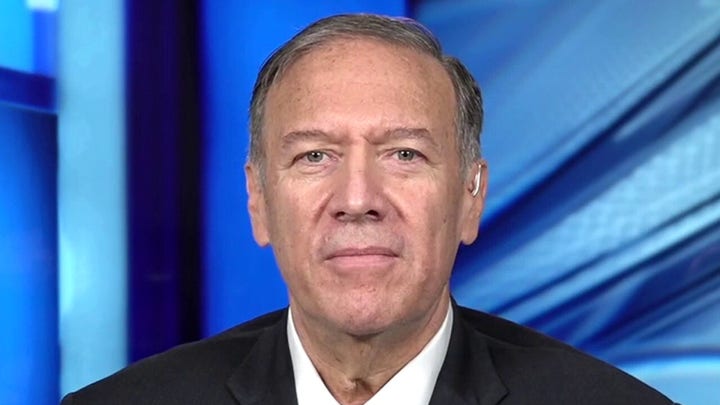 Since foreign policy, in the form of the Vietnam war, cost Lyndon Johnson and the Democrats the presidency in 1968, Democrats have loathed the interference of foreign policy in their domestic political plans.

Russia’s buildup of 100,000 troops on the border of Ukraine and the interplay between Biden and Russian President Vladimir Putin has garnered international headlines like this from the BBC, “Ukraine tensions: Putin tells Biden new sanctions could rupture ties“ amid questions about whether Russia will invade Ukraine.

China, for its part, has not yet made such an overt show of political muscle but is seen as an aggressive player internationally, presenting many strategic challenges to the United States. Iran, for its part, is in negotiations with the Biden administration over its nuclear ambitions. 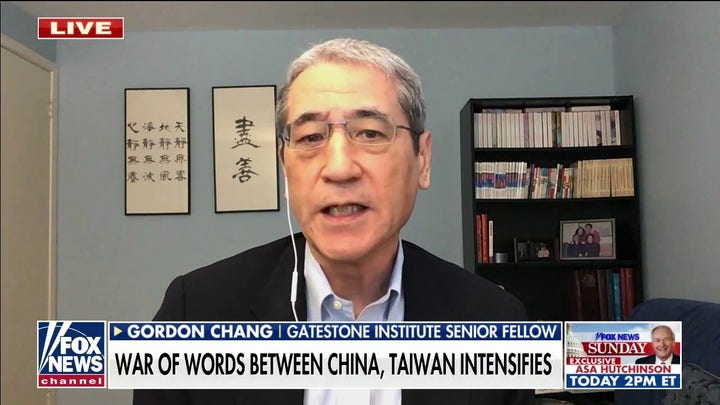 Will all three dynamics break Biden’s way and bolster Democrats’ standings? Or will a loss among any of the three of them leave the world saying Biden had his second Afghanistan and is not strong enough to be president?

1. Will Latinos continue to move toward Republicans?

The headline could not be more stark: “Hispanic Voters Now Evenly Split Between Parties, WSJ Poll Finds. Republicans have made rapid gains among a crucial voting demographic that has long favored Democrats.”

Of course, for many years now, Latinos have been the political target of the Democrats’ future. By co-opting this fastest-growing political group, the Democrats planned to control a majority of the American electorate as far as the political eye could see. 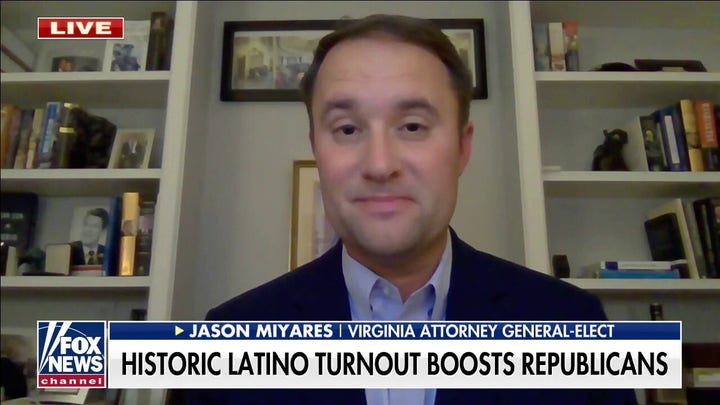 Something went wrong, however, on the way to their political nirvana.

Under the presidency of George W. Bush, Latinos moved toward Republicans. Then, under Donald Trump, they moved even further toward the GOP.

Latinos are no longer willing to give their support without question to a single party, especially now, as big government has failed and shut down their small businesses for two years. They also disapprove of wildly unsafe borders and public safety has crumbled at the same time Democrats flout family values relentlessly,

If that trend continues, it could well be the most important political story of 2022 and for decades to come.