Five members of one Texas family were arrested Tuesday for their alleged participation in the Jan. 6 Capitol riot.

“Washington D.C. here we come… #StopTheSteal #TrumpIsMyPresident,” Kristi Munn captioned a Facebook photo that showed her and five other members of her family in the lead-up to the day’s attack, which left five people dead and more than 140 police officers injured.

The photo included her father, Tom Munn; his wife, Dawn; and Kristi Munn’s siblings Josh and Kayli. Another sibling who is a minor also attended the riot but was not named in the Justice Department’s charging documents unsealed Tuesday, nor was the minor charged. The family drove from Borger, Texas, to Washington, D.C., according to the documents. 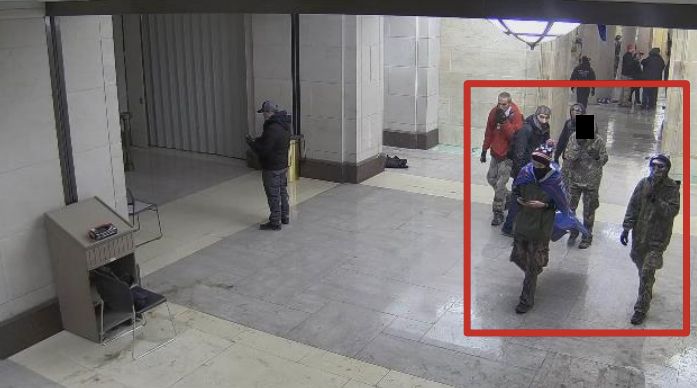 The FBI, with the help of a tipster who knows the family, used social media posts from the Munns to build its case against them. Three of the Munn children’s former teachers also helped authorities identify them.

In one post following the attack, Tom Munn bragged about the day’s events.

“Patriots began chanting ‘they are stealing our country’ and ‘press forward’ as they were carrying the wounded out through us,” Tom Munn said in a post. “The only damage to the capital [sic] building was several windows and sets of doors.”

Munn said the crowd was “ANGRY!!!” and falsely claimed that “Antifa began marching through the middle of us towards the capital [sic].”

Video taken by Kristi Munn showed her inside the Capitol building, as did security cameras throughout the Capitol. She too bragged about the family’s exploits on Facebook.

“They gassed us all. We never fought back !” she wrote in a comment on Jan. 7. “We pushed forward and asked them to join us !! So proud of my Patriots.”

The five family members have each been charged with four federal crimes, including disorderly conduct inside the Capitol.

Another member of the family, Kelsi Munn, did not attend the riot, but posted photos of her family members who did, bragging about their participation.

“The biggest and best female empowerment I have ever seen in my life!!!” Kelsi Munn captioned the pictures, which showed her family inside and outside the Capitol. “These are the women in history 50 years from not [sic] I wanna read about!!!”