Dogs have been the most popular pet for a president to have during his time in the White House — 30 of the 45 presidents have had at least one dog in the West Wing.

The first to have a dog during his presidency was George Washington, and the last was Barack Obama with two dogs.

After President Donald Trump became the most recent president to not have a dog in the White House since William McKinley more than 100 years ago, President-elect Joe Biden is poised to reset the tradition of dogs in the Executive Mansion.

One of Biden's German shepherds, Major, will be making history as the first shelter dog to live in the White House. He'll be following in Champ Biden's Washington, DC, footsteps after the dog spent eight years in the former vice president's residence at the Naval Observatory.

Here are 27 photos of some of the most adorable and well-known canines to grace the Oval Office. 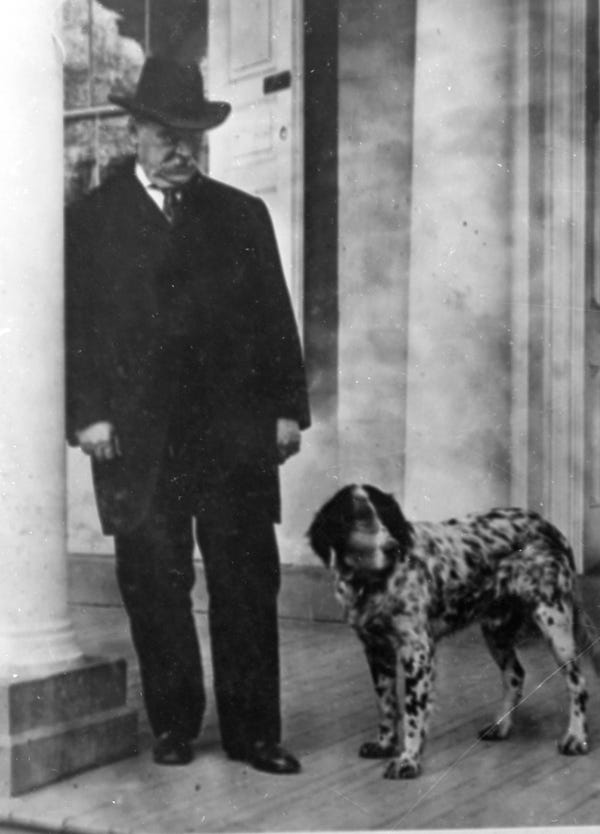 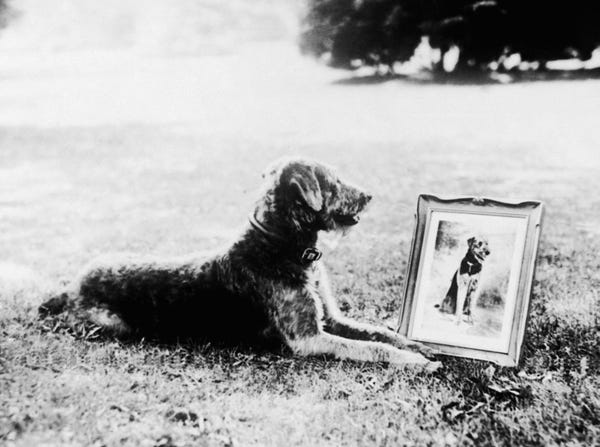 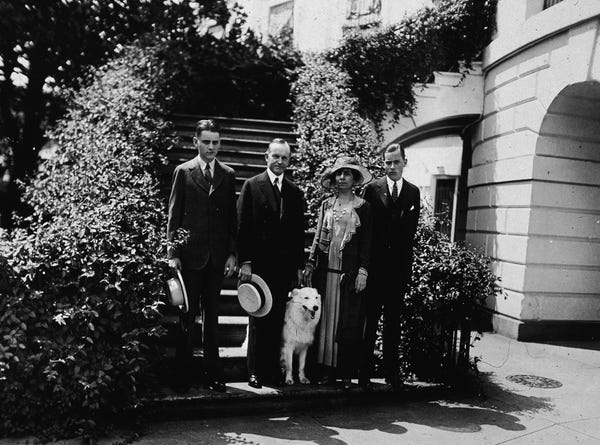 Herbert Hoover had a Belgian shepherd named King Tut, who would patrol the gates of the White House on a nightly basis. He also helped Hoover get elected, appearing in a campaign photo. 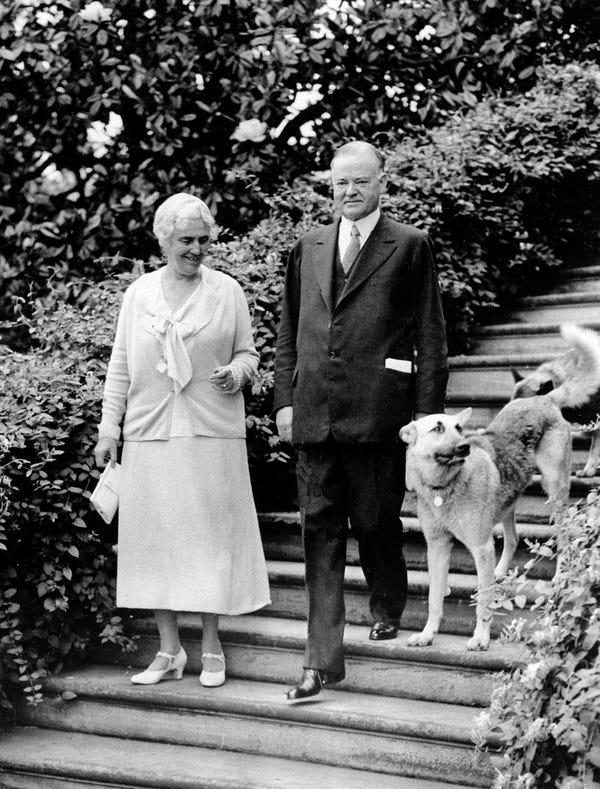 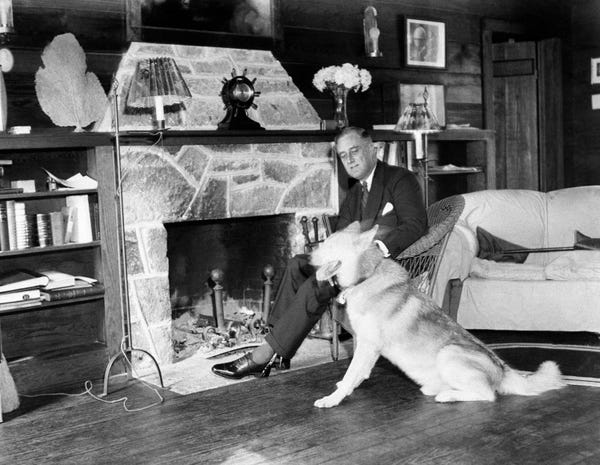 FDR also had a Scottish terrier named Fala that would often accompany the president on his travels. 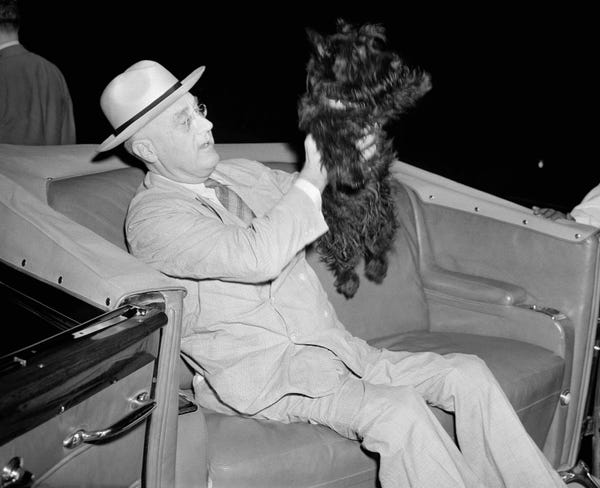 Harry Truman gave away his dog, a cocker spaniel named Feller, to a family physician because he was not a dog lover. 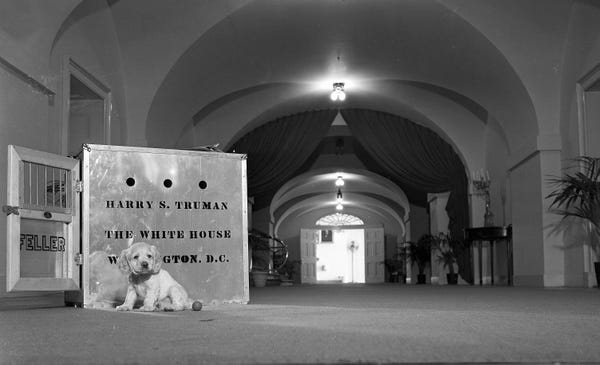 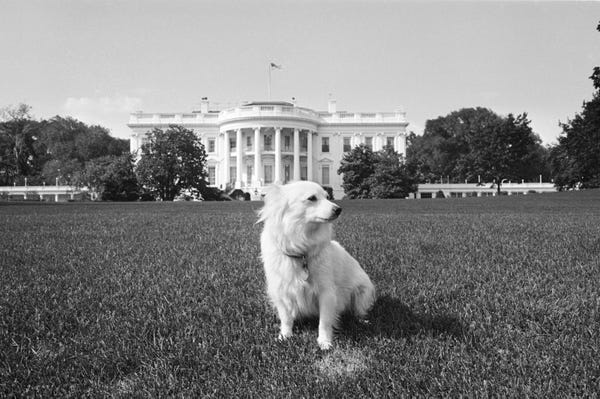 Other than Pushinka, JFK had eight dogs, including his German shepherd named Clipper. 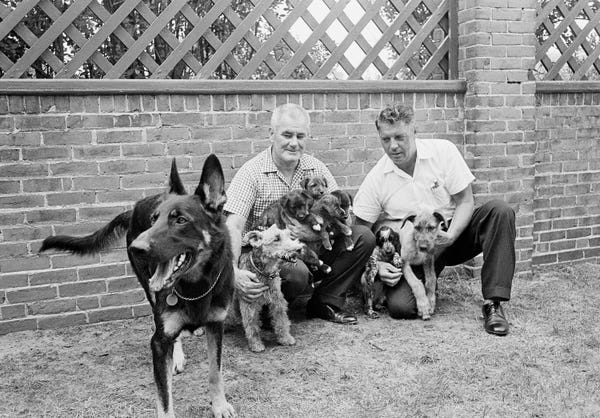 Two of Lyndon B. Johnson's beagles, Him and Her, were frequently on the receiving end of the president pulling their long ears. 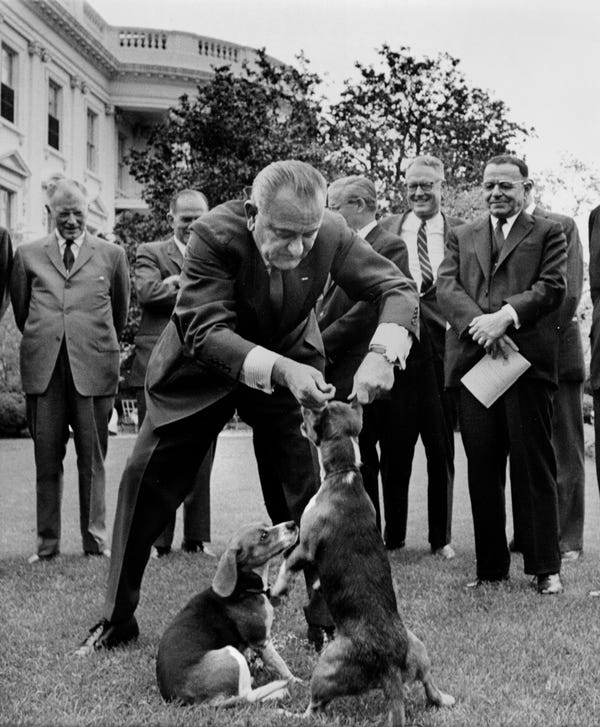 One of Lyndon B. Johnson's beagles named Kimberly was given to his daughter Luci. 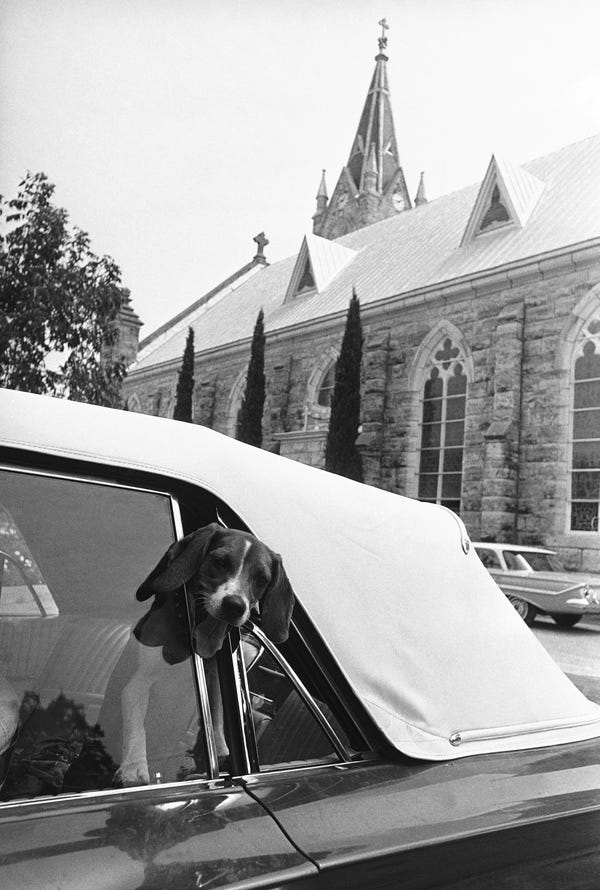 Luci also got another one of his beagles named Freckles. 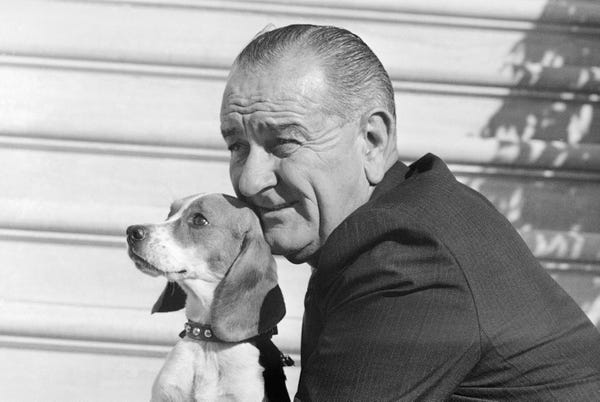 LBJ found his fifth dog, a terrier mix named Yuki, at a Texas gas station on Thanksgiving in 1966. 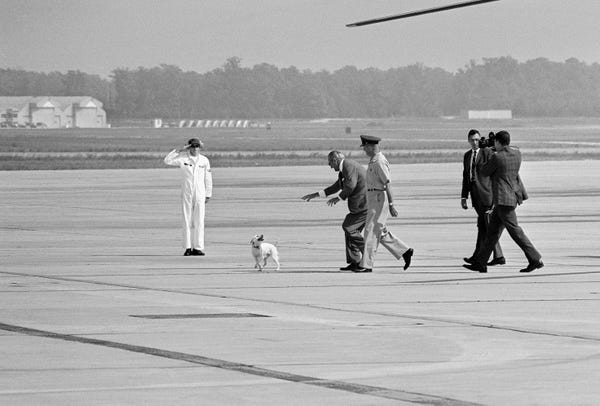 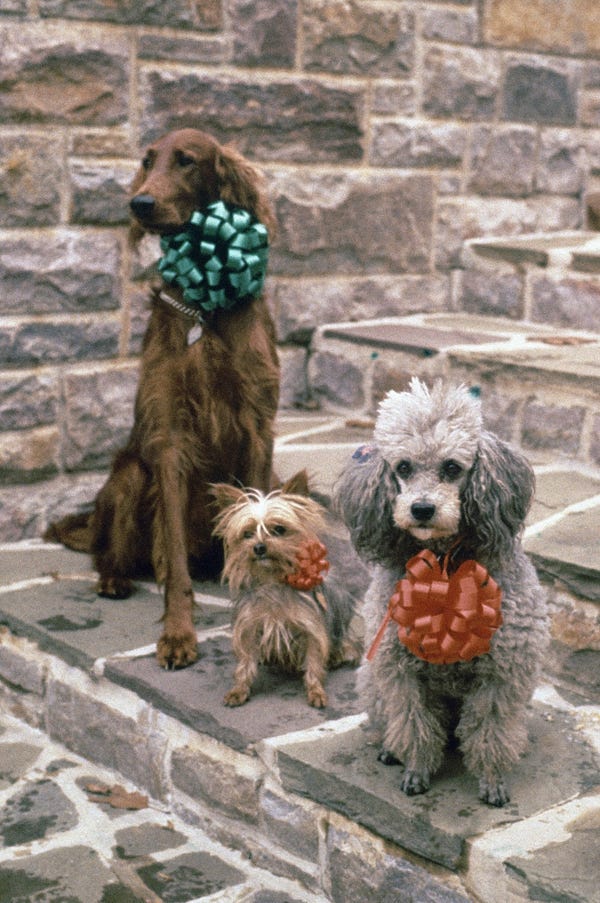 Gerald Ford and his daughter Susan had a golden retriever named Liberty. Susan got Liberty as a surprise for her father when she was a puppy. Years later, Liberty had nine puppies of her own. 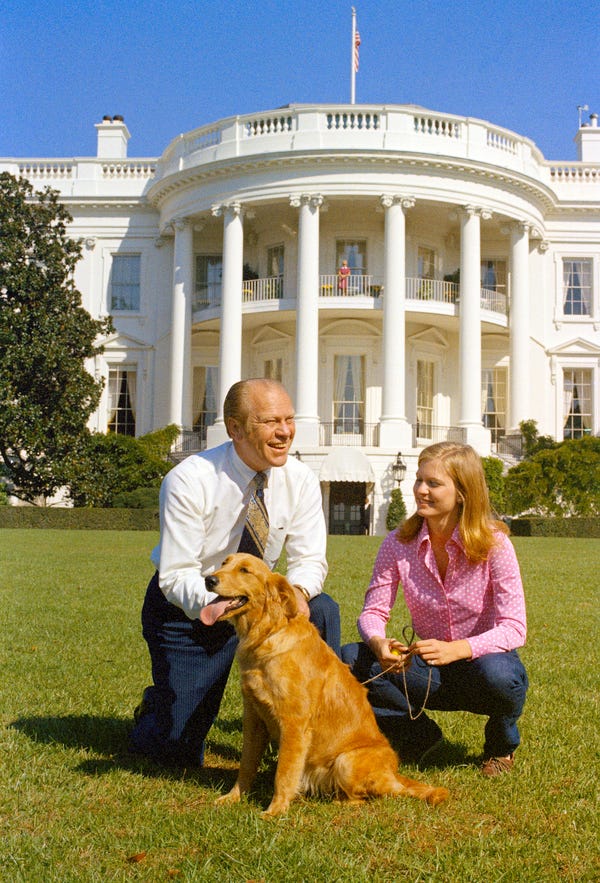 Jimmy Carter had a border collie mix named Grits that was born on the same day Carter was elected president. 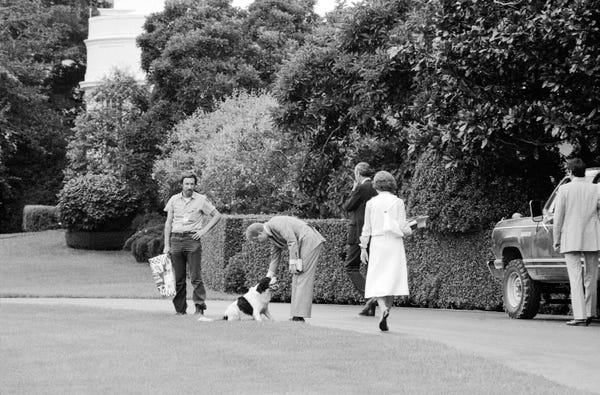 Ronald Reagan had two White House dogs. The one seen here was a Bouvier des Flandres named Lucky that Nancy Reagan received as a gift in 1984. 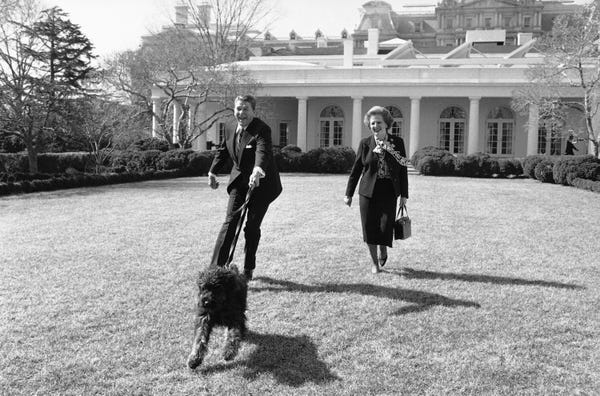 Reagan's other dog in the White House was a Charles Spaniel named Rex. 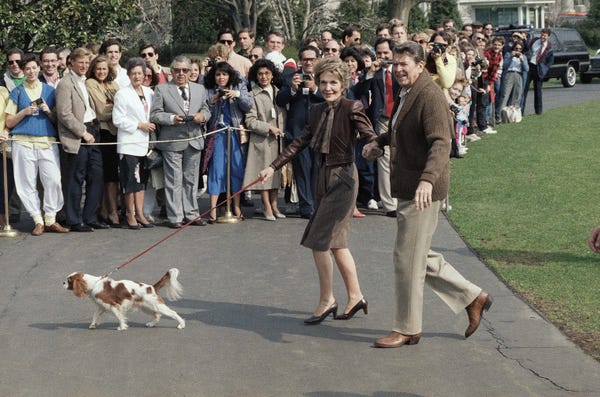 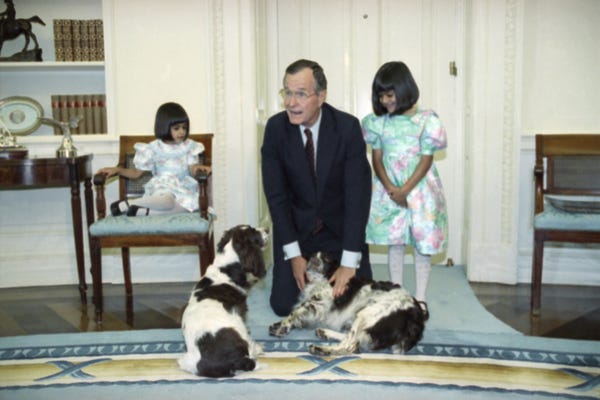 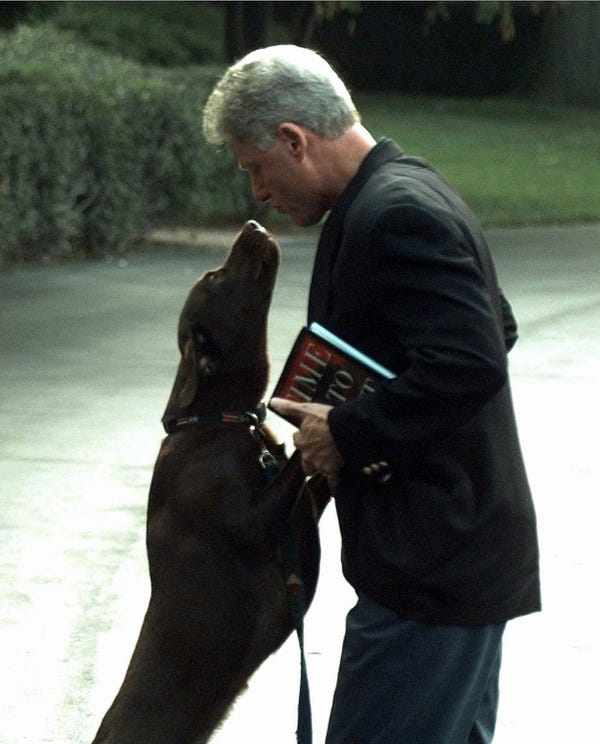 George W. Bush and his first dog in the White House, an English Springer Spaniel named Spot, was one of Millie's puppies. 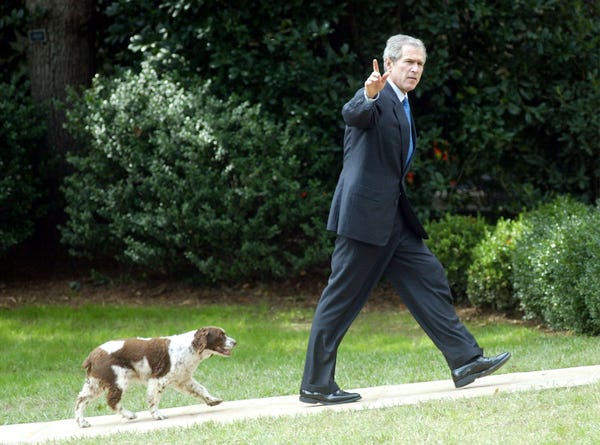 Bush also had two Scottish Terriers named Barney and Miss Beazley, who were separated in age by four years. 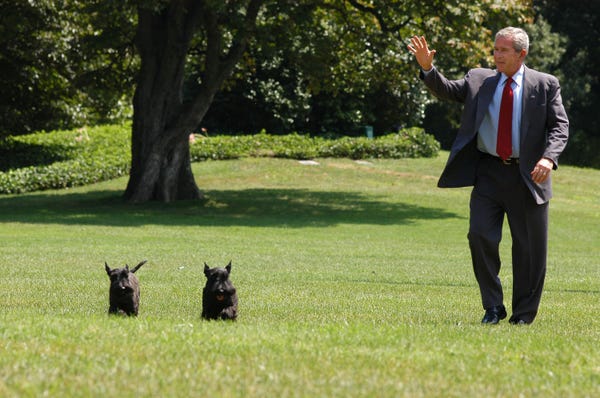 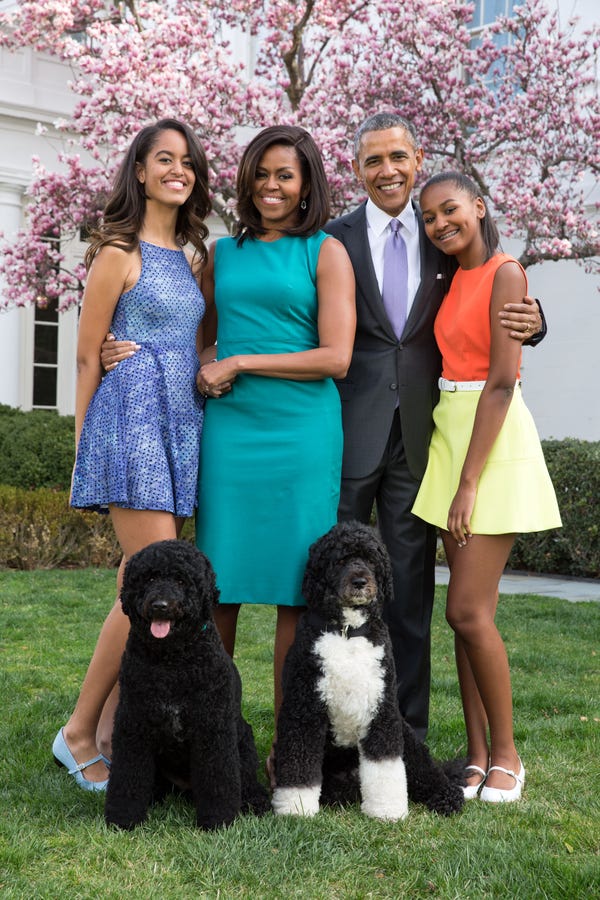 Bo often exercised and played with the president. 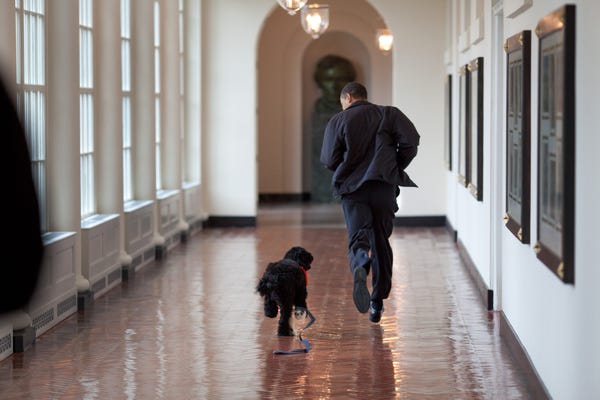 Bo and Sunny were so popular that they apparently had official White House schedules for all of their appearances. 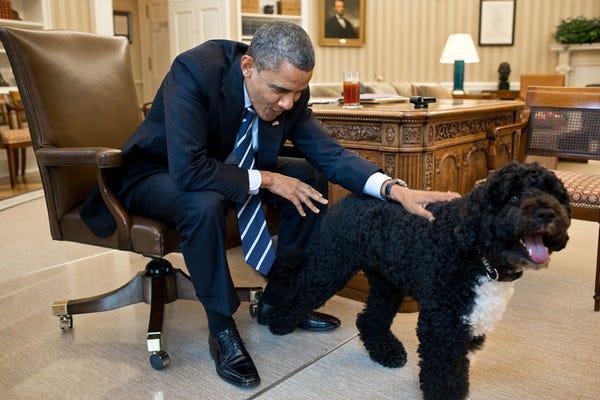 Donald Trump bucked White House tradition when he went four years in office without a dog. 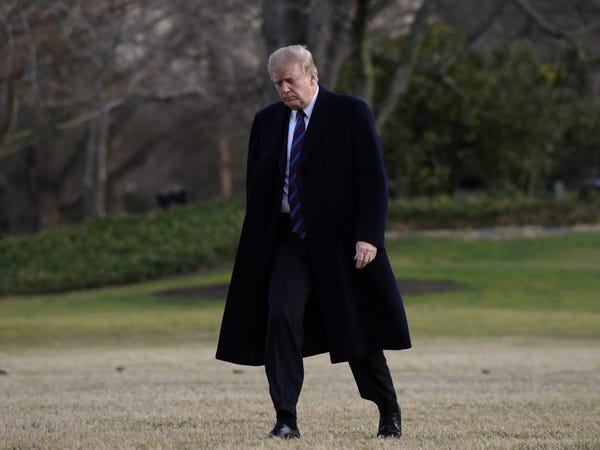 Trump told a crowd in February 2018 that though he "wouldn't mind having one," he doesn't have any time and getting a dog to improve his image would feel "a little phony." 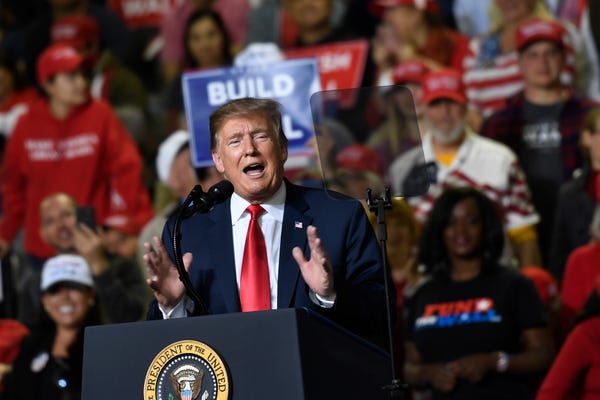 When Democratic presidential nominee Joe Biden was projected to win the 2020 election, dog-lovers noticed that Major would be the first shelter dog in the White House. 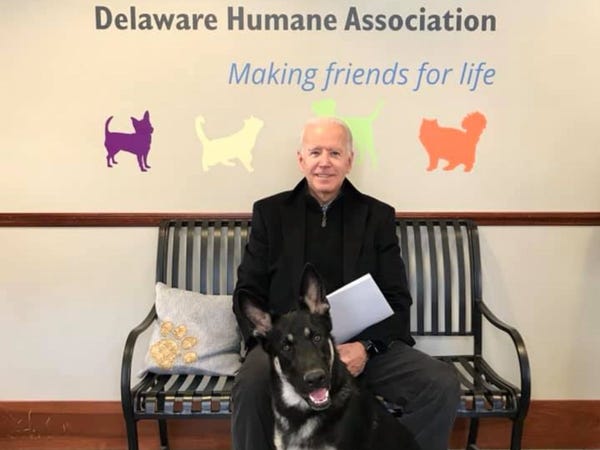 The Bidens adopted Major in November 2018, and he joined Champ as the family's second German shepherd. Major was the last rank Biden's son Beau held in the US Army JAG Corps before he died from a brain tumor in 2015. 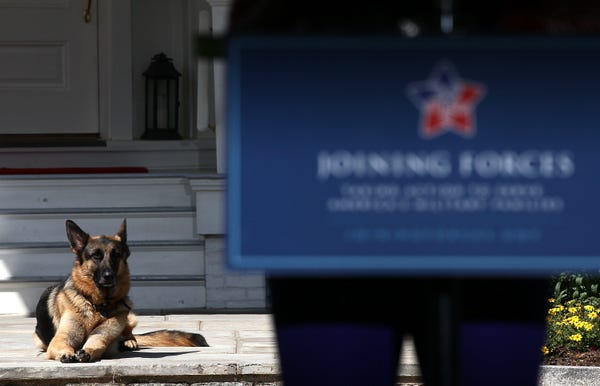 The Bidens have long been dog-lovers. When she was the second lady, Jill Biden created the Family Heritage Garden at the vice president's residence, which memorializes all past residents and their dogs on stone pavers. 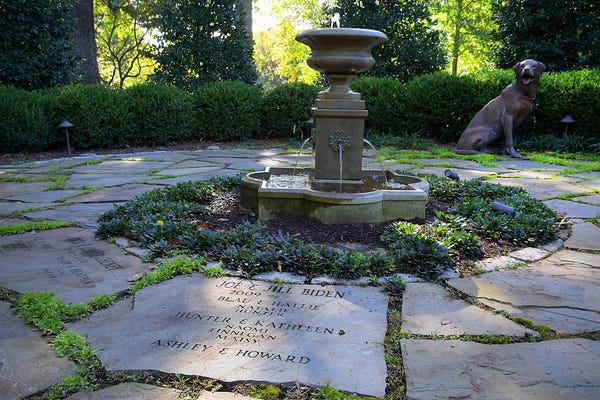