New York (CNN Business)ViacomCBS has been heavily advertising Paramount+, its new streaming service, with an ad campaign that has some of its biggest stars — everyone from James Corden to Beavis and Butt-Head — on an expedition to scale Paramount Mountain.

On Wednesday, consumers and the rest of the streaming world discovered what’s at that mountaintop.
In a three-hour event from the Paramount lot on Wednesday, ViacomCBS (VIACA) provided the first details for the company’s nascent streaming plans for Paramount+, which launches March 4. Paramount+ is a rebranding of the company’s current service, CBS All Access.

“This is not your father’s Viacom, and it’s not my father’s either,” Shari Redstone, chairwoman of ViacomCBS and daughter of the late media mogul Sumner Redstone, said as she opened the Paramount+ event. “This is a ViacomCBS that’s been reimagined for a new kind of marketplace and a new kind of consumer.”

Paramount+ will launch in the US and Latin America with a slew of content from the company’s biggest brands. That includes more than 30,000 episodes and movies from Paramount Pictures, CBS, Comedy Central, Nickelodeon, BET and MTV, as well as live programming such as sports and news — a rarity in the streaming space.
In addition to details including pricing and new content, the company also announced that it now has roughly 30 million streaming subscribers globally, 19 million of them in the US. The company also said that Pluto TV, its ad supported streaming service, now has 43 million monthly active users.
Bob Bakish, president and CEO of Viacom, said at the event that Paramount+ will lean heavily into scripted dramas, reality TV and children’s programming. That includes debuts of 36 original series over its first year.
“Paramount+ comes to the marketplace with real advantages that our competitors do not have,” Bakish said. “As you’ve seen from our marketing campaign, we have a mountain of entertainment… How big is that mountain? As you’ll see today, it’s a lot bigger than you think.” 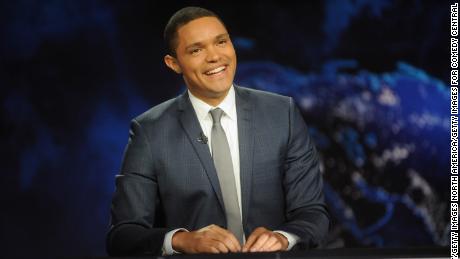 CBS Chief George Cheeks added that two iconic series will joining Paramount+. “Inside the NFL,” which takes football fans behind the scenes of the gridiron, will be exclusive to the service. Also, a version of “60 Minutes,” the popular news magazine, will be on the service called “60 Minutes+.
There will also be “The Offer,” a series about the making of “The Godfather” film and others series based on movies ranging from “Grease,” “Flashdance” and “Love Story.” A revival of the comedy “Frasier” and a series based on the blockbuster video game brand, “Halo” is in the works for the service, too.
And let’s not forget about one of ViacomCBS’ biggest brands: Star Trek.
The new service will be the home of the Star Trek universe, which include current and upcoming seasons of “Star Trek: Discovery,” “Star Trek: Picard, a new animated show called “Star Trek: Prodigy” and all 726 episodes from the six Star Trek series and a selection of the brand’s films.
Speaking of films, Paramount is longest operating studio in Hollywood, founded in 1912, and the service that bears its name will host the studio’s storied library of films.
Jim Gianopulos, Paramount’s CEO, said Paramount+ will have the studio’s great library, which includes such blockbusters as “Titanic,” “Forrest Gump,” the Indiana Jones films, the Mission: Impossible movies and hundreds of Miramax titles.
“We believe in the power of theatrical releases,” Gianopulos said at the event.
However, he announced that big films like “A Quiet Place Pt. 2” and “Mission: Impossible 7” will head to Paramount+ just 45 days after their release, far shorter than the usual theatrical release window of 90 days.

Children’s programming is important to the health of any streaming service, and Paramount+ will have one of the most popular names in kid’s content with Nickelodeon.
The service will have content from popular titles like Avatar: The Last Airbender, SpongeBob SquarePants, and a new Rugrats series.
Source: Read Full Article