Tesla, famously or infamously, doesn’t really spend any money on advertising. Contrast that with the traditional auto industry, which, for decades, has been among the biggest and most reliable ad spenders on the planet. In the “Mad Men” era, it was possible to devote an entire career to the Buick account and retire happily.

Tesla CEO Elon Musk isn’t exactly anti-advertising; several years ago, on a quarterly earnings conference call, he even speculated that Tesla would eventually develop an ad budget, because that would support the media and media — journalism — needs support.

I’m not sure if he feels the same way these days, but he has certainly discovered the value of so-called “earned” media: the positive messaging around your products or services that satisfied customers offer on their own, without any prompting. Think of people posting Instagram photos of their Teslas, accompanied by rave reviews.

Other categories are “paid” and “owned.” Paid is the old-school stuff: TV, print, radio, billboards, and now digital and social. It is what it sounds like; a company buys it, and these days, that often means giving money to Facebook or Google.

Owned is advertising that belongs to the advertiser and that they control. Tesla has sort of engaged in this practice. Think of the red Tesla Roadster that Musk’s other company, SpaceX, put into orbit in 2018. Or, more recently, of astronauts headed for the International Space Station in a SpaceX capsule getting a ride to their rocket in a Tesla Model X.

Opting for more old-school advertising has been a topic at Tesla before, but without much success. It’s easy to see why. Here are 10 times when Musk proved ads are pointless for Tesla: 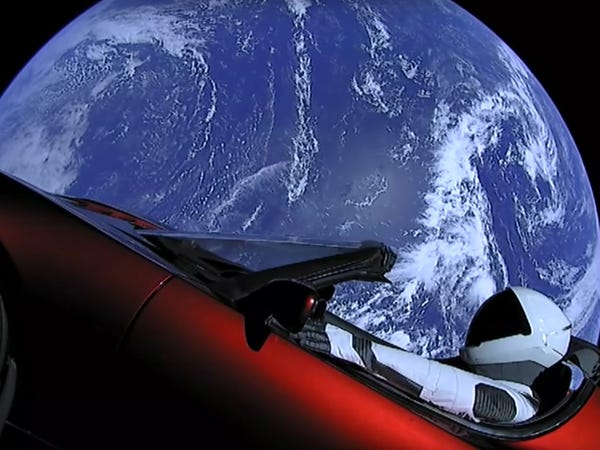 The Falcon Heavy rocket that SpaceX launched in 2018 required a dummy payload, and Musk decided that a Tesla vehicle would be ideal. His very own red original Roadster, in fact.

The car, piloted by a space-suited “Starman,” was released once the launch cleared Earth’s gravity well, to the strains of David Bowie, with the words “Don’t Panic” displayed on the car’s infotainment screen — a reference to Douglas Adams’ book “The Hitchhiker’s Guide to the Galaxy,” a Musk favorite. 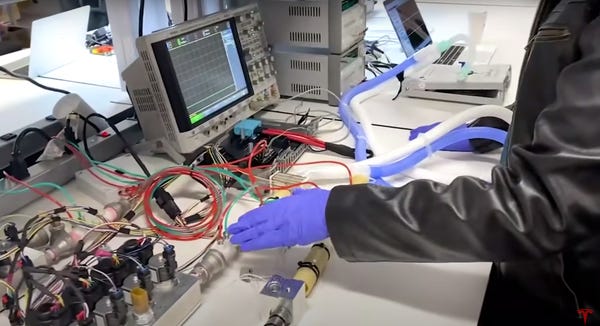 Ford and General Motors teamed up with, respectively, GE Healthcare and a ventilators maker called Ventec soon after concerns emerged that an upwelling in COVID-19 patients would exhaust the limited US supply of ventilators.

Tesla also jumped into the fray, with engineers repurposing auto parts to produce prototype ventilators that could be quickly manufactured. 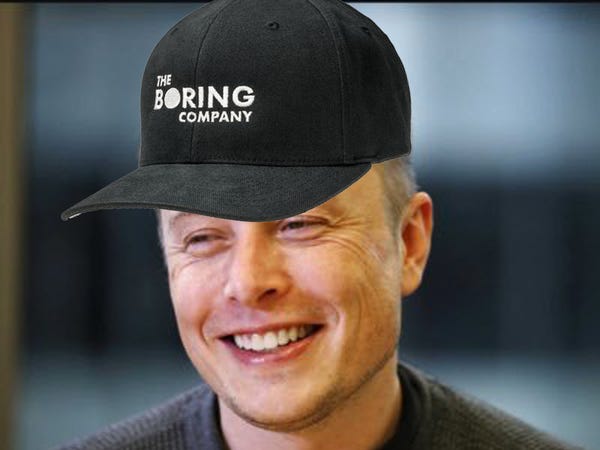 Musk got stuck in Los Angeles traffic a few years back and was so incensed that he started a tunneling concern, the Boring Company, to dig tunnels under congested freeways to speed up transit.

The company raised a cool $1 million in 2018 by selling hats. Later, it raised more by selling flamethrowers.

None of this was directly about Tesla, but it continued to brand Musk as a daring, problem-solving, irreverent innovator. 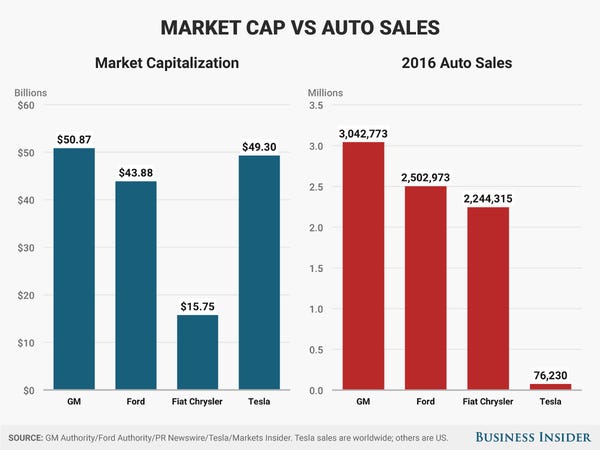 Musk and Grimes give their baby an unusual name. 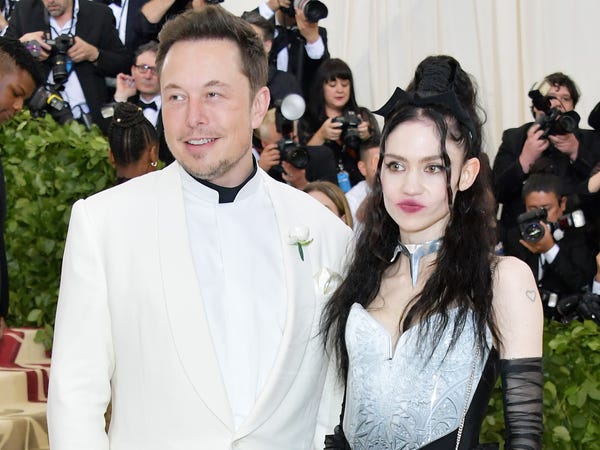 Musk is a weird sort of geek celebrity, but he has been married (twice) to actress Talulah Riley, and recently had a son, named “X Æ A-12,” with musician Grimes. The birth was widely covered.

All the while, Tesla was restarting its operations in China after a coronavirus shutdown and SpaceX was readying the first launch of astronauts to the International Space Station from American soil since the end of the Space Shuttle program.

Musk was too busy to think about advertising, so he just made news himself.

Musk talks to Joe Rogan and smokes some pot. Millions talk about nothing else for days.

Before Joe Rogan inked a $100-million deal with Spotify, he and Elon Musk broke YouTube with two hours of podcast in which Musk covered a lot of conversational ground and puffed on a large joint.

Not something that Henry Ford probably would have done, but it again bolstered Musk’s renegade reputation among his vast fan base, many of whom are also huge Roganites.

Musk's 2015 Sorbonne speech, in which he called for a carbon tax. 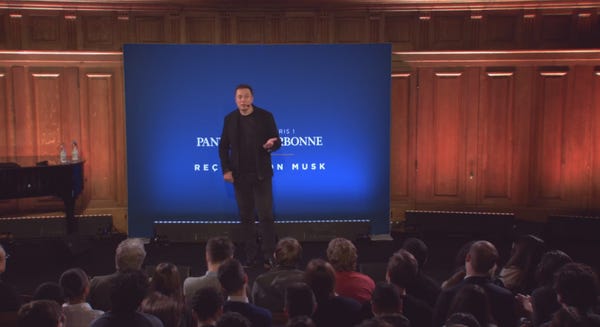 Somewhat a fading memory now, but in 2015, Musk conjoined Tesla’s mission to accelerate humanity’s exit from the fossil-fuel era with a pre-Trumpian US commitment to the Paris Climate Agreement.

Musk called for a carbon tax back then, taking Tesla’s guiding philosophy and marrying it to the imperative to fight global warming through massive government policy. In typical fashion, Musk showed that he — and Tesla — cared about far more than just selling cars.

But showing that they cared about more than selling cars … helped Tesla sell a lot more cars. By the end of 2019, it had delivered almost 250,000.

As with the Sorbonne speech, Musk used the 2016 takeover of then-struggling SolarCity — he was chairman, and his cousins had started the company — to extend Tesla’s green credentials.

At an event in Los Angeles, Tesla revealed its Solar Roof, a high-end product that combined energy gathering with Tesla’s already-existing electric-vehicle and energy-storage businesses.

It followed that if you wanted a Tesla roof, you’d consider a Tesla car and a Tesla battery pack. Synergy!

Musk takes the Steve Jobs presentation to a new level. 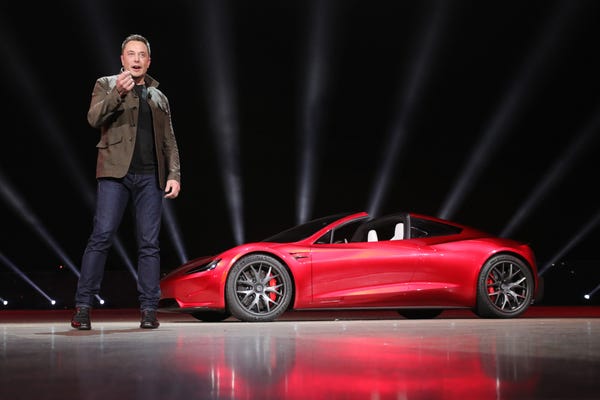 Tesla doesn’t do Apple-like presentations — it does raucous, rock-concert-like product reveals that put the competition to shame.

Musk is the emcee and ringmaster. He plays the role of 21st-century Thomas Edison to the max, firing up fans and getting the media to broadcast, comment on, and document the whole experience, all for the cost of an open bar and a great light show.

Musk is a real-life superhero. 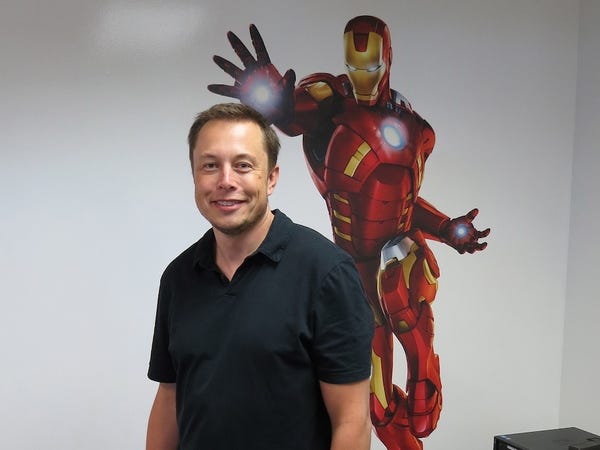 Musk was the model for Robert Downey Jr.’s Tony Stark character in the “Iron Man” movies, so every time the MCU took to the screen and Iron Man was included, Musk and Tesla benefited from reminders that the “real” Tony Stark was hard at work in Silicon Valley and Los Angeles, remaking the world.

Related News:
Business News:
24 Amazon Prime-eligible Mother's Day gifts under $100 you can get shipped quickly
There were no new SPAC debuts last week for the first time since March 2020, as signs point to the end of the blank-check craze
Lyft co-founder: Higher corporate tax to fund infrastructure 'makes sense'
Dogecoin vs SafeMoon: Is Dogecoin sinking? Latest price, stats and trading information
China to ‘dominate’ crypto economy as US and EU ‘asleep at wheel’ with digital currency
Recent Posts