Fewer Americans are calling their mortgage servicers to ask for relief from mortgage payments, but the housing industry isn’t out of the woods yet.

More than 4.1 million homeowners are in forbearance plans now, according to the latest data from the Mortgage Bankers Association.

While mortgage servicers are still facing stress because of the record deluge of requests for payment relief, signs suggest that homeowners’ prospects have improved as parts of the country have begun to emerge from coronavirus stay-at-home orders.

Overall, 8.16% of all mortgages were in forbearance as of May 10, meaning borrowers can either skip or make reduced payments, the trade group said. That was up from 7.91% as of May 3, which is the smallest increase since March. Forbearance requests dropped from 0.52% of the total mortgage volume to 0.32%.

“There has been a pronounced flattening in loans put into forbearance — despite April’s uniformly negative economic data, remarkably high unemployment, and it now being past May payment due dates,” Mike Fratantoni, chief economist for the Mortgage Bankers Association, said in the report.

The potential exception to this trend is the segment of the market for loans backed by Ginnie Mae, including Federal Housing Administration (FHA) and Veterans Affairs (VA) loans. More than 11% of Ginnie Mae loans are in forbearance because of the coronavirus outbreak. These loans tend to go to borrowers who are first-time homeowners with weaker credit — people who could be more exposed to the economic downturn the pandemic has caused.

While the pace of homeowners requesting forbearance has slowed, the end of the mortgage industry’s troubles isn’t necessarily in sight. A recent report from U.K.-based economic forecasting firm Oxford Economics estimates that 15% of homeowners will fall behind on their monthly mortgage payments.

The outlook for homeowners will likely depend on their ability to bounce back, particularly for those who have lost their jobs. The good news for mortgage lenders is that job losses caused by the coronavirus have largely been concentrated in the service sector, according to a report from First American Financial FAF, +6.59% , a title insurance company. Because these jobs are lower skilled and lower paid, it’s less likely that the newly unemployed already owned homes.

How is coronavirus impacting US agriculture?

With worldwide relief efforts in place to combat the coronavirus pandemic, Pepsi Co. announced a more than $45 million global initiative to support communities impacted by the outbreak.

The food and beverage giant said Thursday the funding will go toward protective gear for health care workers, testing and screening services and that it will distribute more than 50 million nutritious meals worldwide. 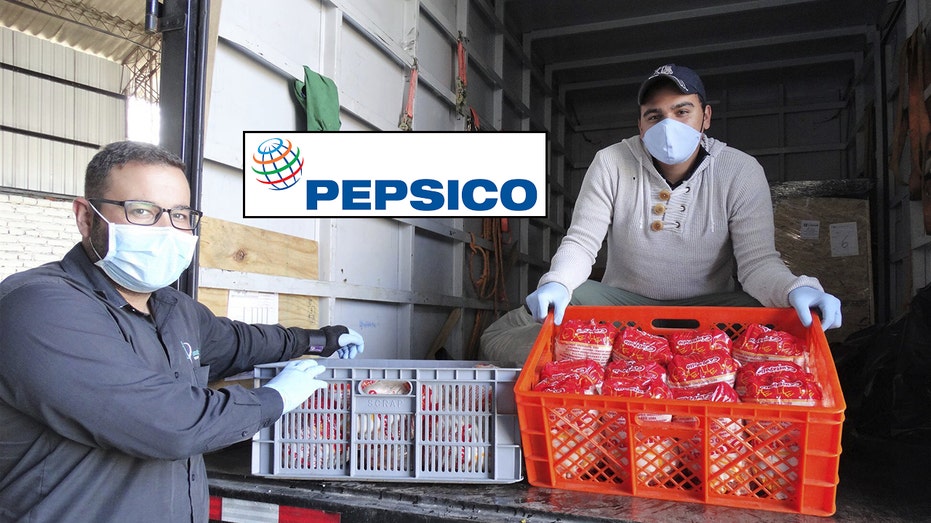 “This unprecedented crisis requires all hands on deck, and companies have a big role to play in directing critical resources to the most vulnerable,” PepsiCo CEO Ramon Laguarta said in a statement.

“We believe the best way we can support communities during this difficult time is by leveraging our expertise and capabilities, along with help from our partners, to bring food to our neighbors who need it most. We’re activating our global resources to do this now and provide other essential relief, and we will continue to do so as the world unites to tackle COVID-19," Laguarta said.

Pepsi is the latest company to step up to support health care workers and people in need. Companies across all industries from tech to makeup manufacturers, automakers and distilleries have done their part to pivot manufacturing efforts to produce personal protective equipment for hospitals or allocate funds to firms that can help amid ongoing shortages. Companies such as Apple, Delta Air Lines, Estée Lauder, Gap Inc. and Ford are among the many others who have pledged support.

As part of the $45 million investment, PepsiCo will allocate $15.8 million in North America, the nation with the most confirmed cases of the deadly virus. While many schools across the country are closed due to the outbreak, PepsiCo says it's focused on feeding the 22 million kids who receive low-cost or free meals through the U.S.’s National School Lunch program daily.

The company will allocate $7.7 million in funding to Europe, particularly to impacted countries such as Italy, Spain and France, where it will distribute personal protective equipment; $6.5 million in Latin America to support local food banks; and $7.2 million will go to Africa, the Middle East and South Asia. And $3.3 million will be allocated to Asia Pacific, Australia, New Zealand and China.

PepsiCo said it will expand on the investments in the "coming weeks."

Get all the latest news on coronavirus and more delivered daily to your inbox.  Sign up here.

The major futures indexes are indicating an increase of 1.8 percent when trading begins on Thursday.

Economists expect the next batch of U.S. jobless claims, due to be reported Thursday, to blow past last week's total of nearly 3.3 million initial claims. That was quintuple the prior record.

A report on Wednesday said private U.S. employers cut 27,000 jobs last month, though that was milder than expected. The survey used data from March before the number of people seeking unemployment benefits exploded to a record.

PRIVATE SECTOR SHEDS 27,000 JOBS IN MARCH AS CORONAVIRUS RIPPLES THROUGH US ECONOMY

The White House jolted financial markets when it announced Wednesday that anywhere from 100,000 to 240,000 Americans might die from the coronavirus even if the country avoids shopping trips, eating in restaurants and other public activities through April.

Department store icon Macy's has lost 74 percent so far in 2020. So much of its stock value has vanished that it was removed from S&P 500 index of big U.S. companies, effective Monday. It is being moved to the small-stock index.

U.S. investors were rattled by mounting evidence of the virus's impact on major companies.

On Wednesday, Whiting Petroleum, one of the biggest shale oil drillers in North Dakota's Bakken formation, applied for court protection from its creditors under Chapter 11 of the bankruptcy code.

Mortgage applications tumbled 24 percent from a year earlier after open houses are all but shut down.

The number of infections is rising despite anti-disease controls that have shut down much of the global economy.

There are more than 911,000 confirmed cases worldwide, led by the United States with more than 206,000, according to a tally by Johns Hopkins University.

For most people, the coronavirus causes mild or moderate symptoms, such as fever and cough that clear up in two to three weeks. For some, especially older adults and people with existing health problems, it can cause more severe illness, including pneumonia, and death.

The U.S. Congress last week agreed on a $2.2 trillion economic aid package and the Federal Reserve promised to buy as many Treasurys as needed to keep credit markets running smoothly.

Legislators are collecting ideas for a possible new round of aid. President Donald Trump tweeted his support for a $2 trillion infrastructure package. But top Republicans in Congress say they first want to see how well their newly approved programs do.

The Associated Press contributed to this article.