U.S. equity futures are trading higher early Thursday morning with major indexes trading near all-time highs as investors are parsing signals about the path of the economy and the intentions of the Federal Reserve as they consider how much more of a rally may be in store.

Fresh data on inflation will come on Friday with the release of the Federal Reserve’s preferred gauge. It will cover May, when the consumer price index saw year-over-year inflation of 5%.

U.S. futures were higher after a bipartisan group of U.S. senators proposed a pared-down plan for $559 billion in new infrastructure spending that could open the door to President Joe Biden’s more sweeping $4 trillion proposals.

Biden invited members of the group to the White House on Thursday to discuss the $953 billion infrastructure plan as a reported breakthrough had been reached in a bipartisan infrastructure framework. 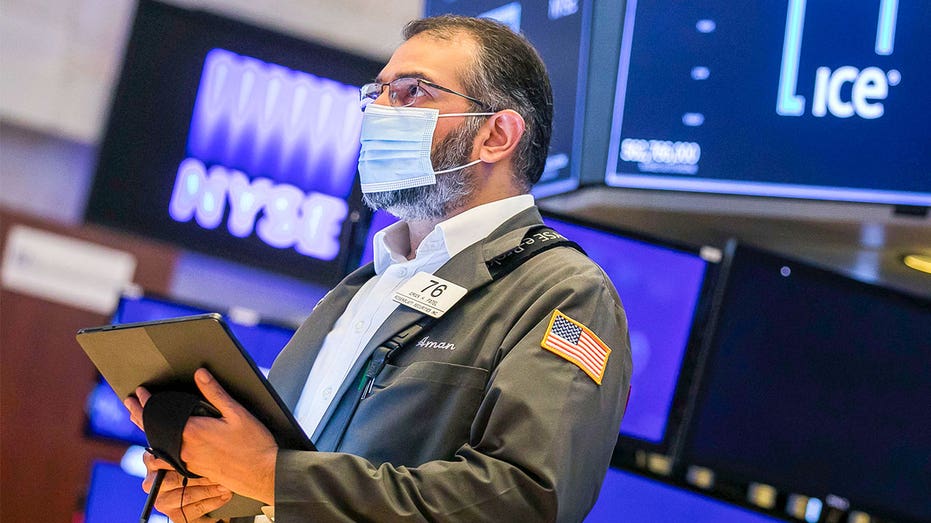 U.S. equity futures are trading higher early Thursday morning with major indexes trading near all-time highs as investors are parsing signals about the path of the economy and the intentions of the Federal Reserve as they consider how much more of a (Courtney Crow/New York Stock Exchange via AP / AP Newsroom)

The super-low rates the Fed engineered to carry the economy through the pandemic have propped up prices across markets, and any change would be a big deal, so the Fed’s announcement triggered selling of stocks and a rise in Treasury yields.

Most stocks in the S&P 500 fell, but gains for financial companies and others that do best when the economy is healthy helped limit the losses.

If higher inflation continues, the central bank will have to get more aggressive about raising rates. But before that, it will likely first have to reduce the bond purchases it’s making to keep longer-term interest rates low. Then it will actually begin tapering, before ending tapering and then signaling that a rate hike is coming.

In the meantime, the economy continues to roar higher, and corporate profits are soaring.

Tokyo and Shanghai were unchanged, while Seoul and Hong Kong advanced. Sydney declined following a listless day of trading on Wall Street.

"Sentiments may be largely echoing the US indices movement overnight, as markets await more economic data to drive further movement," Yeap Jun Rong of IG said in a commentary.

Shares rose in India and Taiwan but fell in Southeast Asia.

In other trading, benchmark U.S. crude oil picked up 33 cents to $73.41 per barrel in electronic trading on the New York Mercantile Exchange. It gained 23 cents to $73.08 per barrel on Wednesday. Brent crude, the international standard, rose 29 cents to $74.79 per barrel.