U.S. equity futures are trading lower ahead of Tuesday's opening bell following Monday's gains led by shares of industrial and financial stocks, which tend to be sensitive to changes in the economic outlook.

Federal Reserve Chair Jerome Powell says the economy is growing at a healthy clip, and that has accelerated inflation. In written testimony to be delivered at a congressional oversight hearing Tuesday, Powell reiterated his view that inflation’s recent jump to a 13-year high will prove temporary.

Powell’s remarks follow a meeting of the Fed’s policymaking committee last week, when central bank officials signaled they were prepared to raise rates earlier than they had previously suggested.

On Monday, the S&P 500 snapped 1.4% higher, to 4,224.79, recovering nearly three-quarters of its worst weekly loss since February. Oil producers, banks and other companies that were hit particularly hard last week led the way. 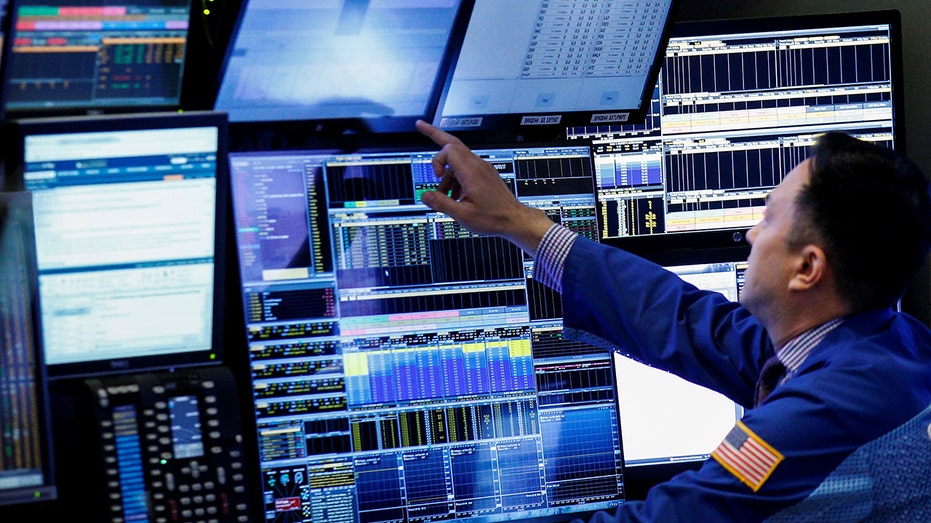 U.S. equity futures are trading mixed ahead of Tuesday’s opening bell following Monday’s gains led by shares of industrial and financial stocks, which tend to be sensitive to changes in the economic outlook. REUTERS/Brendan McDermid

Investors are still figuring all the ramifications of the Fed’s forecast that may start raising short-term interest rates by late 2023. That’s earlier than previously thought. The Fed also began talks about slowing programs meant to keep longer-term rates low, an acknowledgment of the strengthening economy and threat of higher inflation.

The market’s immediate reaction to last week’s Fed news was to send stocks lower and interest rates higher. Higher rates would make stock prices, which have been climbing faster than corporate profits, look even more expensive than they do already.

But it’s not like the Fed said it will hike rates from their record low of nearly zero anytime soon.

"If markets are worried about a march back to more normal monetary and fiscal policy as the economy recovers, it will be a very long march," Barings chief global strategist Christopher Smart said in a note. In the meantime, support from both the Federal Reserve and the U.S. government should continue to help stock prices, even if they do look expensive compared with history, he said.

Companies whose profits are the most closely tied to the economy’s strength and inflation were among the market's strongest on Monday.

Hess, Marathon Oil and Devon Energy all rose at least 6.9% as energy stocks rallied with the price of oil. Banks were also strong, with Bank of America up 2.5% and Wells Fargo climbing 3.7%.

High-growth companies able to flourish almost regardless of the economy lagged behind in a reversal from last week’s trend, when investors rattled by the Fed piled back into the biggest winners of the pandemic.

Amazon slipped 0.9%, and the lagging performance for tech meant the Nasdaq trailed other indexes.

Meanwhile, Asian shares were mostly higher Tuesday, with most benchmarks tracking Wall Street's recovery from the Federal Reserve's reminder that it eventually will provide less support to markets.

But despite the reassurance from Powell, renewed coronavirus outbreaks are clouding the outlook in much of Asia.

"Much of the region is dealing with renewed waves of COVID-19 infections. These waves, especially in the case of India, Indonesia and some other countries in Southeast Asia, are the most severe yet," said Venkateswaran Lavanya at Mizuho Bank in Singapore.