Uber Technologies Inc.’s revenue more than doubled last quarter and boosted its operating performance amid high inflation and worries about the weakening economy.

The ride-hailing giant Tuesday said revenue grew 105% to $8.07 billion for the three months through June. The company also posted adjusted earnings—a figure that excludes some expenses—of $364 million, its strongest ever. Both figures beat Wall Street expectations.

Revenue was partly boosted by high ride prices, triggered by a yearlong driver shortage in the U.S. The company also changed how it accounts for its rides operations in the U.K., giving a boost to revenue from the prior year.

Tuesday’s results signaled that the company’s efforts to trim its losses while continuing to grow were working, though it still posted a $2.6 billion net loss, driven in large part by accounting adjustments to reflect the falling value of its stakes in Chinese ride-hailing giant Didi Global Inc., Southeast Asia’s Grab Holdings Inc. and Aurora Innovation Inc.

The company said it generated free cash flow of $382 million in the quarter.

Uber said that the pace of improvement in the underlying business may moderate. Activity on the platform so far this quarter suggests bookings for its delivery business in the current period will be roughly flat from the second quarter, it said. Bookings include Uber’s revenue and the money that goes to others, such as drivers or restaurants.

The company forecast the total value of bookings on the platform to be between $29 billion and $30 billion in the September quarter, in line with Wall Street’s forecast of $30 billion, and broadly on par with the $29.1 billion in the June quarter.

One of its most closely watched financial metrics, adjusted earnings before interest, taxes, depreciation and amortization, should come in between $440 million and $470 million in the current quarter, the company said. That is a smaller improvement than in the second quarter, but ahead of the $383 million Wall Street has been projecting. This metric strips out some expenses such as asset write-downs and stock-based compensation that executives consider to be outside a company’s core operations. 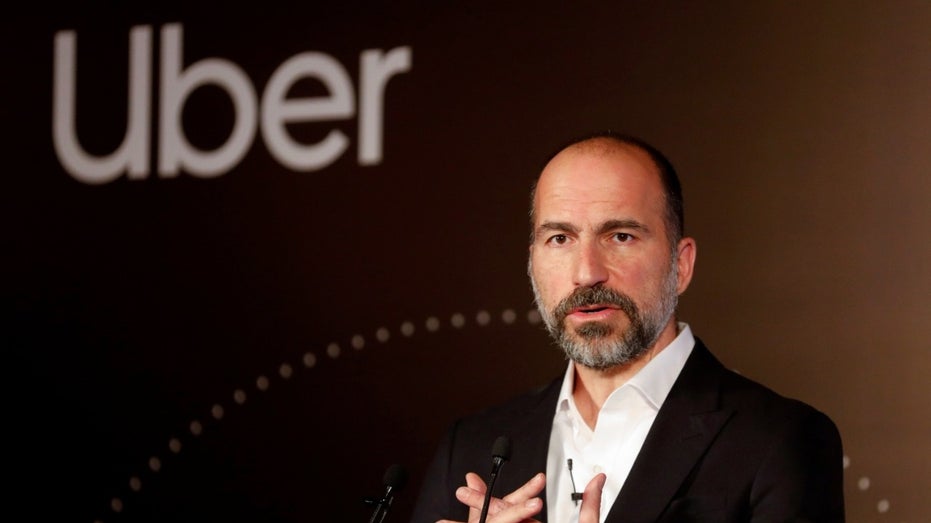 Uber’s ride-hailing bookings drove much of the top-line growth in the most recent quarter, recording a 55% jump, and it also underpinned the company’s stronger-than-expected operating income.

The company’s delivery unit, Uber Eats, is expanding on top of record-breaking business during the pandemic, but growth has cooled in recent quarters. Uber Eats’ bookings grew 7% last quarter, missing analysts’ projections. The unit’s bookings almost doubled in the same quarter a year ago.

Still, Uber is making more money from its deliveries than before because of higher volume—driven by its expansion into household essentials and groceries—and lower delivery costs by combining those items with food, the company said.

For a year, Uber and its ride-share rival Lyft Inc. have contended with another challenge: not enough drivers to meet the growing demand for their rides. The labor shortage pushed up prices for rides and fares have continued to remain elevated.

That may be changing, the company indicated. "We saw an acceleration in both active and new driver growth in the quarter," Chief Executive Dara Khosrowshahi said in prepared remarks. The company ended the second quarter with a record number of drivers and food-delivery couriers, he added.

Uber said that in July, wait times for riders and "surge trips," which kick into effect when drivers are in short supply, were nearly at their lowest levels in a year.

Neither Uber nor Lyft have said how many more ride-share drivers they need to meet demand.

Last week, Uber rolled out a host of new features in an attempt to sweeten the deal for ride-share drivers. One feature allows drivers to see earnings upfront, while another feature allows them to choose from a list of potential trips as opposed to sticking with the ride Uber matches them to.

High gas prices have also weighed on drivers. On Tuesday, Uber said that 13.3 million trips took place in electric vehicles last quarter, quadrupling from the same period a year ago, though still a sliver of the 1.87 billion trips over the quarter.