London (CNN Business)Supply chain bottlenecks are weighing on economic growth in Europe. The same problem is hitting China as it battles an energy crunch and concerns about its huge real estate sector. And in the United States, factories can’t produce as much as they’d like due to shortages of workers.

What’s happening: Recent data makes clear that the world’s major economic engines are losing steam, generating uncertainty about the strength of the coronavirus recovery.
The latest warning came Friday, when data provider IHS Markit released its Purchasing Managers’ Index, a closely-watched gauge of economic health, for the 19 countries that use the euro.

The survey found that business activity in the region “slowed sharply to a six-month low in October” as snarled supply chains hit the manufacturing sector. Spending on services — a category that includes dining out, going to the movies and transportation — also took a hit due to “ongoing Covid-19 concerns.” 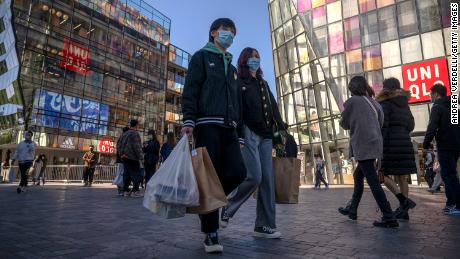 Step back: For months, economists have argued that while supply chain problems are frustrating, they are outweighed by rocketing demand from shoppers who saved up during the pandemic. But the situation is starting to have a real impact on sentiment. IHS Markit found that in Europe, optimism in manufacturing hit its lowest level in a year due to concerns about securing parts.
The October PMI reading for the United States arrives later Friday.
There’s more: The worrying data in Europe comes days after China — the only large economy to avoid recession in 2020 — said that its economic output is growing at the slowest pace in a year.
The country has been hit by shipping delays and mounting inventories, while an energy squeeze is denting factory production and leading to power cuts in some areas. Pressure is also building on China’s heavily-indebted real estate sector, which accounts for as much as 30% of GDP.
Meanwhile, the Federal Reserve said this week that US industrial production dropped 1.3% last month, as plants struggled with shortages of materials and qualified workers as well as the aftermath of Hurricane Ida.
Bringing it all together: It’s hard to look at these developments without wondering whether economists are still too rosy about the state of the global economy. They remain cautious, but largely unfazed. In a recent update of its economic projections, the International Monetary Fund said it expects the world economy to grow 5.9% in 2021, just 0.1 percentage points lower than its July forecast. The outlook for 2022 remained unchanged.
“We’ve had a dramatic economic rebound, and that rebound is now transitioning to a recovery that’s happening at a slower pace,” Jeffrey Sacks, head of investment strategy for Europe, the Middle East and Africa at Citi Private Bank, told me.
Big picture: The global economy, following a massive crash, looks incredibly strong by historical standards. But when prices start rising significantly at a moment of slowing economic growth, Wall Street and policymakers need to monitor the situation closely.

Snap’s stock has never seen a crash like this

Shares of Snap (SNAP), the parent company of Snapchat, have seen some big swings since they started trading on the New York Stock Exchange in 2017. But never like this.
The company’s stock plummeted as much as 25% in after-hours trading on Thursday after it warned that recent changes to Apple’s privacy policies were hurting its business, my CNN Business colleague Rishi Iyengar reports. Shares were last down 20% in premarket trading Friday. 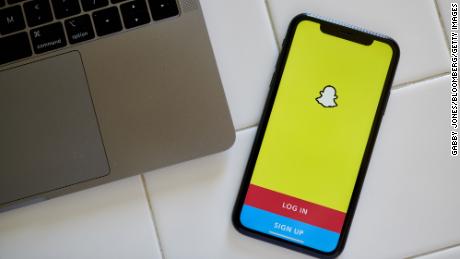 Breaking it down: The company “grappled with industry changes to the way advertising is targeted, optimized, and measured on iOS that created a more significant impact on our business than we had expected,” Snap’s chief business officer Jeremi Gorman said, referring to Apple’s operating system.
Apple rolled out new privacy features as part of its iOS 14.5 update earlier this year, which gives iPhone users the ability to more easily opt out of letting apps track their behavior and sell their personal data to advertisers.
Snap had braced for the changes but was surprised by how big the impact was, according to CEO Evan Spiegel.
“While we anticipated some degree of business disruption, the new Apple provided measurement solution did not scale as we had expected, making it more difficult for our advertising partners to measure and manage their ad campaigns for iOS,” he told analysts.
The problem was made worse by supply chain issues and labor shortages. Companies don’t want to buy ads if they can’t meet the extra demand, Spiegel added.
Not alone: Facebook (FB) has been extremely vocal that it expects the iOS changes will damage its business, too. It launched a public relations bid opposing the overhaul late last year, claiming the move would be “devastating” to millions of small businesses that advertise on Facebook.
“We know businesses are experiencing challenges because of platform changes,” Sheryl Sandberg, the company’s chief operating officer, said in July.
Shares of Facebook, which reports results early next week, are down 3.6% in premarket trading Friday.

Trump hits the market. His price could go down

Former President Donald Trump is plotting a return to Wall Street.
Trump, whose companies have a long history of filing for bankruptcy, announced a deal this week to bring a new media company public by merging with a SPAC, or a special-purpose acquisition company, my CNN Business colleague Matt Egan reports.
Trump Media & Technology Group, which is chaired by Trump, said it will launch a new social media platform that the former president pledges will “stand up to the tyranny of Big Tech.” It will make its debut by combining with Digital World Acquisition Corp., a “blank check” company that exists to bring private firms to public markets.
The blank check firm’s shares nearly quadrupled on Thursday, finishing up 357%. But the hype may not last long.
The latest filings did not indicate how much revenue — if any — Trump Media & Technology Group generates. Yet it’s likely to be minimal given that the firm’s social media platform hasn’t launched yet.
Jay Ritter, a University of Florida professor who studies IPOs, said companies with less than $100 million in revenue at the time of going public tend to “dramatically” underperform the rest of the market.
SPAC returns have also been “weak” recently, especially after deals have closed, according to an analysis published by Goldman Sachs in mid-September.
Running the numbers: Since its high in February, the main exchange-traded fund tracking various SPACs has dropped more than 27%. The S&P 500 has climbed 16% during the same period.

Also today: IHS Markit’s PMI reading for the United States arrives at 9:45 a.m. ET.
Coming next week: Democrats wanted to pass President Joe Biden’s infrastructure, climate and social services package by the end of the month. Can they pull it off?
Source: Read Full Article