Now is the time for Elon Musk to do a Tesla stock buyback: Dan Ives

Amid rumors of a production slowdown in China, Tesla’s share price backpedaled nearly 7% on Monday as institutional investors begin keeping an eye on global demand.

Bloomberg reported the electric vehicle manufacturer would begin reducing production of the Model Y at its Shanghai facility by 20% this week.

Edward Moya, senior market analyst for Oanda, told FOX Business that the cut in production is "scaring some investors into believing the outlook is going to get worse if they shift production outside the country."

"Shareholders also remain frustrated with how the stock price has performed, but most remain committed to the stock," he said. "Meanwhile, institutional investors are now concerned with not only the declining production in China, but a weakening global demand." 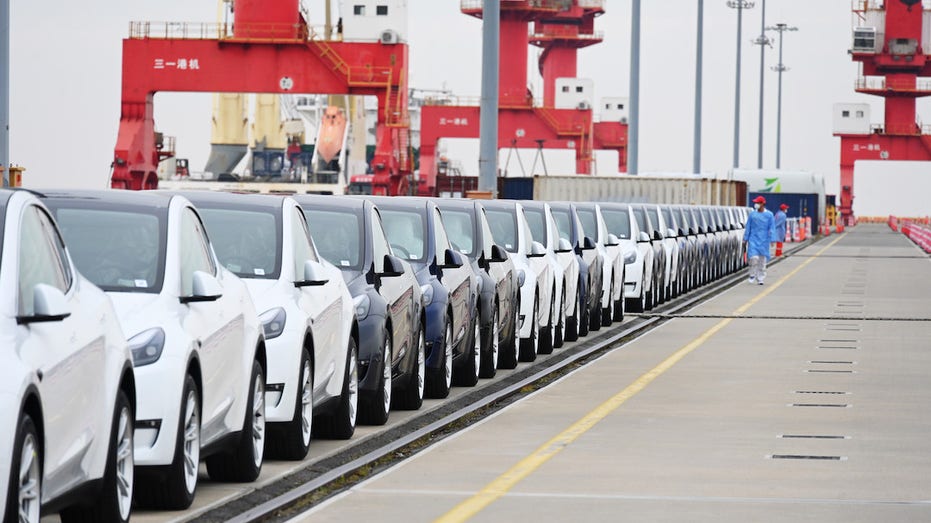 The decision was made after the automaker evaluated its near-term performance in the domestic market.

According to Bloomberg, a representative for the company in China refused to comment, while Shanghai Securities News reported the planned cut in production was "false information."

Over the last five days, Tesla shares are clinging to an approximate 0.35% gain, but remain down roughly 6.86% the last month and 32.07% the last three months.

Year to date, the share price has plummeted around 47.89%, while moving almost 46% into red territory over the last year.