Hong Kong (CNN Business)Japanese billionaire Masayoshi Son says the Covid-19 pandemic will continue to wreak havoc on companies in the short term, and that he is stockpiling cash to prepare for a “worst-case scenario.”

While effective vaccines and Covid-19 treatments could soon be coming, the SoftBank CEO said he is pessimistic about second and third wave outbreaks currently playing out around the world.
“In the next two [to] three months, any disaster could happen,” Son said on Tuesday, speaking from Tokyo at The New York Times’ Dealbook Conference held online this year.

SoftBank announced a fire sale of assets earlier this year to shore up its balance sheet as the pandemic roiled global economies and sent the value of its tech-focused Vision Fund plunging. The initial plan was to sell $41 billion worth of assets, but Son said SoftBank ended up doubling that target.
“It’s the first time in our history to liquidate many of the assets as quickly as possible,” he said. 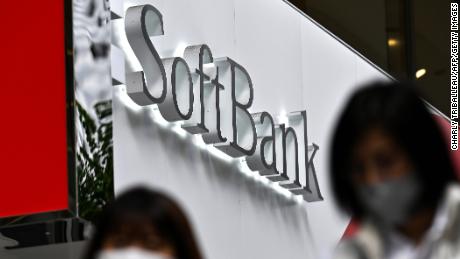 Before mass distribution of coronavirus treatments or a vaccine become available, “some major company could crash” and cause a “domino effect” in related industries, he said, using the collapse of Lehman Brothers to illustrate his point.
The fall of just one bank shook the entire banking industry and sparked a global stock market crash, he said.
“I still want to be prepared for the worst-case scenario, so that’s why today we have now almost $80 billion cash in hand ourselves,” Son said.
Some of that stockpile has already been used to buy back shares in SoftBank, which Son has repeatedly lamented are undervalued by investors.
The tech tycoon is also investing in established tech companies, a move he insisted is consistent with his long-term strategy of betting on the coming artificial intelligence revolution.
Companies like Google (GOOGL), Amazon (AMZN), Facebook (FB) and Apple (AAPL), he said, are key players in the development of AI.
“Unicorn, public or private, [it] doesn’t matter. I just want to bet for the AI revolution,” Son said.
Some of the bets have already gone sour. SoftBank last week reported losses of 131.7 billion yen ($1.3 billion) “from investment in listed stocks and other instruments” for the six months ended in September. During an earnings presentation, Son described his company’s latest strategy of investing in highly liquid, blue chip companies and derivative products as “a pilot program.”
The SoftBank founder is best known for plowing huge amounts of money into private tech startups, a strategy that has over the years reaped both huge rewards and public embarrassment.
Son’s most famous investment was $20 million in Alibaba (BABA) 20 years ago — a bet that was worth $60 billion when the Chinese e-commerce company went public in 2014. More recently, he has been dogged by a disastrous investment in WeWork that ended with SoftBank having to bail out the office space startup with a costly rescue package.
“We made a lot of loss in the investment in WeWork, billions of dollars. And that is my mistake,” Son said.

“But luckily, we have some other hit [investments]. So in total score, we are still positive,” he said, adding that he remains hopeful that the Vision Fund will make Softbank even more money.
The massive tech investment vehicle backed by Saudi Arabia booked gains of 141.4 billion yen ($1.4 billion) for the six months that ended in September after it sold shares in four companies and cashed out of six others, SoftBank said in a filing last week. The filing did not disclose which companies the fund exited.
Source: Read Full Article