One of the country’s biggest stockbroking firms has sacked an adviser after learning he put millions of dollars of clients’ money into investment products the broking house didn’t authorise or recommend.

Shaw and Partners notified the Australian Securities and Investments Commission, and emailed 27,000 clients on March 9, alerting them to the situation, which unwittingly caught the 35-year-old broking firm off-guard. 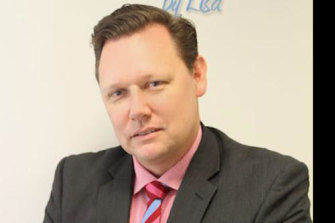 Kristofer Ridgway was sacked from Shaw and Partners.Credit:LinkedIn

Sources, who asked not to be named for confidentiality reasons, believe the adviser Mr Kristofer Ridgway, introduced more than 40 of Shaw’s clients to financial services firm McFaddens Securities and its predecessors, run by Mr David Sutton, who is then believed to have put them into at least three unlisted products.

Mr Ridgway was sacked on March 4 after a client lodged a complaint with Shaw’s head office about one of the products, which was yet to deliver on any of its promises. It triggered an extensive investigation by Shaw after it realised Ridgway had worked outside of its systems and procedures, introducing Shaw clients to products that were not on its approved product list. 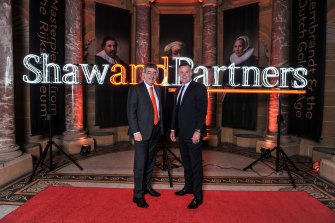 Mr Earl Evans, Shaw’s co-chief executive, says clients were placed into those funds without the firm’s knowledge. “This is a serious concern and as soon as we were alerted to the breach we involved the regulator, other authorities, our lawyers and contacted all clients,” he said. “It is an isolated incident by one broker, and it is not a reflection of who we are.”

The failure by Mr Ridgway to disclose this to clients or Shaw was a breach of the firm’s internal policies and may amount to a breach of the Corporation’s Act. ASIC has not confirmed whether it will take any action.

Sources said Mr Ridgway received secret fees, which were not disclosed to his employer or clients.

Mr Ridgway joined Shaw in October 2013, and prior to that worked at Bell Potter for nearly two decades.

Mr Ridgway, 52, was contacted for comment but declined to respond to a series of questions saying he would have to “seek guidance from my legal team”. The father of three relocated to Sydney after his termination from Shaw.

Mr Sutton, 78, works out of an unmarked office in Sydney’s central business district, with a female colleague.

When asked by The Sydney Morning Herald and The Age if they knew Mr Ridgway they both initially said did not.

Mr Sutton then conceded he did know Mr Ridgway but denied the adviser worked for McFaddens. He confirmed that Mr Ridgway had referred clients to him.

When pressed further if those unlisted products were liquid and if clients were able to withdraw their money, Mr Sutton said yes. “They are in the process of being listed.” He declined to answer any further questions.

One of the unlisted funds that Shaw’s clients were put into was Steppes, which claims to have $3.7 billion in assets under management. The last audit of Steppes was in 2018.

Another unlisted product, ASAF Critical Metals, also has question marks over it. A related entity, Aus Streaming, collapsed in 2018. The courts appointed PwC to investigate the validity of the assets.

Mr Sutton was a director of Aus Streaming.

The PwC report filed with ASIC and obtained by The Sydney Morning Herald and The Age, found “a systematic and deliberate attempt since at least 6 September 2016 to mislead Aus Streaming’s external stakeholders as to the value of the Investments.”

It said the most recent valuation of $U128 million was commissioned by ASAF and a review of the valuation suggests it “does not conform with normal valuation practices,“. It said it wasn’t prepared by a qualified valuer and there was a “deliberate opaqueness to the structure, management and business activities of what appears to be a large group of interconnected organisations (including Aus Streaming), registered in a number of jurisdictions spanning the globe.”

It said representatives including Mr Sutton appeared to have a longstanding involvement with the group.