Labor senator Deborah O'Neill has called for AMP chairman David Murray and Boe Pahiri to resign over the troubled wealth giant's handling of sexual harassment allegations, as the Senate finance committee deliberates on whether to probe AMP's corporate governance.

AMP promoted money manager Mr Pahari to lead its capital management arm in June after he was penalised $500,000 – or one quarter of his annual bonus – for breaching the bank's code of conduct after sexual harassment complaints were made by a female subordinate, Julia Szlakowski, in 2017.

The details of the case – including allegations Mr Pahari changed Ms Szlakowski's London hotel booking and repeatedly contacted her after 3am – were heard by the board when deciding which employee should lead the $198 billion entity, AMP Capital. 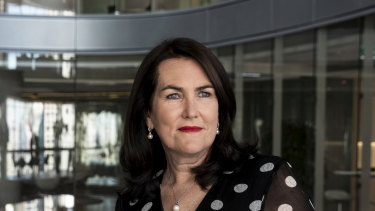 AMP chief executive Francesco De Ferrari said he and the board had "examined this matter at length" in the decision to promote Mr Pahari.

Senator O'Neill said the company should have a zero tolerance approach to sexual harassment and the promotion meant there needed to be a change of leadership.

"For a board to know that, and to ignore it, and to go ahead and position Boe Pahari in that very senior role just speaks volumes to the tin ear that they have for the realities of our time," Senator O'Neill told The Sydney Morning Herald and The Age.

"It’s time for a very significant shake up in AMP. There are massive cultural problems."

Mr De Ferrari has said addressing AMP's cultural problems is now his number one priority but refused to comment on whether this involved sexual harassment. Senator O'Neill said it was clear there had been a mismatch between "rhetoric and action" and called on the CEO to sack key executives.

"What I’m starting to see right across this country is a remorselessness from people at the top. If you want to be the leader, you need to take responsibility," she said.

Senator O’Neill has been calling for the parliamentary financial services committee to probe AMP’s corporate governance over the termination of longstanding buy-out contracts with retiring advisers that has left many in debt and triggered a class action. She said there needs to be a full review of AMP's corporate governance, including the sexual harassment complaint.

"AMP are eating their own. It’s just wrong," she said.

Liberal MP Jason Falinski said the committee should probe systemic issues and queried whether AMP's handling of Ms Szlakowski's complaint signalled a wider problem in the legislation around corporate governance. 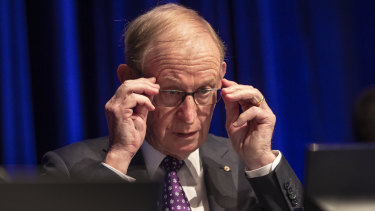 Mr Falinski said AMP had "clearly" mishandled the promotion of Mr Pahari and called for the company to take further action.

"I don't think it shows they’re not taking it [sexual harassment] seriously. What it does show is, well, given this, can you demonstrate that you take this seriously?

"Everyone deserves to work in a safe workplace in that respect. This situation has clearly raised questions and they need to assure us that’s the case."

However, Mr Falinski stopped short of calling for Mr Murray or other executives to resign. "These are people with track records of promoting and attracting quality people regardless of their gender."

Senator James Paterson, who chairs the committee, said there had not been a decision on whether AMP should appear before the committee and would not comment on Senator O'Neill's call for Mr Murray to resign.

AMP will appear before the lower house economics committee next month and chair Tim Wilson said he would probe practice and culture at the historic wealth manager.

"The current situation raises questions about internal probity and accountability, as well as whether they are investigating matters appropriately and promptly which should guide decision making about whether any executives position is tenable," Mr Wilson said.

Mr Murray and AMP have been contacted for comment.