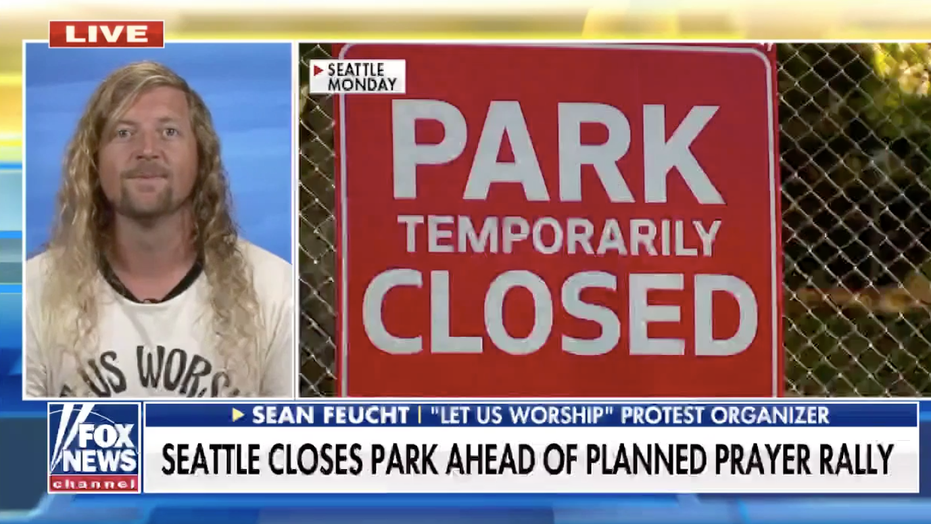 A planned Christian prayer rally in Seattle was closed by "godless politicians" while Antifa was rioting in the city, "Let Us Worship" rally organizer Sean Feucht told "Fox & Friends" Tuesday.

But that didn't stop the Christian group from holding the worship rally on Labor Day.

"Last night it was pretty easy, we just pivoted and called it a worship protest, so now technically it's legal and we went to the streets," Feucht, Hold The Line founder, said.

Seattle Parks and Recreation said the park was closed beginning Sunday night "due to anticipated crowding that could impact the public health of residents.” 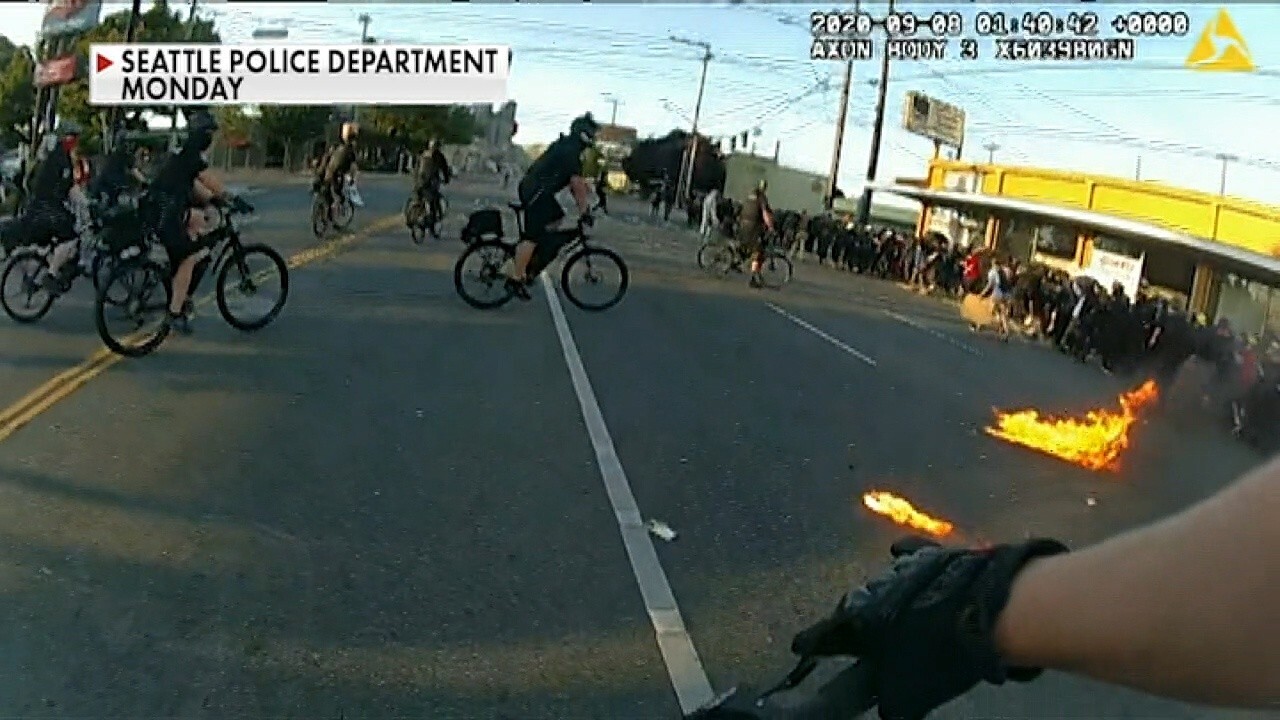 "It’s so wild, because yesterday, they had on 4th Avenue in Seattle, they had Antifa rioters throwing Molotov cocktails at policemen, and yet the city focused their energy on our peaceful worship and prayer rally in Gas Works Park," the California-based pastor explained.

The park was barricaded with fences put up around it, which Feucht said was to block them from gathering to worship and noting that tax dollars were "wasted" by city officials amid the left-wing demonstrations.

"It was obviously a targeting and discrimination towards believers in the city," Feucht told co-host Ainsley Earhardt.

"There’s just a bias," he added. "You know, it’s the height of hypocrisy right now that they’re letting these cities, you know, succumb to rioting and burning and pillaging and yet they’re targeting Christians."

This was Feucht's 21st city amid his "Let Us Worship" rallies from New York City to Los Angeles, and the last time he was in Seattle, on Aug. 9 at Cal Anderson Park, hundreds gathered in a similar event.

"What we’re experiencing across America is especially with the churches being closed and, you know, these godless politicians that are taking aim at the church, you know, people are rising up. There’s a backlash that’s growing," Feucht said. "We had 12,000 people that gathered with us at the capitol in Sacramento two nights ago and it’s just continuing to build momentum."

The Christian leader said he was largely focused on missions abroad until the pandemic hit.

"I felt like the Lord said, 'Focus on your nation for the sake of your children,' you know, fight for America and so that’s what we’ve been doing," he said."